An Asian Fusion
Pranaya Limbu had dreamed of opening a noodle bar of his own in Nepal for a very long time. As someone who would choose a bowl of steaming noodles over a plate of dal-bhat any day, this seemed like his true calling. Thus opening his noodle bar, Luma in Boudha, was a dream come true for him.

Having been a student of culinary arts and with a degree in Tafe course from Australia, Pranaya particularly chose to lean towards Asian flavors at his noodle bar. “Most people tend to think of Ramen and the likes at the mention of noodles. It’s the same with me too. Noodles with Asian influences have the spice and the zing that Nepalis favor. I thought bringing that here would be a good idea,” he says.

Pranaya’s name translates to ‘Lungma’ in his native language. From ‘Lungma’ he derived ‘Luma’ and the name stuck. Luma’s menu is a combination of Japanese, Chinese, Korean, Tibetan, and Nepali flavors. And while in its first year Pranaya exactly replicated these noodle dishes, he soon realized that the taste could be a little too foreign for Nepalis. “We would have to explain the dish elaborately and most were hesitant to try them out. During our first year we couldn’t do well so we redesigned the entire menu. We mixed in some Nepali-palate friendly spices and tried to tone down the strong East Asian flavors,” says Pranaya. 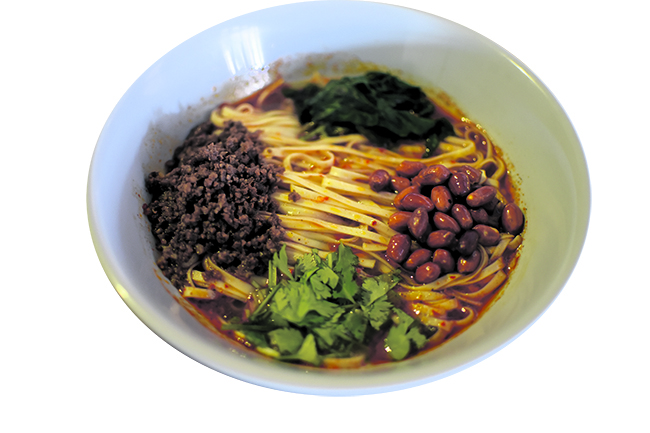 Luma’s Hot and Sour noodles is a bargain for the price. Topped with roasted peanuts, fresh greens, a generous amount of buff keema and served with broth that has both the spice and the zing, this bowl is ideal for cold rainy days. Meaning, this is the best time for some Hot and Sour noodles. 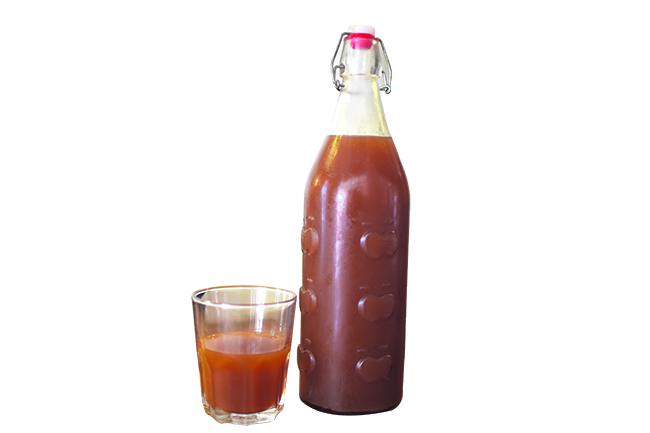 Kombucha is fermented black tea that is slightly alcoholic but it’s a wonderful substitute for any fizzy drink. Popularized by Northeastern Chinese cuisine, it’s a great drink to wash down a heavy meal. Fresh and sweet with a hint of sour, it’s especially good after some spicy noodles. 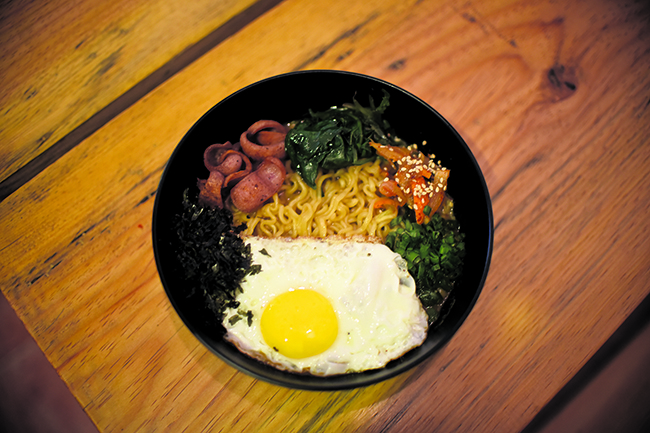 Restaurants these days are upping their Ramen game, trying to interpret it in non-traditional ways. Ramen is traditionally served with semi-thick broth and in abundance but at Luma they make their broth (blanched chicken bones boiled for two hours) thick and creamy. Not so thick so it appears like a curry but thick enough. To add to this it comes with fried sausages, sunny side egg, and seaweed. A good meal but we wished there had been a little more.

Sincerely from China
When Yang Dengke landed in Nepal a few years back he wished to bring his country’s food along with him. Sure there were Chinese restaurants all over Kathmandu, but they were suited to the Nepali palate. So he decided that he would bring authentic Chinese street food to Nepal.

So he opened Kungfu Noodles in the heart of Thamel and set up the place to resemble street food selling stalls in China. As is typical of Chinese eateries, an entire wall at Kungfu Noodles displays the menu. A total of 15 noodle dishes and 20 side dishes are included in the menu. From typical fried eggs and seasoned cucumbers to the not so typical pork paws and buff tongue are included in the side dishes.

Manager Manoj Adhikari who oversees the operations at Kungfu Noodles shares that their noodles are handmade and all other ingredients are imported from China. The noodle bar has been in operation for nearly two years now and in its first year a chef from China designed the menu and trained the employees in the traditional ways of Chinese food. A total of seven people work on everything, from the preparations to serving customers, from eight in the morning to ten in the evening.

“Given the popularity of East Asian food in the last few years, there’s a noticeable increase in interest. While we opened for a niche market, we have loads of people traveling hours to come to us and most are regular customers,” says Adhikari. 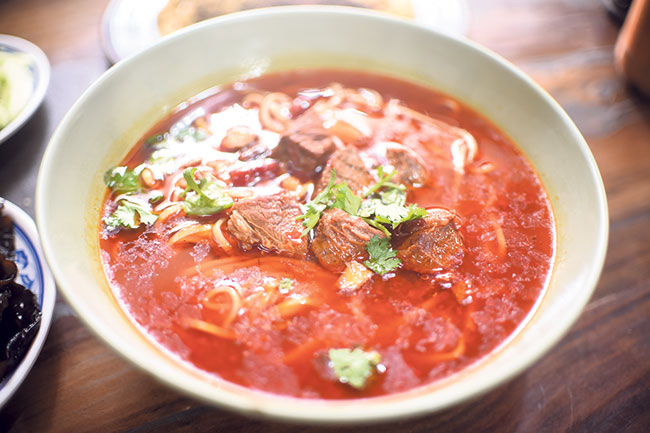 This comes with lots and lots of szechuan pepper and big chunks of buff pieces. The noodles are served hot and spicy so even for those with a high tolerance for spices, it’s inferno on the mouth. The noodles are firm but they don’t soak in the broth, which isn’t necessarily a bad thing because it makes the noodles chewy. By the time you finish a bowl there’s an almost satisfying numbness on your palate. Hot, spicy, meaty and chewy noodles, this specials dish is representative of Kungfu Noodles’ entire menu. You may think that a good bowl of noodles absolutely needs a bowlful of steaming broth. This dish proves that noodles could still be glorious without the broth. The dish comprises of pickled mustard tuber, peanuts, dry noodles and minced meat – the four horsemen. The right way to eat this is to mix in all your toppings. The noodles retain a thick coating of flavor and with the coarseness of the meat this dish is just perfect.

Agaric and Cucumber served with vinegar
Price: Rs 150 each

Agaric is essentially Chinese mushroom treated with some vinegar. The rubbery texture of agaric is especially good with a bowl of extra spicy noodles. The combination is chewy and refreshing. The cucumber dish is another fresh addition. There’s a hint of garlic, hot peppers, and sesame seed there. Plus, it gives you a nice crunch when you are having soft noodles.

20-men preliminary squad announced as Sarki, Jora and Sarraf graduate from U-19 cricket