Land lost during monarchy is being retrieved by republican government: NCP Chair Dahal 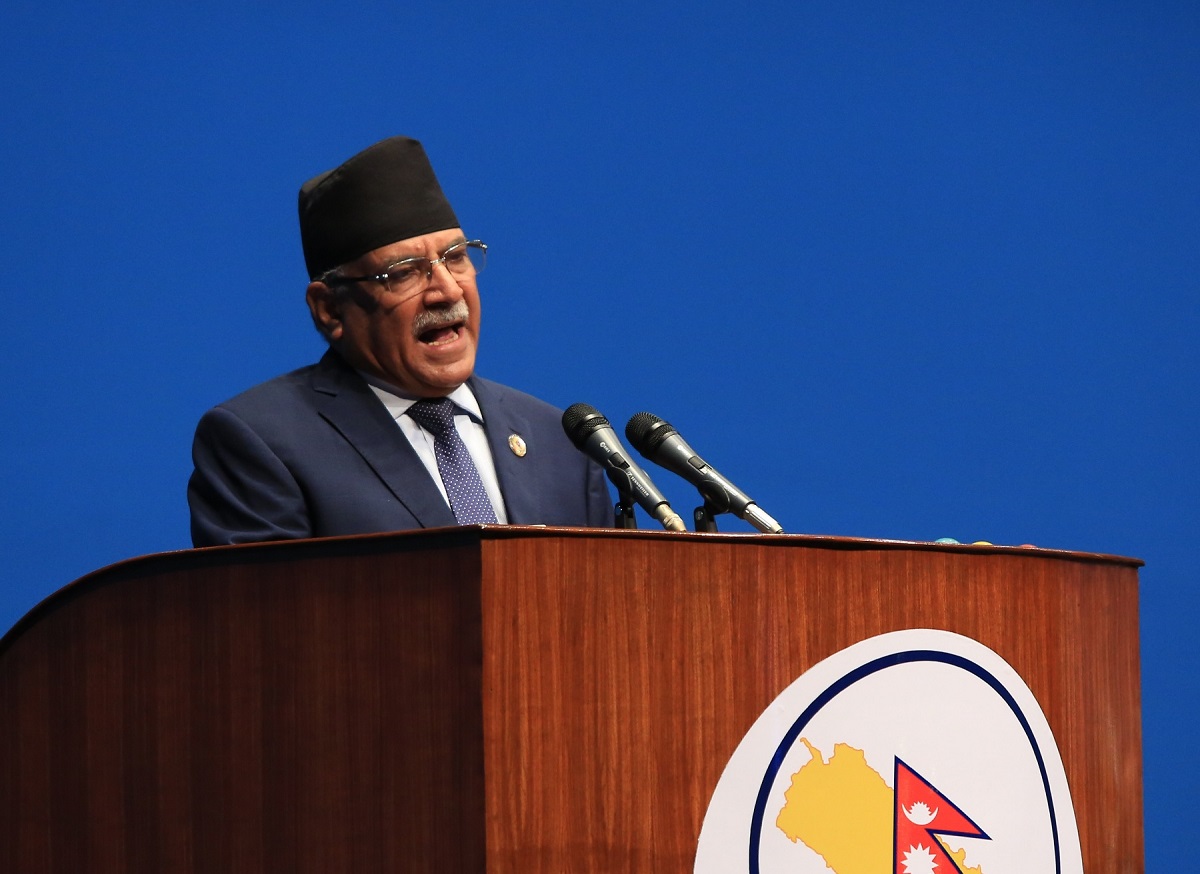 KATHMANDU, June 13: Chairman of the ruling Nepal Communist Party (NCP) Pushpa Dahal has said the government established after republican system is retrieving Nepal's territories which were lost during early days of the monarchy.

Participating clause-wise deliberations on the 'Constitution of Nepal (2nd amendment) Bill, 2020 in the House of Representatives on Saturday, Chairman Dahal said the republic will utilize this historic opportunity to retrieve Nepal’s lost territories unanimously.

Dahal said that the issues of safeguarding national independence and territorial integrity are not the concerns of any particular party or leader, but the concern of all political parties and Nepali people. “Nepal boasts the tradition of moving untied on the issues of peace process, constitution, natural disasters and nationality,” he added.

Chairman Dahal also thanked Prime Minister KP Sharma Oli and the government for taking historic steps for correcting the country's map and then amending the constitution and all political parties, civil society and the people for their solidarity to the government move.

Chairman Dahal, on the occasion, said that the Indian side did not respond to Nepal’s call for talks after India issued a new political map and inauguration of road to link Mansorobar via Nepali territory. He stated that India had challenged the Nepalis to unite regarding the territorial integrity through its two back to back attempts.

Dahal also said that any kind of disputes between Nepal and India could be resolved through healthy talks as both are friendly nations. He also stressed on the need to ensure national unity and single voice on all national issues.

After the amendment of the constitution, Nepal will focus on strengthening self-respect, safeguarding territorial integrity and building a nation that is free from any kind of foreign interference, Dahal said.

On a different note, former Prime Minister Dahal also stressed on the need to form an all-party mechanism to effectively fight against COVID-19 pandemic. He complained that his proposal this effect was misinterpreted by a section of people

RSS NEWS COMMENTARY: Prachanda leaves with a legacy of statesmanship and hope for a prosperous Nepal

KATHMANDU, May 28: Prime Minister Pushpa Kamal Dahal 'Prachanda' on May 24 announced his resignation after serving slightly more than... Read More...