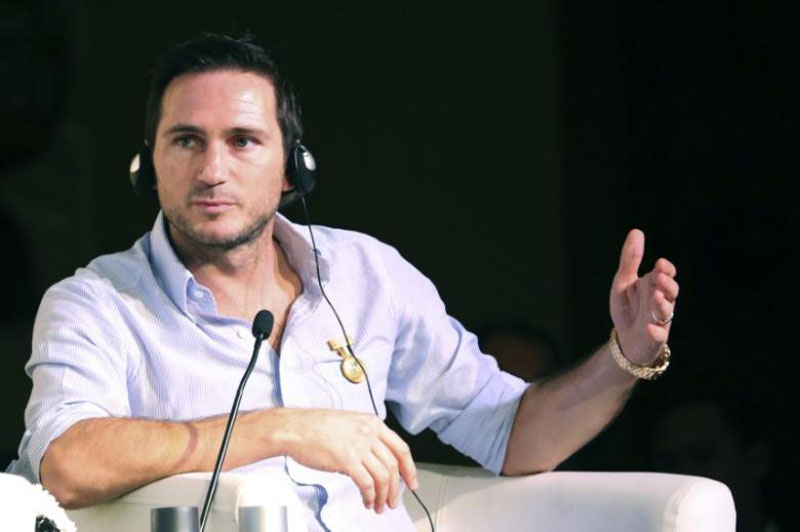 Former England midfielder Frank Lampard says he will be "in close contact" with his old club Chelsea as he decides on his next career move.

The 38-year-old left New York City in November and media speculation has mounted that he could return to the London team in a coaching role or some other capacity.

Lampard watched Premier League leaders Chelsea's 1-0 home win over West Bromwich Albion earlier this month and was an onlooker at training on Wednesday when manager Antonio Conte said he was in good enough shape to continue his playing career.

"I'm still waiting for the five-year contract to come through from Chelsea, they haven't called yet," Lampard joked during an interview on Sky Sports television on Saturday.

"Whatever happens, in some capacity I will be at Chelsea, whether that's with my season ticket watching them...I don't know. I will be in very close contact.

"Whether I have a role is not all in my hands so I can't go any further than that. I am very relaxed about it which is a nice place to be.

"I'm not kind of eager that the end of my career is coming and thinking, 'What's going to happen now?'," added Lampard.

"If the right thing comes then I'll take it. Obviously Chelsea, I would love that, but it doesn't always work that way."

Lampard won three Premier League titles and the 2012 Champions League with Chelsea and is the club's all-time record scorer with 211 goals. He also netted 29 times in 106 appearances for England.

"I've taken this Christmas to enjoy family, a couple of beers and an extra turkey and I'll make a decision in January whether I carry on playing -- I have a few options -- or finish and move on to whatever the next thing will be," he said.

LONDON, Jan 12: Chelsea made amends for recent defeats at Stamford Bridge by thumping Burnley 3-0 on Saturday with goals from... Read More...