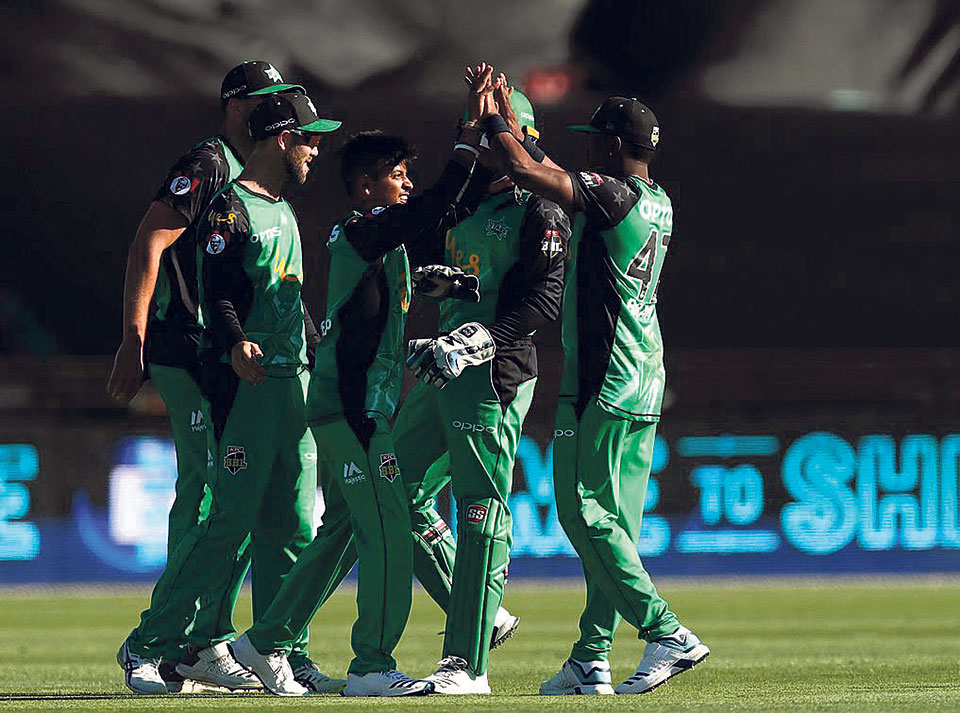 Matthew Wade controlled the chase of 156 runs with his 52 runs as Lamichhane kept plucking the wicket from the other end during the middle overs. Alex Doolan was beaten utterly by a wrong’un, castling the stumps between bat and pad, Wade top-edged an attempted sweep and Ben McDermott was beaten by a googly given LBW when defending on the front foot.

Lamichhane was unable to get adequate support from the other end like no other bowler in the Stars’ attack conceded fewer than seven runs per over. Hurricanes won the match with six wickets with more than an over to go.

Lamichhane now has five wickets in two matches of the premier T20 league of Australia. He is the first player from Nepal to be signed up for the league. He will be available for around half the team’s matches, as he has already signed up for the Bangladesh Premier League taking place at the same time in Bangladesh. His BBL participation will be in two stints, before and after his BPL commitments in January. He will soon leave to feature in BPL for Sylhet Sixers before returning at the tail-end of the BBL.

Stars are seventh on the league table after completion of the second round of matches. It will play the third match on Thursday against Sydney Sixers.