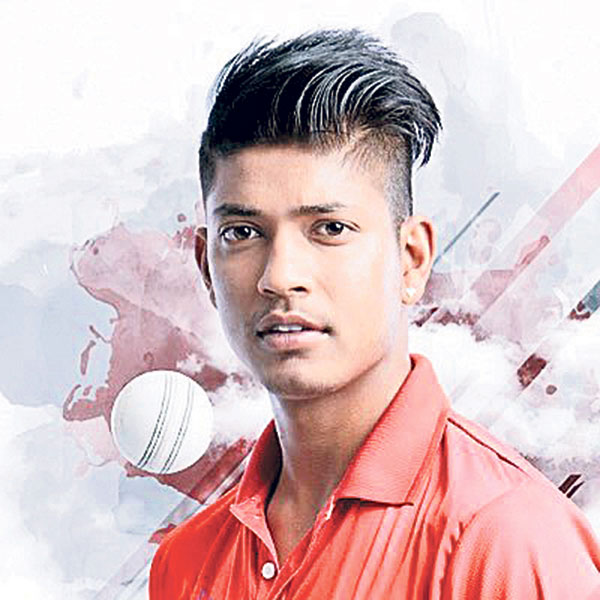 KATHMANDU, May 21: Sandeep Lamichhane’s first three-wicket haul in the Indian Premier League (IPL) along with veteran spinner Amit Mishra’s three wickets has dented the chances of the defending champion Mumbai Indians of qualifying for the playoffs. The spinners played crucial roles in leading Delhi Daredevils to an 11-run win over Mumbai in the 55th match of the money-spinning IPL played at Feroz Shah Kotla Stadium on Sunday.

With Delhi already out of contention, Mumbai’s do-or-die match was spoiled by the accurate spin bowling of Lamichhane and Mishra in the slow pitch. The 17-year-old registered bowling figures of 4-0-36-3 whereas veteran Mishra received player-of-the-match for his miserly spell of 4-0-19-3 to end Mumbai’s hopes to qualify for the IPL playoffs.

Lamichhane delivered the first over of the chase defending Delhi’s total of 174. He dismissed Mumbai’s highest run-getter of the current season Surya Kumar Yadav for 12 runs in the very first over. The right-handed batsman smashed the leg-spinner for a four and a six before holding out at long-on for a mistimed shot. The catch was completed by Vijay Shankar.

The game-changing moment for Lamichhane and Delhi came in the 10th over when he dismissed both Keiron Pollard and Krunal Pandya in the same over to reduce Mumbai to 80/5 from 74/3. The two recognized big-hitters in the Mumbai camp could not  play up to their reputation as Pollard made only seven runs whereas the left-handed Krunal had to settle for 4 runs to his name.

Lamichhane remained wicket-less in the last two overs but finished with his first three-wicket haul of his IPL career. He finished his debut IPL season with five wickets from three matches with an economy rate of 6.83. It was good enough to land him in fourth place in the most economical bowlers’ list ahead of seasoned campaigners like Amit Mishra, Yuzvendra Chahal, Rashid Khan, Sunil Narine and fellow IPL debutant Mujeeb Ur Rahman. He also finished seventh on the list of best strike-rates after the completion of the group stage of the 10th season of the Indian Premier League.