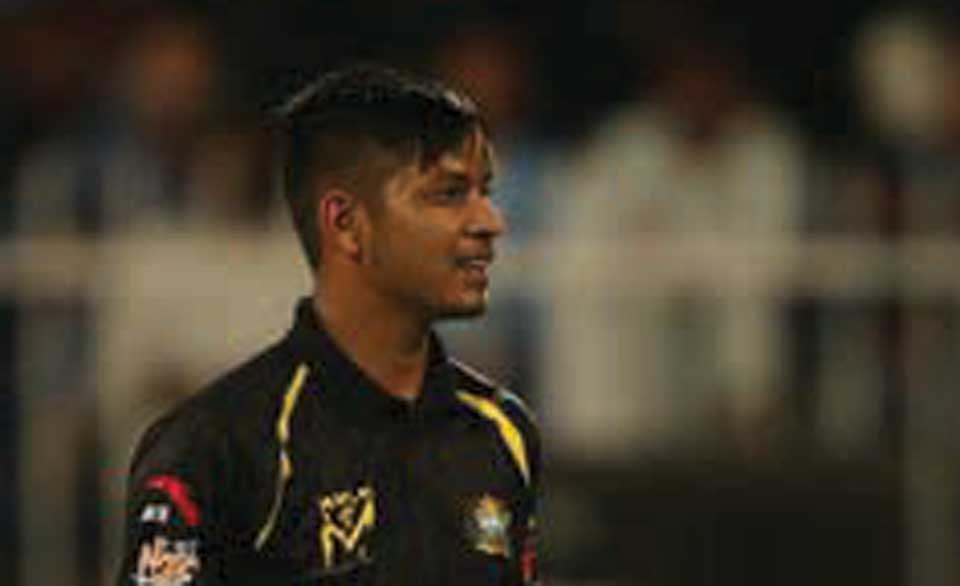 KATHMANDU, Nov 30: Nepal leg-spin sensation Sandeep Lamichhane registered second most expensive bowling spell in T10 cricket league conceding 47 runs in two overs in a loss against Northern Warriors at Sharjah Cricket Stadium, Sharjah on Thursday.  The record for most runs conceded in a two-over spell is recorded by New Zealand bowler Mitchell McClenaghan who conceded 48 runs earlier in current season against same team, Warriors. The chase of 102 runs was completed by Warriors with 16 balls to go.

Lamichhane, who was acquired by T10 outfit Kerala Knights to participate in the second edition of the United Arab Emirates (UAE) based franchise league, conceded seven sixes in his 12 deliveries, four of them smashed by West Indian Nicklaus Pooran and three by world-class all-rounder Andre Russell. Earlier, Knights were invited to bat first by Warriors scoring a total of 101 runs in the 10 overs boosted by Paul Stirling’s 60 runs opening the batting for Lamichhane’s team. The Irish batsman smashed five sixes during his 28-ball innings.

Pooran was adjudged player of the match for his 18-ball unbeaten 43 runs which included five sixes and two boundaries. Knights are in seventh position of Super League compromising eight teams with three points to its name. Similarly, Warriors are on top of the league with eight points. The Nepali spin sensation was drafted by Knights, the inaugural T10 league champions, in round three of an official draft program held in Dubai back in September.

Lamichhane’s franchise league journey began when he created history becoming the first player from Nepal to be bought by foreign franchise team, the Indian Premier League (IPL) outfit Delhi Daredevil. Since then, he has been part of Nangarhar Leopards in Afghanistan Premier League, St Kitts Nevis and Patriots in Caribbean Premier League and Montreal Tigers in Global T20 Canada. He was also recently drafted by Pakistan Super League outfits Lahore Qalandars after Melbourne Stars signed him for Big Bash League and Sylhet Sixers acquired his services for forthcoming respective seasons. He is set to represent Lalitpur Patriots in Everest Premier League in Nepal before heading to Australia to participate in Big Bash.

The International Cricket Council-sanctioned T10 cricket league will run until December 2 at Sharjah Cricket Stadium. T10 League is the first-ever internationally approved ten-over cricket league launched and owned by T10 Sports Management. The league is also approved by the Emirates Cricket Board. Matches are 10-over-a-side and the duration of a match is 90 minutes.