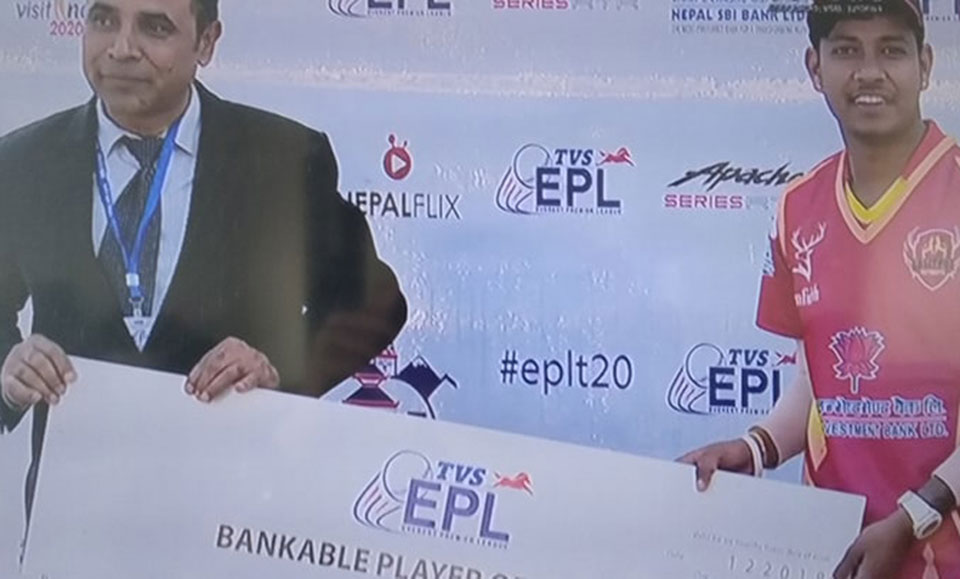 Chasing the target of 144 runs, Chitwan Tigers managed to collect only 132 runs with a loss of eight wickets playing allotted 20 overs.

GFB Scott took 2 wickets for Chitwan Tigers while LS Bhandari, KS Airee and PR Stirling took one wicket each in the first inning of the match.

Gold price drops by Rs 200 per tola
7 hours ago