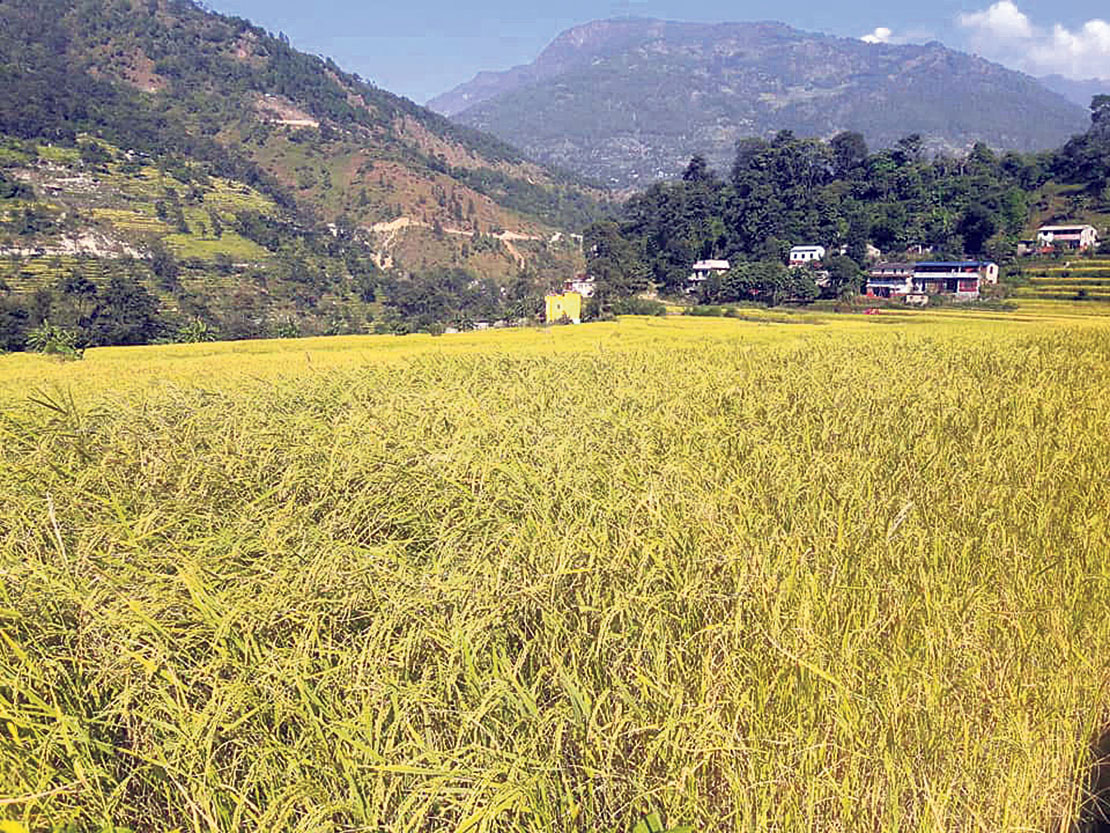 SALYAN, June 23: Farmers in Salyan district are worried after their crops are drying up due to prolonged drought. Maize plants and paddy seedlings have dried due to lack of rainfall and irrigation, complained farmers.

Ganesh Nepali of Chhetreshwori Rural Municipality is also worried. "Paddy plantation has begun. But, lack of rainfall has made the matter worse." Some have planted paddy in farmlands near water sources. But others who are dependent on rain are yet to begin, he said.

Around 7,000 hectares of lands have been cultivated for paddy plantations in the district, according to the District Agriculture Development Office. Similarly, approximately 19,000 hectares have been used for corn plantation and 600 hectares for finger millet.

DAMAK, July 22: Farmers of Jhapa are worried as their paddy saplings are drying up due to scorching heat and lack... Read More...

DANG, Nov 7: As many as 12 people have died in a bus accident at Salyan, according to Gobind Thapa,... Read More...

Newly-appointed ministers to be sworn in today
57 minutes ago