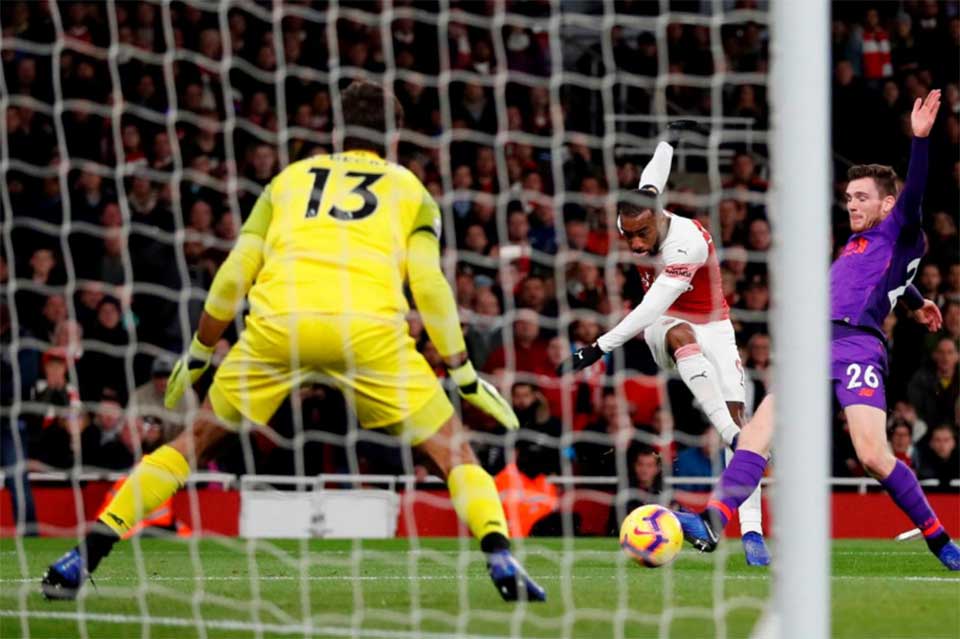 Nov 4: Alexandre Lacazette’s late goal earned Arsenal a 1-1 draw with Liverpool on Saturday and stopped the visitors moving three points clear at the top of the Premier League.

After a tight first half, Liverpool broke the deadlock in the 61st minute as Sadio Mane crossed from the left and Arsenal keeper Bernd Leno was only able to parry the ball into the path of James Milner who blasted a low shot into the net.

Milner was lucky to stay on the field to finish the match after a clash of heads with team mate Joe Gomez which required lengthy treatment.

The Gunners, looking to extend their unbeaten run to 14 games in all competitions, poured forward in search of an equaliser and the pressure paid off when Lacazette struck in the 82nd minute.

The French striker spun away to the left side of goal to keep the ball out of goalkeeper Alisson’s reach before cutting back and firing a shot past the Brazilian’s reach and into the far corner.

The draw took Liverpool top of the table by one point from champions Manchester City, who host Southampton on Sunday. Arsenal dropped to fifth, behind Tottenham Hotspur who won 3-2 at Wolverhampton Wanderers in the late match.

Liverpool thought they had taken the lead after 20 minutes in north London when Roberto Firmino chipped the ball over Leno and it came back off the post for Mane to tap in.

The effort was ruled out as the linesman had flagged the Senegalese winger offside, although replays showed Mane was behind the Brazilian when the original shot was taken.

“There is only one person who can answer the question and that’s the linesman. That’s football. If he thought the first situation was offside then I think he was wrong,” Liverpool manager Juergen Klopp told BT Sport.

“But it’s not going to change and we made more mistakes than the referee. It would have been cool if this goal could count.”

The momentum building under the Spaniard’s stewardship was evidenced by the excited atmosphere among the home fans, although Emery was disappointed at not having claimed all three points.

“We wanted to win but the performance is good, we push and we work the match, doing our tactics and with our supporters pushing us with energy,” he said.

“For the supporters it is a great match and a good spectacle but I am only 50 percent happy because we wanted to win.”

Chelsea moved another step towards regaining the Premier League title with a 3-1 drubbing of Arsenal in the table-topping London... Read More...

Third wave of COVID-19 has begun in Nepal: health ministry officials
34 minutes ago

Three arrested with a pistol from Gongabu
2 hours ago