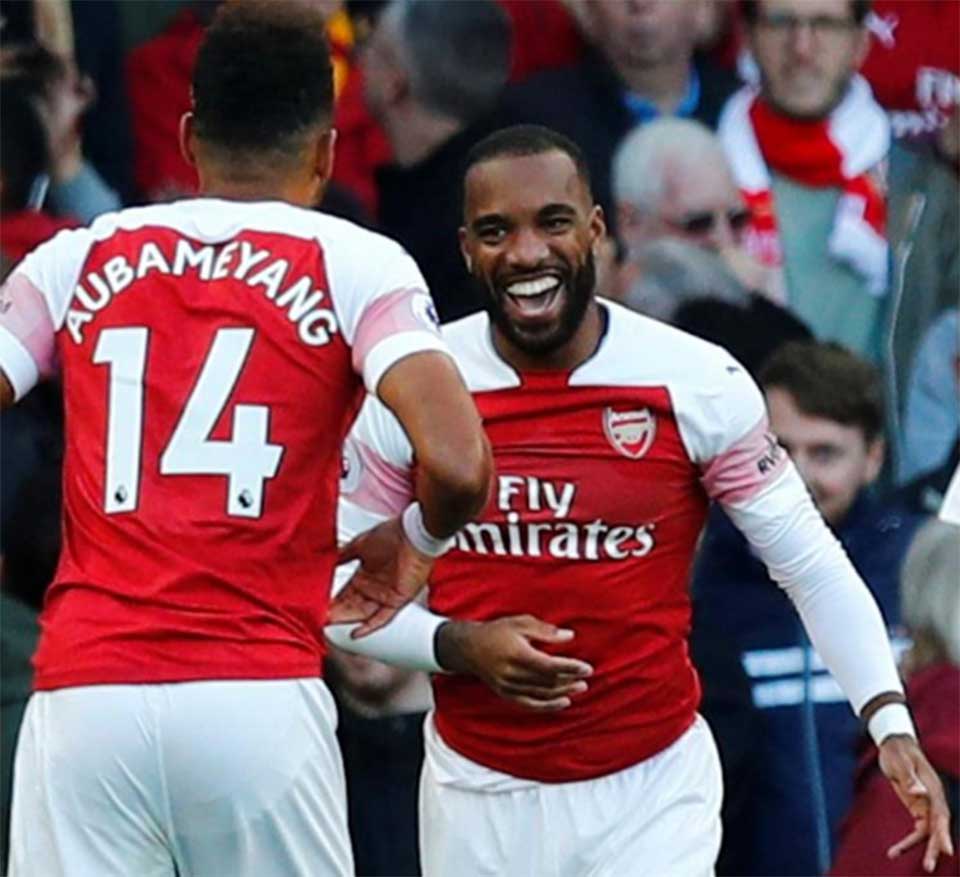 That was something they never achieved last season under Arsene Wenger, whose Spanish successor Unai Emery felt his side improved during Sunday’s second half but relied heavily on goalkeeper Petr Cech in the opening 45 minutes.

“We didn’t control the match like we wanted to in the first half, but our goalkeeper had a good performance to keep us in it,” Emery told the BBC.

“We controlled the match better in the second half and didn’t concede the chances we did in the first period. We finished the match with a smile on our face.”

“A big thanks to Petr Cech because he took a lot of balls today and we won our first clean sheet,” he told Sky Sports.

Everton’s manager Marco Silva believed his side, who created most of the early chances as they looked for their first victory at Arsenal since January 1996, deserved at least a draw.

“A disappointing result for us. It didn’t reflect the performance of both teams and what I saw on the pitch as well. We deserved really more,” Silva told reporters.

Everton’s Richarlison and Dominic Calvert-Lewin both fired in a number of shots in the first half, the Brazilian, in particular, leaving Gunners defender Hector Bellerin in his wake repeatedly as he turned and darted towards goal. But they were unable to beat Cech, who was determined to register his side’s first clean sheet of the season.

Late in the half, Everton defender Lucas Digne also went close, whipping in a free kick from just outside the area that Cech deftly tipped back over the bar.

Arsenal, by contrast, seemed to lack a finishing touch despite having two-thirds of the possession.

Lacazette found his feet just short of the hour mark, running in from the left before elegantly curling the ball into the far corner just beyond the reach of outstretched England keeper Jordan Pickford.

Gabon international Aubameyang doubled the lead two minutes later from what appeared to be an offside position, sending Pickford the wrong way from close range.

Silva said the linesman’s decision made the game much harder for his side.

“It is a clear offside for their second goal, and it is a decision at an important stage because, at 1-0, we would have kept creating problems for them,” he told Sky.

The win pushes the Gunners up to sixth in the table with 12 points, six points adrift of leaders Liverpool, while the Toffees stay in 12th place with six points.

Coronavirus vaccine production rolls off in Belgium
13 hours ago

Complaints filed against ambassadors-designate Khatiwada and Regmi
5 hours ago

Govt refutes curfew and state of emergency rumors
5 hours ago