Kyrgyzstan and Uzbekistan to face off for AVC title 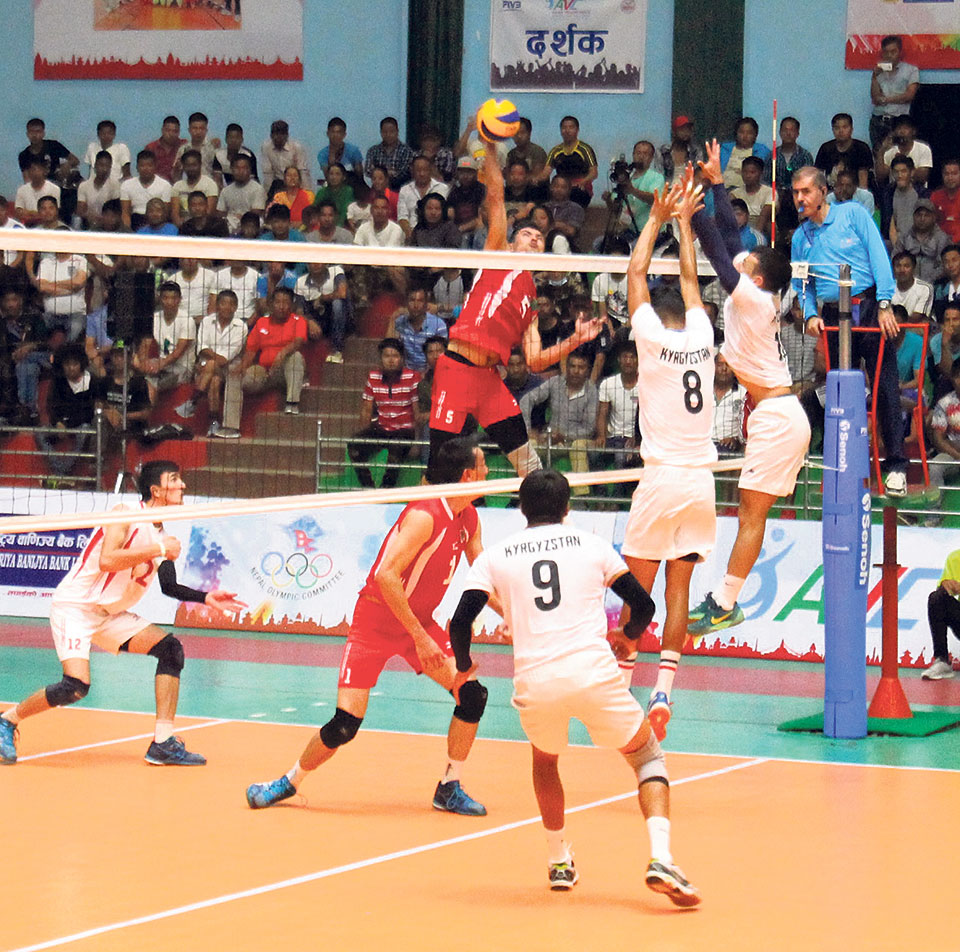 Players of Kyrgyzstan and Turkmenistan in action during their semifinal match of the AVC Central Zone Men’s Volleyball Championship at the Nepal Army Physical and Sports Training Center in Lalitpur on Thursday. Photo Courtesy: NSC

KATHMANDU, Aug 23: Kyrgyzstan and Uzbekistan are set to face off for the AVC (Asian Volleyball Confederation) Central Zone Men’s Volleyball Championship after winning their respective semifinal matches at Nepal Army Physical and Sports Training Center in Lalitpur on Thursday.

In the first semifinal match of the day, Group A winner Kyrgyzstan defeated Group B runner-up and defending champions Turkmenistan in straight sets of 25-17, 25-18, 25-22 .

Similarly, in the second semifinal match of the day, Group B winner Uzbekistan overcame Group A runner-up Maldives in straight sets of 25-20, 25-19, 25-21 to secure the final match against Kyrgyzstan on Saturday.

With the dominating win, Uzbekistan has reached the final stage of the championship without losing a single set. The strong contenders had defeated Turkmenistan, Bangladesh, and Afghanistan in straight sets during the group stage.

Likewise, Turkmenistan will face Maldives for the third place playoff whereas winless home team Nepal will take on Afghanistan for the fifth place on Friday.

Nepal had lost to Kyrgyzstan and Maldives during the group stage, bowing out of the championship on Wednesday. A total of seven teams participated for the central Asian zone’s coveted volleyball trophy.