Kylie Jenner not engaged to Tyga 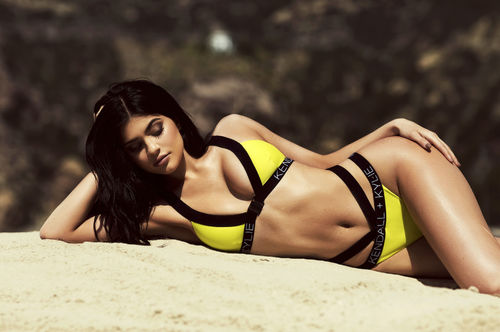 WASHINGTON D.C., July 10 : If Kylie Jenner's new sparkler bling made you think she is engaged then it's time to pop the bubble as the sparkly ring is apparently not an engagement ring.

The 18-year-old reality star recently sparked her engagement rumors with Tyga, days after she flaunted a large, sparking ring on her ring finger.

However, quashing the rumors, E! Online quoted a source, as saying, "Kylie has brought up marriage with Tyga to her friends lately, both jokingly and seriously. It wouldn't happen now but she's been thinking about it more and wants a future with him."

The insider added, "The two are "doing really well again. They are super in love! Every time they take time apart, they come back closer than ever. It's kind of a cycle for them but the break was good for them. It made them miss each other and appreciate each other more."

This is not the first time when the 'Keeping Up with the Kardashians' has sparked such rumors. Earlier in 2015, she posted a picture of her wearing a diamond band on her left hand, but later clarified that she was not planning to get married soon.

Kylie Jenner, the fashion model and younger half-sister of Kim Kardashian, was forced to use an oxygen mask after suffering... Read More...

Reality TV star Kylie Jenner has sparked speculation that she has had a secret breast surgery after she was spotted... Read More...