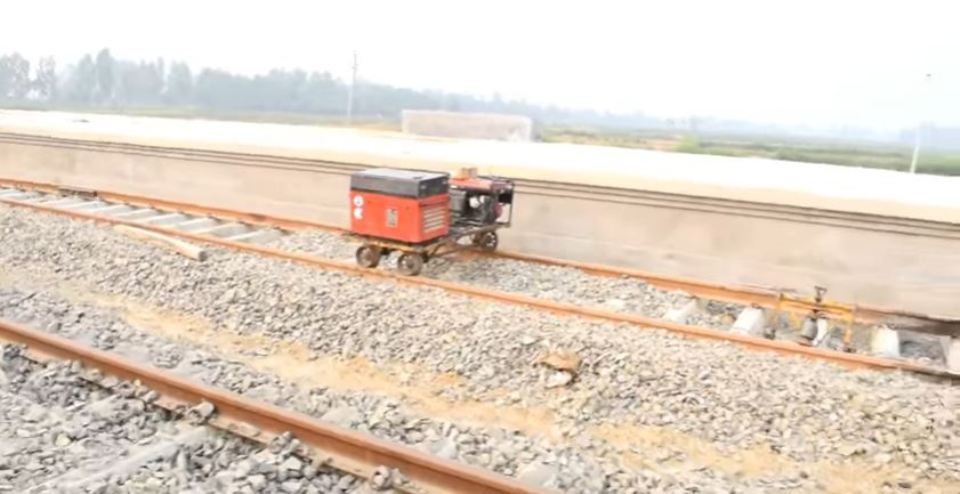 The Nepal Railway Company Limited said that the physical infrastructures of the railway would be handed over to Nepal by the Konkan Railway Corporation Limited in India very soon.

The company's General Manager Guru Bhattarai shared that although the formal inauguration of the railway service was planned later at the prime ministerial level, they were going to assume the responsibility of operating the railway service thanks to links Kurtha in Nepal with Jaynagar in India.

The company coordinated with the Indian company to procure 26 technical staffers to operate the railway. Bhattarai said, "The technical team will include railway drivers, a station master, a power manager, a senior traffic manager among others."

Today's meeting of Council of Ministers in Nepal will dwell on and decide regarding the agreement to be signed with India for the inauguration of the railway that is set up by the Indian Railways' Integral Coach Factory and built with India's technical and financial assistance.

"Fixing a fare price rate and ticketing has already been decided," said Bhattarai. The company has proposed a fair fare rate with the related ministry as well.  Travelling 35 kilometers costs Rs 75, according to the fare price list.

"Travelling on a deluxe rail costs five times more than normal," he explained. The cabinet meeting today is expected to ease the service operation of the railway.

"The company will soon provide a week-long training session to Nepali workers," said Bhattarai, adding that those workers having prior experience in the railway sector will be prioritized. "Regular operation will take place in two to three weeks," he said.

The government has a plan to connect the railway to Bardibas where the proposed East-West railway will meet. The government of Nepal brought two DEMU trains four months ago, each of which can accommodate from 1,200 to 1,300 passengers, according to the Department of Railway.

In 1984 BS during the Rana regime, there had been a railway service available from Raxaul in India to Amlekhganj in Nepal and Jayanagar-Janakpur railway service was in operation until 1994 BS.

KATHMANDU, Feb 10: Transport fare for the Kurtha-Jaynagar railway would be determined as per the fare fixed by the government.... Read More...