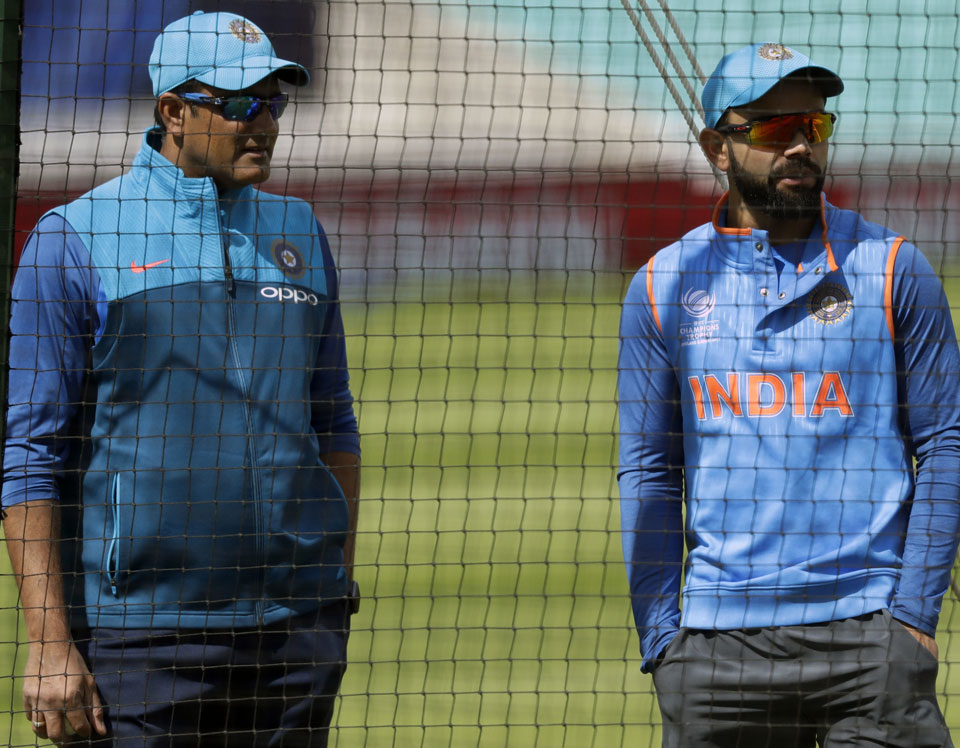 DELHI, June 21: Anil Kumble rejected an offer to continue as India cricket coach and stepped down on Tuesday after a year in charge, blaming a breakdown in his relationship with captain Virat Kohli for his exit.

The Board of Control for Cricket in India said it wanted Kumble to remain as coach despite the team's heavy loss to archrival Pakistan in the Champions Trophy final on Sunday, but that the former spinner "has decided not to continue."

Kumble took to Twitter to explain his decision, saying he was informed by the BCCI on Monday that Kohli had "reservations with my 'style' and about my continuing as head coach."

"Though the BCCI attempted to resolve the misunderstandings between the captain and me, it was apparent that the partnership was untenable," Kumble tweeted, "and I therefore believe it is best for me to move on."

Kumble said he was "surprised" by Kohli's stance "since I had always respected the role boundaries between captain and coach."

Kumble's one-year contract expired at the end of the Champions Trophy.

He didn't fly out with the team for the limited-overs tour of the West Indies starting on Friday, and instead stayed in London to attend International Cricket Council meetings. He is chair of the cricket committee.

When the BCCI asked last month for applications for national coach, it said Kumble didn't have to apply as he was the incumbent. But it said it wanted a fair and transparent process.

During the Champions Trophy, Kohli denied rumors of a falling-out with Kumble.

India lost the final by 180 runs at The Oval on Sunday, an embarrassing defeat against a Pakistan team it easily beat in the group stage.

But Kumble achieved great success in his tenure, despite little previous first-class coaching experience. India's highest wicket-taker led the team to the top of the test rankings, after series wins over West Indies, New Zealand, England, Bangladesh and Australia.

The Indians won 12 of 17 tests and lost only one. They won eight of 13 ODIs, and had a shot at defending the Champions Trophy crown.

"Professionalism, discipline, commitment, honesty, complementary skills and diverse views are the key traits I bring to the table," Kumble said. "These need to be valued for the partnership to be effective."

Amitabh Choudhary, acting secretary of the BCCI, said the governing body appreciated "the immense contribution by Anil Kumble to the team which enabled India to attain the No. 1 test position.

"Indian cricket needs his continued contribution in various capacities," Kumble said, "and wishes him all the best in his future endeavor."