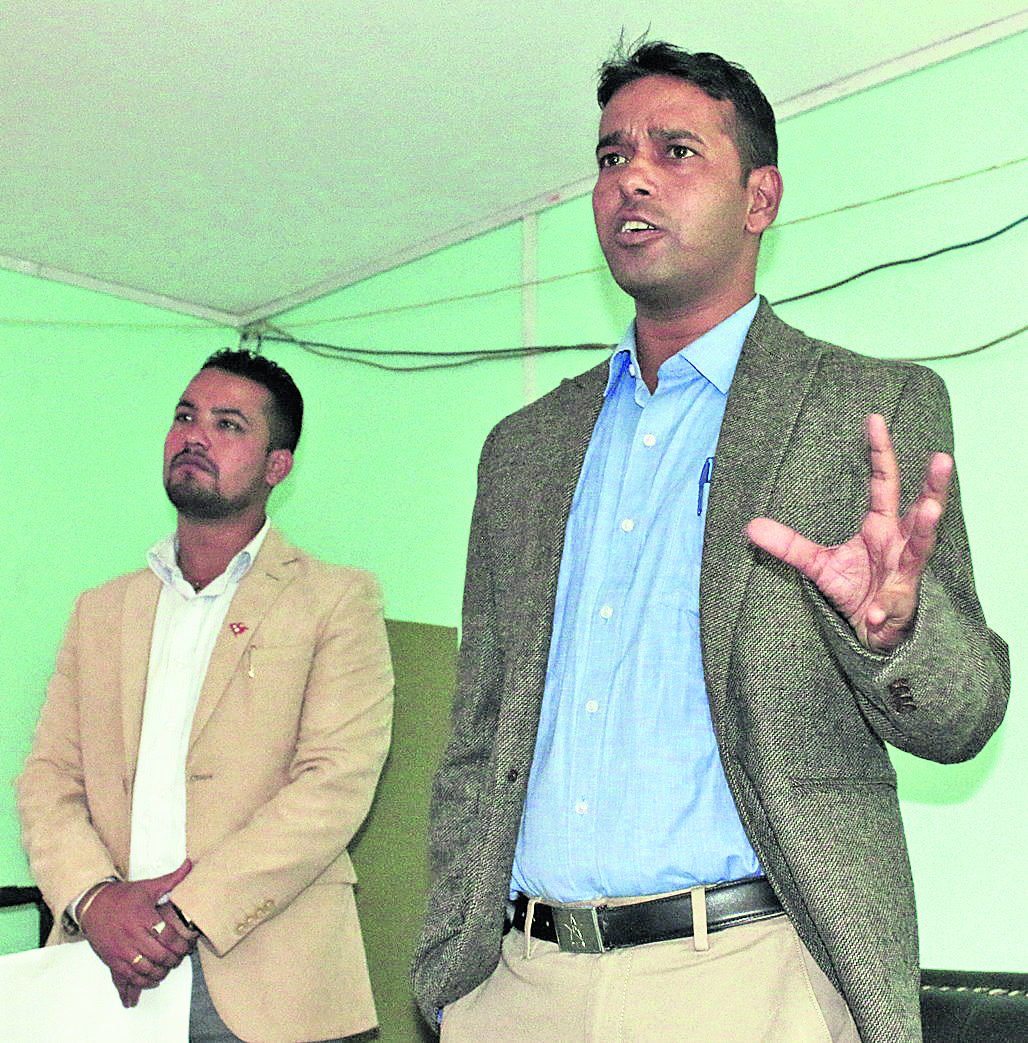 KATHMANDU, Nov 7: Former Nepal international player Kumar Thapa has been selected for prestigious UEFA Executive Master for International Players (UEFA MIP) course. Thapa is sole representative from Asia for the course that is related to football administration and management. The course is designed by European Football Association for former international players.

A total of 25 former international players including Kolo Toure, Gaizka Mendieta, Maxwell Scherrer Cabelino Andrade, Gilberto Silva among others will be Thapa’s colleague during the course that includes seven sessions for next 20 months.

“The UEFA MIP is a unique program that has been tailor-made to meet the needs of players accustomed to winning trophies on the field, giving them a toolkit with which to lay the foundations for success off the field,” says UEFA about the course.
“Players often show leadership, change the course of a match and shape their club or team’s environment, but these qualities do not necessarily transfer by themselves into elite management skills away from the field of play. The UEFA MIP takes the abilities of elite players and moulds them into those of successful managers.”

Achievement for whole nation
Thapa, who represented Manang Marsyangdi Club and Armed Police Force (APF) during his professional playing career, said that his selection for the course was not just an individual achievement.

“I represented my country in international football competitions, with this selection I am representing the whole continent,” said Thapa at an event organized to inform the media about the course. “So eventually, this is not an individual success, I take it as the achievement of the whole nation.” Thapa was selected through an open selection process.

“UEFA had opened applications for former international players and I had applied. They had certain education criteria and they conducted interviews, which I passed,” informed Thapa.

Head coach of national women’s team Thapa will leave for Nyon, Switzerland on November 10 to attend the first session. He will appear the final examination on 2019 July.

Thapa expressed his hope of receiving financial assistance from the government and other sports bodies including National Sports Council, Nepal Olympic Committee and All Nepal Football Association (ANFA).

“Although UEFA has given me scholarship for the course, I will have to bear all the travelling and living expenses. So I am seeking help from the government and other bodies,” added Thapa.

KATHMANDU, Jan 11: National women's football team coach Kumar Thapa believes that there are lots of positives to be taken from... Read More...

KATHMANDU, Oct 23: The Rastriya Prajatantra Party (RPP) has finalized its candidates contesting the first phase of the House of... Read More...