Kumar Kattel and co-actors escorted out of guest stand 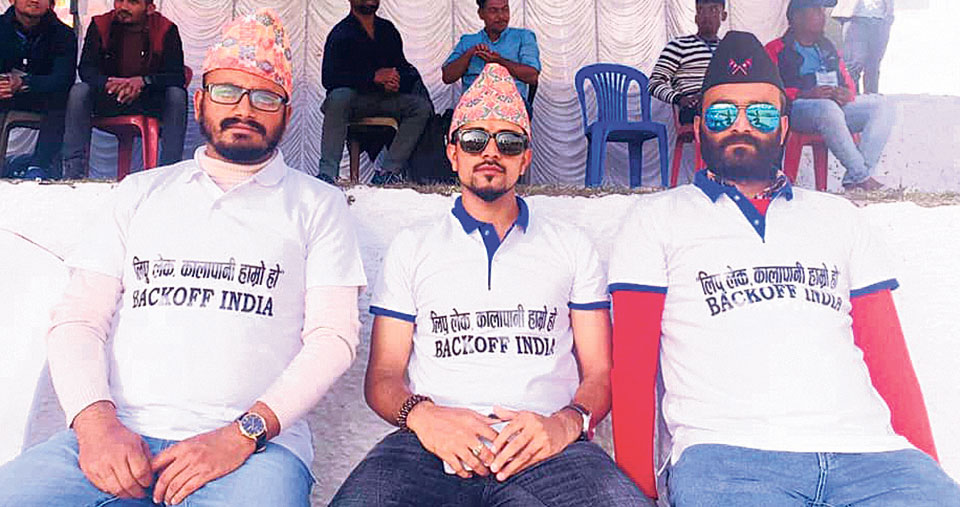 Nepali television actor Kumar Kattel and his co-actors sit at the guest stand during the match. Photo Courtesy: Kumar Kattel/Facebook

KATHMANDU, Nov 8: Nepali teleserial ‘Sakigo Ni’ actor Kumar Kattel and other cast members were escorted out of the guest stand during the second day of the first-class match between Nepal and Marylebone Cricket Club (MCC) after the trio violated the International Cricket Council (ICC) norms.

Kattel and co were wearing t-shirts bearing a political message which read “Back off India”, “Kalapani and Lipulekh belong to us”, and “Save Me” while watching the match.

The management of the event immediately objected the notion and asked the trio of actors to leave the guest area. Kattel, who is the brother of famous comedian Sitaram Kattel ‘Dhurmus’, and his co-actors, agreed to leave the periphery after a small confrontation with the organizers.

The ICC equipment and clothing regulations bar the display of any messages related to any political, religious or racial activities or cause during an international match.

Nepal is strongly objecting India’s recent move to place the disputed Kalapani and Lipulekh pass inside its border in its new political map.

With 333 new cases of coronavirus, COVID-19 tally in Sudurpaschim Province soars to 2,933
12 hours ago