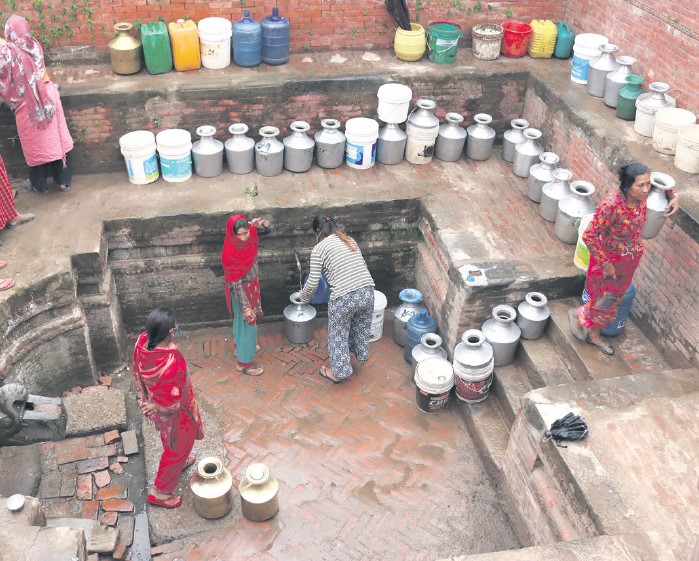 KATHMANDU, Nov 11: Citing a delay in the resumption of water supply through the Melamchi Drinking Water Project (MDWP), the Kathmandu Upatyaka Khanepani Limited (KUKL) has stepped up efforts for alternative mechanism to supply an additional 10 million liters of water daily in the Kathmandu Valley.

According to KUKL, it is installing deep boring plants at a number of locations along with preserving the main water sources in the valley targeting to maintain water supply particularly for the winter season. Milan Shakya, chief executive officer of KUKL, said they are making deep tube-wells in 10 locations in the valley to manage the water supply in the dry season.

In the rainy season, KUKL supplies around 170 million liters on a daily basis. At present, with the start of the winter season, it has fallen to around 80 million liters against the daily demand of 430 million liters. As a result, the shortage of water has started to appear in many locations in the valley.

The valley denizens received much respite after inception of supply from MDWP last March. However, a devastating flood and landslide in Melamchi River on June 15 caused massive destruction in the infrastructure of the project that has led to uncertainty on resuming the water supply from the project.

Melamchi water for all only over time: KUKL chief

KATHMANDU, Sept 5: Melamchi has been a buzzword in Kathmandu Valley for the last one and half decades. Since last winter,... Read More...

Melamchi water for the people outside Ring Road as well: KUKL