‘Ktm Valley consumes 40% of all vegetables produced in the country’ 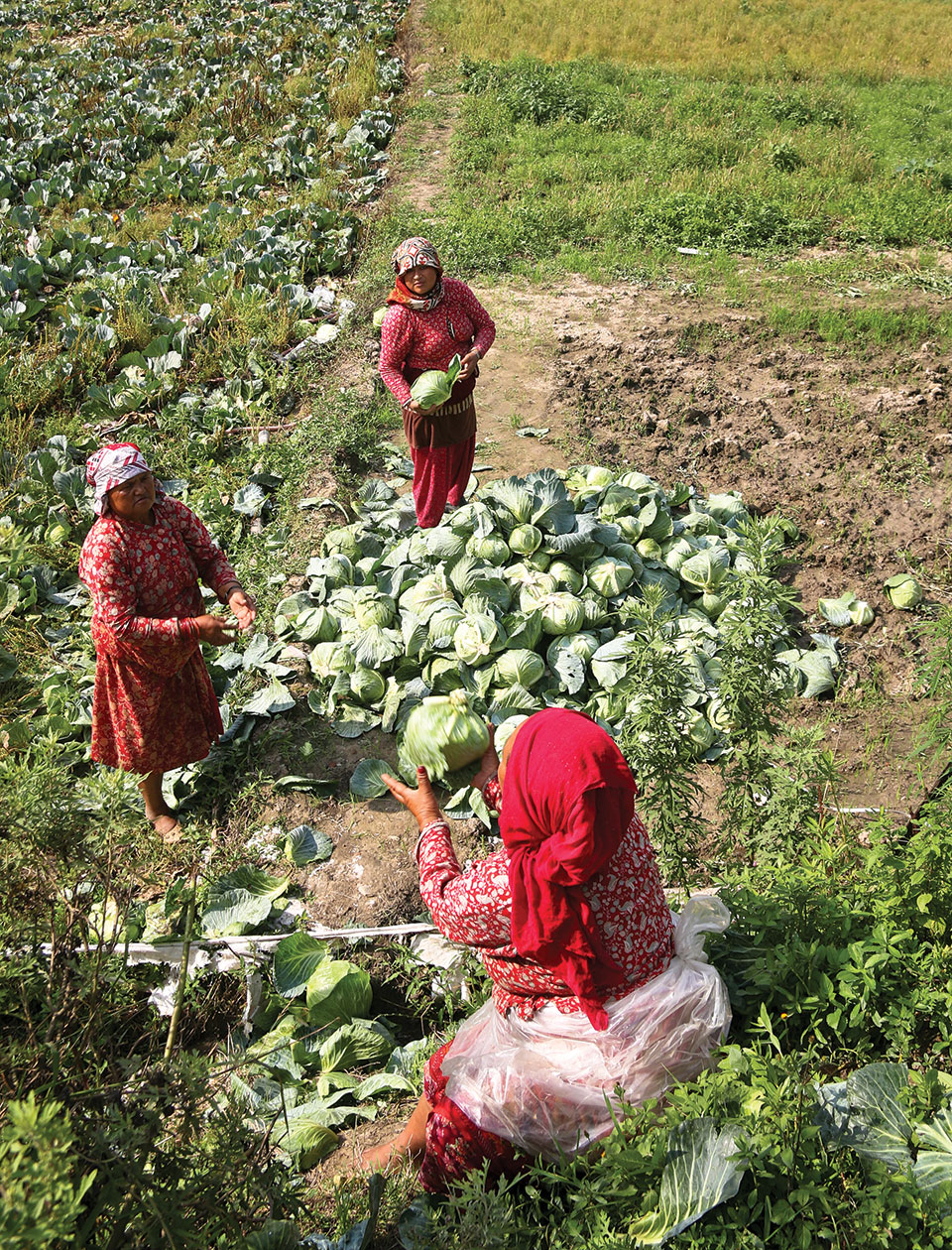 KATHMANDU, Feb 14: An estimated 40 percent of vegetables produced across the country come to markets in the Kathmandu Valley, a government data shows.

Kashi Raj Dahal, joint secretary of the Ministry of Agricultural Development (MoAD), said that the ministry's study shows that around 40 percent of vegetables produced in different parts of the country come to the Kathmandu Valley.“"Of the total vegetable supplies that the valley receives from different parts of the country, around 10 percent goes to waste due to oversupply”" Dahal, who is also the chairperson of the board, said, adding that the oversupply of perishable goods like fruits and vegetables affects both farmers and wholesalers.“

"While more farmers are being attracted toward vegetable farming, lack of market forces them to sell their produce at lower rates to major markets, causing oversupply there. As a result, fruits and vegetables often rot causing huge loss to both farmers and trader”," said Dahal.

The population of Kathmandu Valley is around 5 million which is nearly 17 percent of the country's total population, officials say.

Speaking at a program organized by Kalimati Fruits and Vegetables Market Development Board (KFVMDB) on the occasion of its 24th anniversary in Kathmandu on Tuesday, Dahal said that the ministry had already taken needful initiatives to establish market for agricultural products in different parts of the country“ "Province-level agricultural markets are already under construction across the countr”," he said, and added“ "Markets are being constructed in various parts of the country such as Biratnagar, Birtamod, Dhanusha, Butwal and Mahendranagar, among others. These markets can be established as sister markets of the Kalimati Fruits and Vegetable Market and the latter will play a leadership role for the development of these market”."

If these markets come into operation as provincial markets, they can curb the problem of farmers not getting markets for their produce. Officials say with the availability of market of international standard in their respective areas, farmers and traders alike will no longer have to face the risk of vegetables getting damaged.

Meanwhile, the board has added different facilities like drinking water tap, LED TV and market information announcement system. Dahal inaugurated the facilities on Tuesday itself. The board also organized programs like public hearing, blood donation and friendly football match between the board officials and vegetable enterprisers over the past week as part of its 24th anniversary celebration.

KATHMANDU, June 27: Some 600,000 passengers have left here for their home districts to use their voting rights in second... Read More...

KATHMANDU, Nov 22: Uninterrupted power supply in the Kathmandu Valley since past couple of weeks has boosted the confidence of industrialists... Read More...