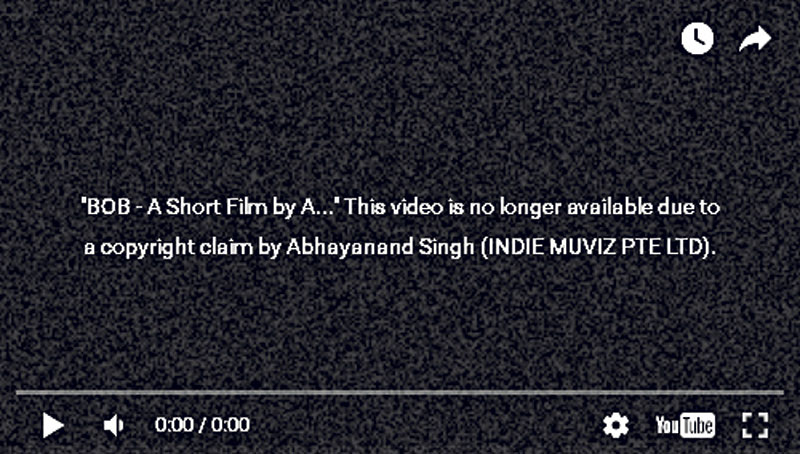 KATHMANDU, June 30: Two days after YouTube took down the much controversial short film ‘Kriti’ over copyright claims by Aneel Neupane, Muvizz.com, producers of the said short film, are set to file a defamation suit against Neupane, reported IANS.

Advocate Rizwan Siddiquee, representing Kunder and Muvizz.com, has stated: “As of now, my client’s film ‘Kriti’ is being exhibited on Muvizz.com, Dailymotion, Vimeo and Facebook. We have also explained our legal position to YouTube channel.

Muvizz.com have also released an official statement stating that they have initiated legal proceedings and will also be filing a defamation suit.
Talking to Republica, Neupane said that he is ready to fight the legal battle, but expressed his doubts over “fair” ruling by the court.

“I have until now not taken any action against makers of ‘Kriti’ except the Facebook post I made right after watching the short film and report the infringement of my copyright on YouTube. If they have decided to file the case against me, I’m ready to fight the legal battle.

I’ve been in talks with a lawyer, and I know that I have enough evidences to support my claims. However, like I said earlier, I don’t have money while they have lots of it. They say money can buy anything, so I’m not very sure what to expect,” he said.

Aneel Neupane’s claims have been supported by people all over the world on social media. Twitterati continue to express their support to the young filmmaker tweeting under

The International Federation of Journalists (IFJ) expressed its serious concern over the defamation lawsuit filed against Nagarik daily at Kathmandu... Read More...