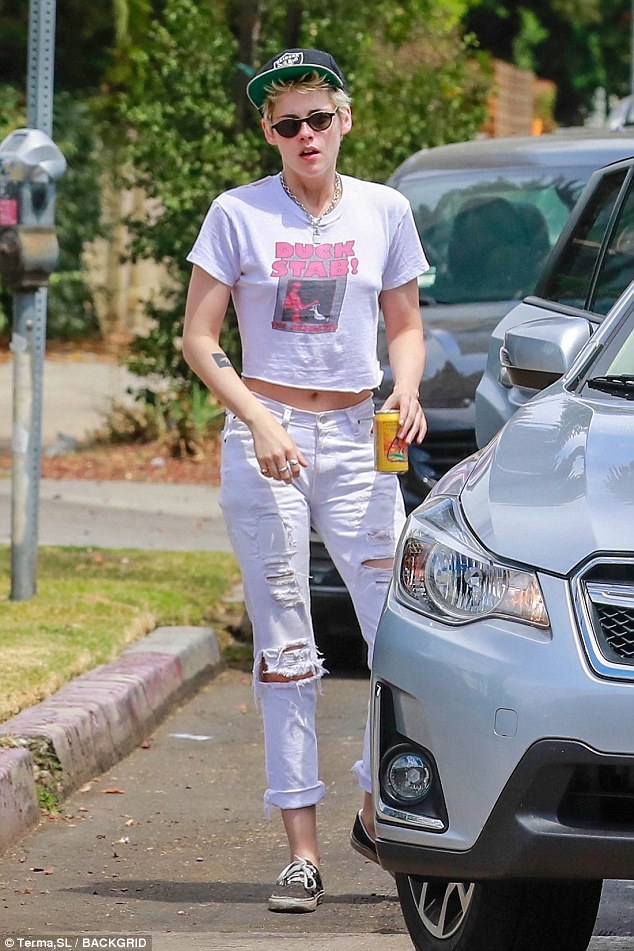 The couple were spotted together in the Los Feliz neighborhood of Los Angeles Saturday afternoon.

The couple seemed to be enjoying each other's company when they were dropped off in front of Kristen's car by a friend.

The Twilight star opted for an casual look, rocking a tummy-revealing white cutoff t-shirt and white vintage jeans with some dark sneakers and a baseball cap over her short dyed blond tresses.

She added a pair of dark sunglasses to help keep the Southern California glare out of of her eyes.

On this day, the Victoria Secret's model went with the classic combination of denim jeans with a denim jacket over a t-shirt and black sneakers.

She too wore dark sunglasses and styled her blond locks long and with some natural body and waves to it.

The power couple have reportedly been dating since late 2016.

Stella keeps an apartment in New York City, but they spend as much time as they can together traveling or at Kristen's four-bedroom home in Los Angeles.

It has been a busy time of late for the 28-year old actress.

She is currently filming the political thriller Against All Enemies. Plus, she has three other films that will come out in 2018 and 2019 that include: the adventure-thriller Underwater; the biographical thriller Lizzie, co-starring Chloe Sevigny; and the film JT LeRoy, co-starring Laura Dern.

Stella, who was born in Belgium, is best known for being a Victoria Secret Angel and as the face of Max Factor. 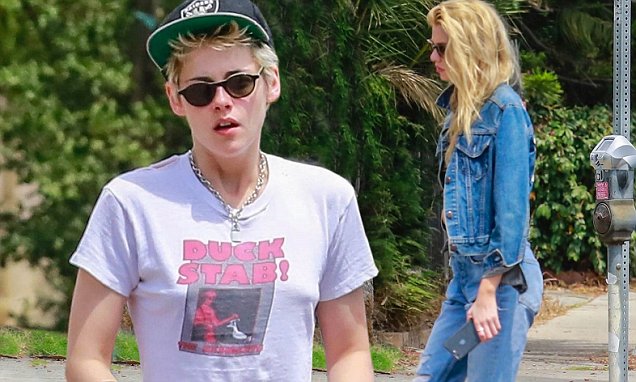 The 26-year-old, made headlines in February when she announced she was gay while hosting the U.S. late night sketch show... Read More...

Kristen Stewart says Trump was ‘obsessed’ with her

“Twilight” star Kristen Stewart said President Donald Trump was “obsessed” with her when he posted a series of tweets in... Read More...