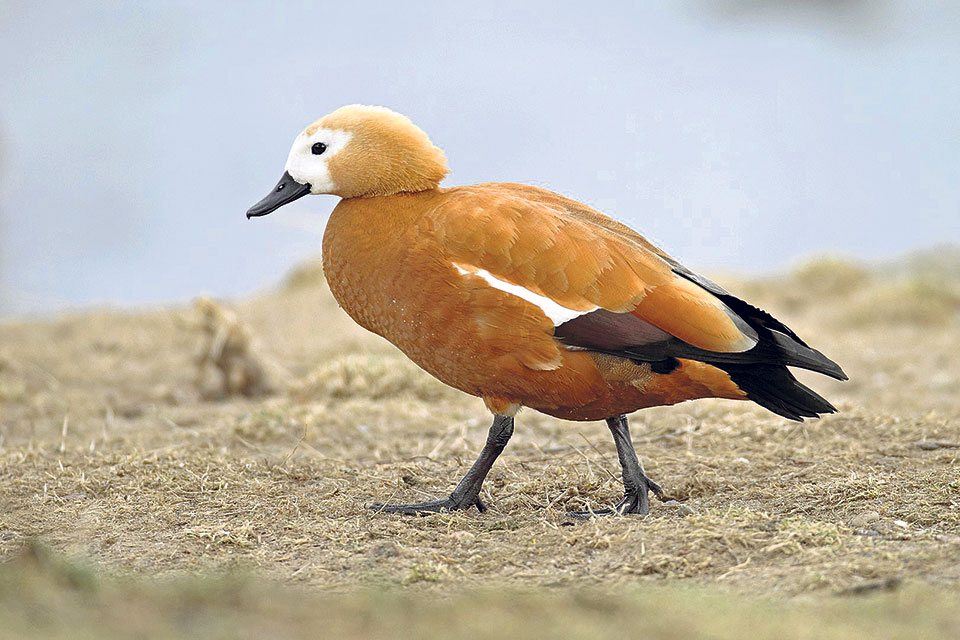 ITAHARI, Dec 18: Koshi Tappu Wildlife Reserve (KTWR), which has earned itself the reputation of “birds’ paradise”, has welcomed a disappointingly low number of migratory birds this year.

This has worried bird lovers. Usually, migratory birds arrive in the reserve area from mid-October to December. The administration of KTWR informed Republica that the number of guest birds is decreasing every year. “In comparison to the previous years, the number has dropped significantly this year,” said Ramdev Chaudhary, warden of the reserve.

In August 18, 2008, flood in Saptakoshi River had damaged the eastern embankment of the reserve resulting in destruction of several wetlands. That led to the fall in the number of migratory birds for two years. However, the number increased consistently over the next few years but started declining again since the past five years, said Chaudhary.

This year, very few species of ducks, including ruddy shelduck, gadwall, greenshank, red shanks, and northern pintail among various other wetland birds have arrived in the reserve. Until a few years ago, birds named terns used to come in groups but this year only 50-60 of them have arrived here. Fortunately, there is a rise in the number of ruddy shelduck.
Anish Timsina, a local guide, said that visitors still can see different species of migratory birds though in less number. Drying wetlands has also disturbed the habitat of birds here. There used to be a crowd of domestic and international tourists in the reserve until the eastern embankment collapsed.

“It is hard to find international tourists now but the number of domestic tourists is still satisfactory,” said warden Chaudhary.

Besides, drying water and shrinking wetland areas, poaching and irrational activities of human beings are among various other factors behind the decreasing number of birds in KTWR.

Poaching is very common in the eastern parts of the reserve. KTWR administration has sent a letter to the responsible authorities to tighten the security to prevent farmers from hunting birds in the reserve.

Bird expert Dr Homsagar Baral said that the deteriorating habitat is the reason behind the decreasing number of birds in the reserve.

“In lack of proper habitat, birds fly toward the fields. But they are not safe there,” said Dr Baral. He says the condition of birds is miserable not just in Nepal but in the whole world these days.

KANCHANPUR, Dec 17: The mobility of migratory birds has started increasing in the rivers, lakes and wetlands of Kanchanpur district. Read More...