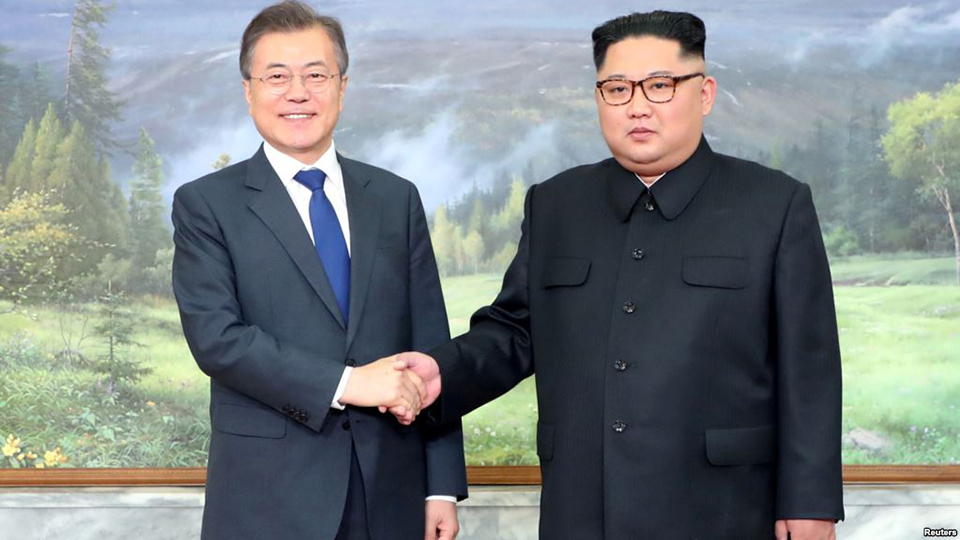 LONDON, Oct 4: Kim Jong-un and South Korea President Moon Jae-in are the odds-on favorites to win the Nobel Peace Prize this year, according to leading bookmaker Coral after a flurry of bets in the last 24 hours.

The North Korean leader and Moon are the odds-on favorites at 4-6 to share the prize after Coral was flooded with bets on the Korean leaders.

US President Donald Trump is the second favorite at 5-2 to become the first American president since Barack Obama in 2009 to win the award, while Raif Badawi is the lowest priced non-politician in the betting at 16-1.

Coral’s Jim Hill said: ”The betting suggests Kim Jong-un and Moon Jae-in are on course to share the 2018 Noble Peace Prize as they are odds-on on the back of their efforts in trying to secure peace between the two Korean countries.

"Despite some negative publicity this week, Donald Trump is second best in the betting and is still attracting strong support."At the start of the year, the US president was a huge price to win this award but his odds have shortened with every month.”

The Nobel Peace Prize 2018 will be awarded on Friday, October 5.

The odds come as US Secretary of State Mike Pompeo said he was optimistic his planned visit to Pyongyang this weekend would bring progress toward the second summit between Trump and North Korean leader Kimand in building a path to North Korea's denuclearization.

Pompeo said: "I'm very happy to be going back to get another chance to continue to advance the commitment that Chairman Kim and President Trump made back in Singapore in the second week of June."I'm optimistic that we'll come away from that with better understandings, deeper progress and a plan forward, not only for the summit between the two leaders but for us to continue the efforts to build out a pathway for denuclearization

The North Korean dictator pledged to work towards scrapping his regime’s nuclear arsenal in June but his actions have fallen short of the US President’s demands for a complete inventory of Pyongyang’s nuclear weapons.

Trump appears keen to hold a second summit with Kim despite the lack of action.

North Korea Foreign Minister Ri Yong Ho told the United Nations last week that continued sanctions were deepening the North's mistrust of the US and there was no way Pyongyang would give up its nuclear weapons unilaterally under such circumstances.

Five killed, 37 others injured in bus-truck collision in Kohalpur
12 hours ago