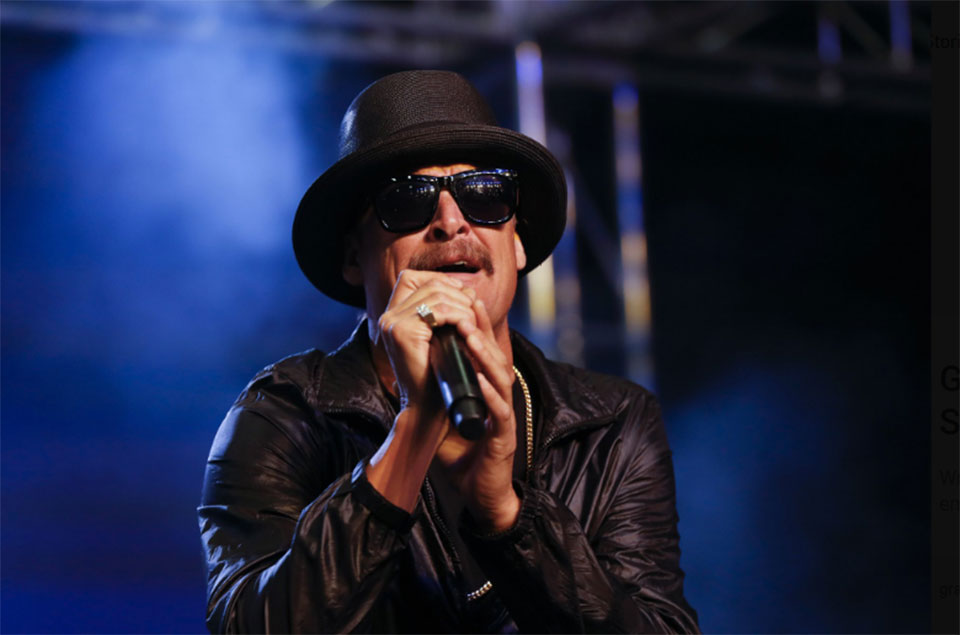 Instead, parade organizers have invited James Shaw Jr., the man hailed as a community hero for wrestling a gun away from the shooter during a Nashville Waffle House shooting in April that killed four people and injured four others.

On Friday morning, Kid Rock used an expletive to describe Joy Behar during an interview Friday on “Fox & Friends.” He did the interview from his bar in Nashville, where he swigged bourbon while tending bar on camera and said he had been drinking coffee and Irish cream liqueur.

“God forbid you say something a little wrong; you’re racist, homophobic, Islamophobic, this that and the other. People need to calm down, get a little less politically correct,” Kid Rock said. “And I would say, you know, love everybody. Except, I’d say screw that Joy Behar (expletive).”

Multiple “Fox & Friends” personalities apologized on air afterward. Kid Rock apologized for the language, but “not the sentiment.”

Several parade organizers announced Friday evening that the parade will no longer feature Kid Rock, who had volunteered to be the grand marshal. Shaw, who has become a national figure after his heroics in the spring, has accepted the invitation, according to a spokesman for the group of organizers.

The main sponsors include Piedmont Natural Gas and five bars on Nashville’s main nightlife strip, including Kid Rock’s establishment. The proceeds from the parade are going to the Children’s Hospital at Vanderbilt.

The bars were noticeably absent from the statement announcing that Kid Rock would no longer be in the parade.

Kid Rock’s comments drew quick backlash, with a spokesman for Mayor David Briley saying he was leaning against participating in the parade if the singer was leading it, citing the “hateful” words.

“When you have the grand marshal of what’s labeled Nashville’s Christmas parade saying hateful things on national television, the mayor obviously does not want to be included in an event with someone like that,” spokesman Thomas Mulgrew said.

At least one other Nashville politician, Metro Nashville councilman Freddie O’Connell, said on Twitter before Kid Rock was dropped that he wouldn’t participate in the parade. “The choice of grand marshal evokes neither the spirit of Christmas nor the inclusivity I think represents the best of Nashville,” he wrote.

Briley is a liberal Democrat. Kid Rock, a brash Detroit-area musician whose real name is Robert Ritchie, for a while teased a Republican run for the U.S. Senate in the 2018 election.

A publicist for Kid Rock did not immediately messages requesting comment Friday.

KATHMANDU, May 19 : Nepalis have been raging in an opinion war over the use of vulgar words on Nepali... Read More...

To propagate Buddhism, we need to follow the rules

Since the recent outbreak of COVID-19, the global epidemic has hit us hard. In this disaster, we, the Tibetan Buddhist... Read More...

Residents of Nabhi, Gunji and Kuti used to pay land revenue to Nepal until 2035 BS
29 minutes ago