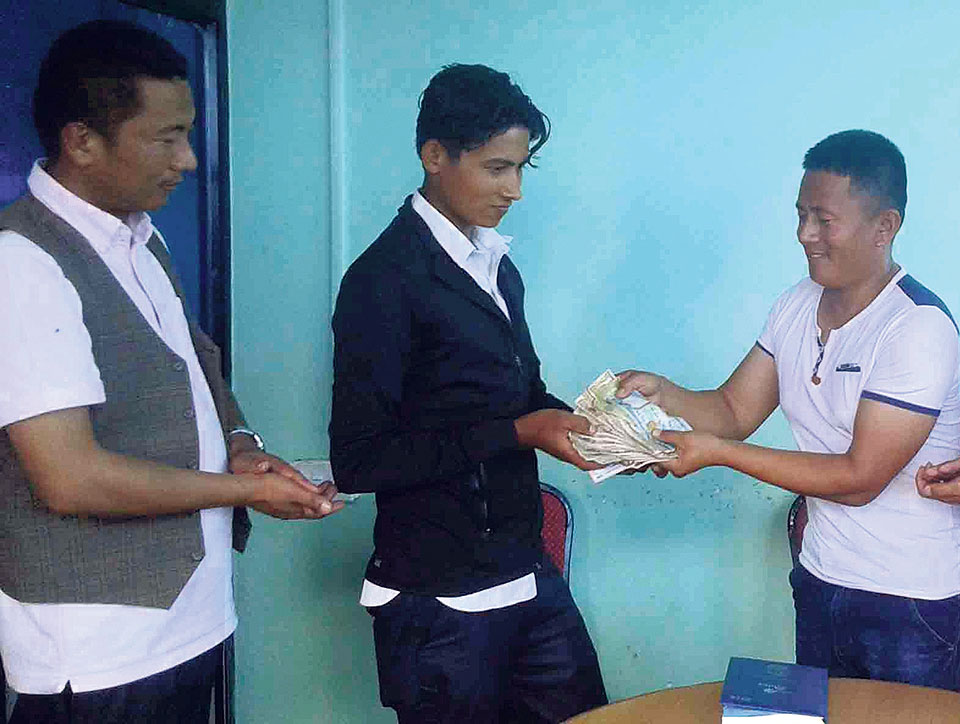 KHOTANG, June 24: Khotang Sewa Society UAE (KSS UAE) has provided financial assistance to the family of an infant whose mother died after delivery. The assistance was provided for the infant after the mother, Sarita Karki, 25, of Halesi Tuwachung Municipality-11, died on May 16.

The society has informed that the sum was handed over to assist the father for the upbringing of the infant.

Sarita died two hours after she gave birth to the baby at Nobel Hospital, Biratnagar. After complications arose during the delivery in the district hospital, she was rushed to Nobel Hospital in an ambulance. Relatives of the family said that although Sarita gave birth to twins, a girl died on the way home to Lahan.

“The baby boy is being administered lactogen in the absence of breastfeeding,” said Milan, who is also a member of the society.

Formed in 2016 under the presidency of Bal Kumar Rai, the society has been helping the needy Nepalese citizens in the UAE, victims of flood and landslides as well as people struck by other natural disasters.

How to combat internalized racism?

In today’s social climate, discussions on the topic of discrimination are becoming more and more common as we examine ourselves... Read More...

RAMECHHAP, Sept 17: When Urmila Thami of Khadadevi Rural Municipality was a small child, something would grip her attention quite often.... Read More...

KATHMANDU, March 22: Minister for Health Gagan Thapa has praised the role of the social activists and social workers for... Read More...