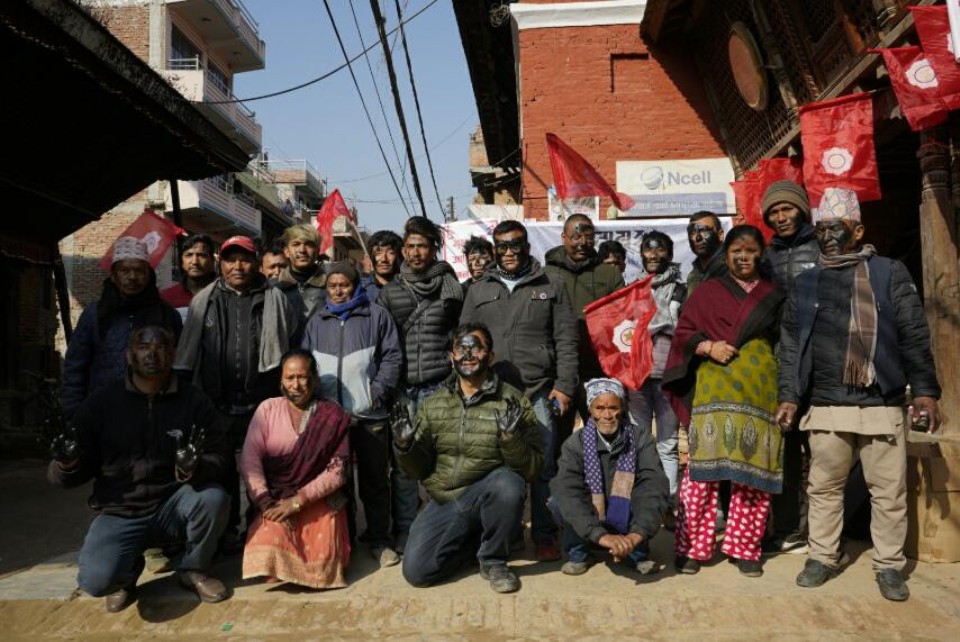 KATHMANDU, Jan 7: Expressing serious reservations at the ongoing construction of development projects including Kathmandu-Terai Expressway through their area, local residents of Khokana in Lalitpur district staged a protest smearing soot over their faces, on Tuesday.

Khokana is an ancient Newari settlement located in the southern part of Kathmandu Valley. It witnessed a series of protests in recent years as successive governments announced to construct mega development projects through the area.

Also on Tuesday, the locals staged a protest in front of the ward office at Khokana chanting slogans against the government.

"We decided to smear soot on our faces to draw the attention of the government on the issue. We hope our voices will be heard this time," local activist Rajaram Tandukar said. 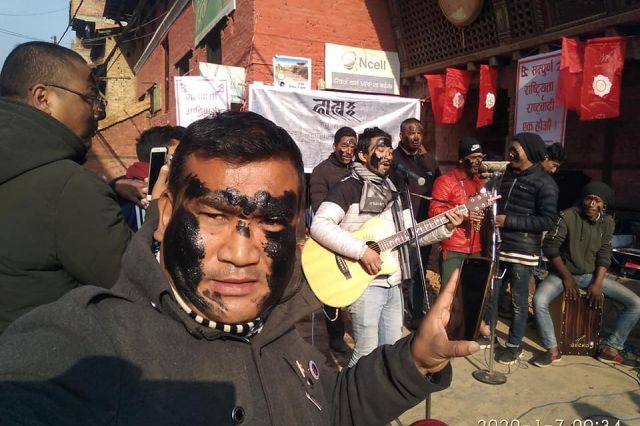 He said that hundreds of local residents are going to be displaced due to the construction of the mega projects. "The development projects pose threats to our cultural and religious heritage sites and indigenous identity. We have not received sufficient compensation too," Tandukar added.

Last year, the government had awarded the Nepal Army to build the Kathmandu-Terai Expressway, a national pride project. Amid public outrage, the army stated in last August that the alignment of the expressway was changed in two places Khokana and Mahadevtar-Lendada with the view to preserving Sikali Temple in Khokana and Kodesh area which hold cultural and historical significance.

KATHMANDU, Aug 28: Nepal Army on Wednesday said that the estimated cost of Kathmandu-Nijgadh Fast Track will be Rs. 175... Read More...

The Millennium Challenge Corporation (MCC) Nepal Compact which can be downloaded from https://mcanp.org/wp-content/uploads/2019/04/Millennium_Challenge_Compact.pdf is being discussed at large these days... Read More...

KATHMANDU, April 25: Locals of Khokana and Sainbu village of Lalitpur have refused the compensation for land to be acquired... Read More...