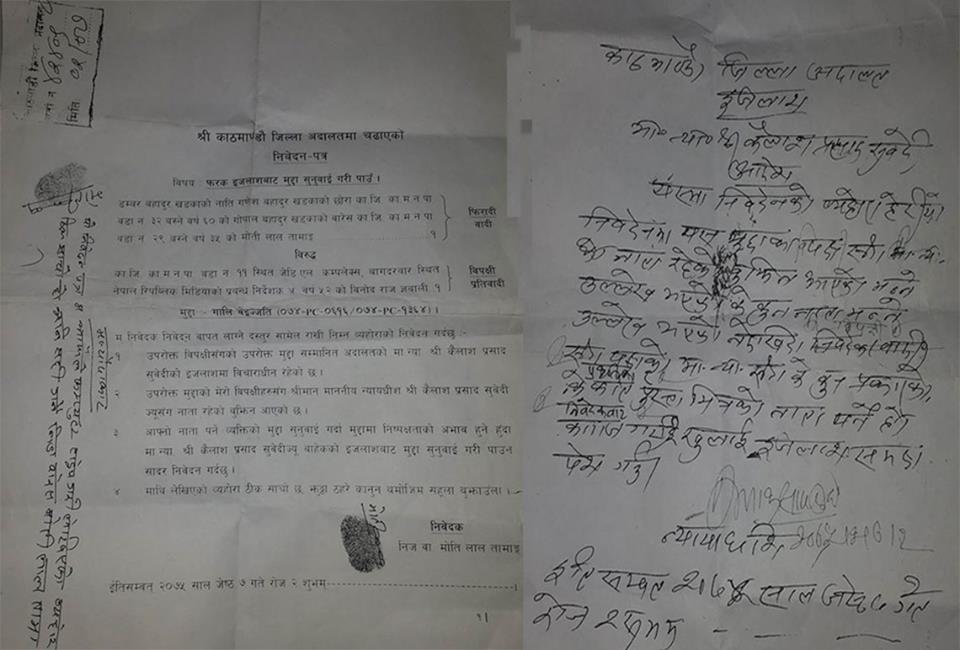 In a defamation case against Nagarik Daily, claiming Rs 800 million in damages, Khadka has tried to mislead the Kathmandu District court claiming that Judge Kailash Prasad Subedi has family relation with the defendants of the case.

Registering an application at court on Monday, Khadka, who postponed the hearing for several times, argued that due to the family relation between judge and the defendants, the bench of Judge Subedi cannot give verdict on the case without influence. He has demanded to transfer the hearing of the case in another bench.

However, the bench denied his claimed and has ordered the petitioner to prove the relationship between them

This is probably the biggest defamation case against any publication house in terms of the amount of compensation claimed.