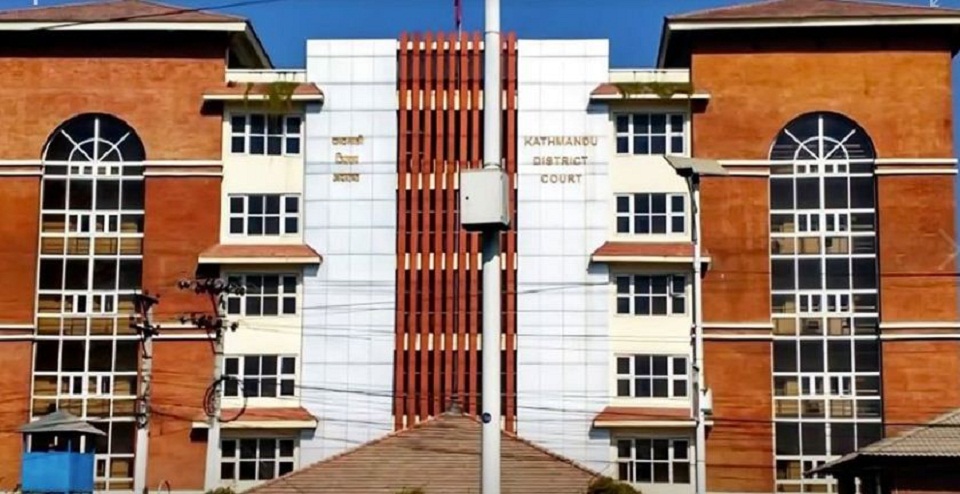 KATHMANDU, June 23 :The Kathmandu District Court (KDC) on Monday made it mandatory for police personnel and detainees or inmates to undergo a coronavirus (Covid-19) test before entering the court premises.

Judge Shreekrishna Bhattarai made this rule mandatory for the authorities to carry out the test of any detainee or inmate before they are brought to the court for trial by the police.

In its order issued in relation to the case of an accused of cyber crime, Ekram Rai, the bench ordered the police to bring the detainee or inmate to the court premise only after getting negative result of Covid-19 through the PCR  (polymerase chain reaction) test as per the standards set by the Medical Health Council and the World Health Organization.

Rai was taken to the court on Monday for trial by police, but the trial could not take place as the accused hadn’t been tested for Covid-19, according to KDC Registrar Ananda Shrestha. Rai, who was arrested a few days ago, was taken to the court with the report of Rapid Diagnostic Test (RDT) on Monday. The court did not accept the RDT test for the trial.

Later, he was sent back to the police station, with the court asking police authorities to produce him before the court  only after obtaining the PCR test results. Citing the reason that the police personnel need to work with the detainees or inmates and may not be able to maintain social distancing, the bench also directed the police to mandatorily follow the order while bringing them into the courtroom. The court made the Covid-19 test through PCR mandatory, while stating that those who enter the courtroom without COVID-19 test may help further spread the deadly virus.

The order further states: "Every stakeholder needs to be sensitive to control the virus. Else it could easily spread across the country. Therefore, necessary arrangements must be made for every individual to enter the court only after reliable testing."