Kathmandu wonders if Delhi's pollution comes to haunt it 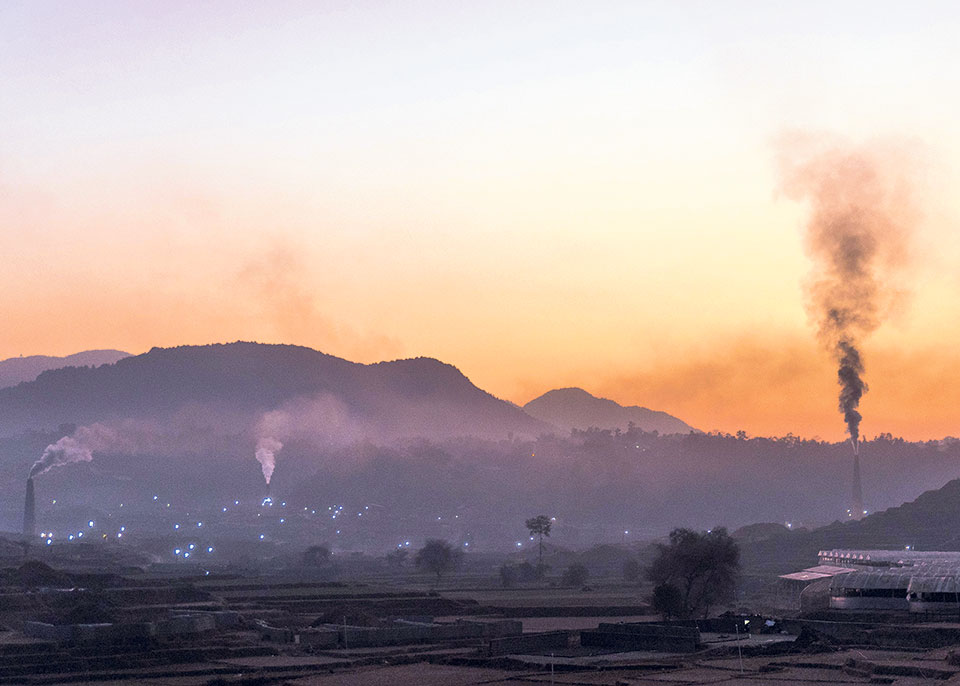 KATHMANDU, Nov 4: In view of the worsening air quality in Delhi, environmentalists in the country have urged the stakeholders for timely measures to prevent a similar level of pollution in Kathmandu.

The Delhi NCR air quality has worsened to thick layers of smoke and fog causing low visibility and has been adversely affecting the Delhiites. According to a news source, the AQI (Air Quality Index) of Delhi was 402 on Saturday evening but it soared up to 447 by Sunday's dawn. The AQI between 300-500 indicates signs of hazards and suggests avoiding all physical activities outdoors.

Fearing that all the air pollution measuring stations in Delhi showed a critical rise in air pollution level, the authorities declared a 'public health emergency' on Friday. Schools in most parts of Delhi are said to remain closed until Nov 5, construction activities are banned and multiple flights have been diverted from the Delhi Airport.  Delhi's situation leads to a mounting concern that if this severe air pollution condition in Delhi is a reminder to us.

Environmental experts state that Delhi's pollution might pose little or negligible threat to some parts of the southern lowlands of our nation. However a lot is there to learn from this severe situation. Experts mention that if we keep ignoring symptoms, Kathmandu will soon have to face problems like Delhi.

“We are not far from a bigger hazard; Kathmandu can soon be the victim of increasing AQI and its harmful effects” said Bhushan Tuladhar, an environmental activist.  According to recent data of Air Quality Monitor (AQM) provided by US Embassy in Nepal, the AQI in Kathmandu is between 51 and 100 which is categorized in the 'moderate' group. This measure doesn't affect everyone but is sometimes seen slightly affecting the sensitive individuals. It is around 20 times less than Delhi's AQI measures; however experts suggest that if necessary precautions are not taken in time, Kathmandu will have to face problems similar to Delhi's.

“Kathmandu falls under the top 10 polluted cities in terms of air pollution worldwide. The number of people suffering from diseases caused by air pollution has been in the increasing trend” said Ganesh Shah, former for Science, Environment and Technology.

Reports show the increasing graph of AQI during winter every year. It is because during winter, extreme temperature inversion can occur due to people burning firewood and various other stuffs as a source of warmth which directly causes an increase in air pollution. Apart from burning firewood and garbage, the use of old vehicles which exhale harmful fumes of carbon dioxide also stands as one of the main cause for air pollution. All of these lead to increase in AQI posing threat to human health.

According to Shah, although Delhi's pollution might have effects mostly in Terai region, it might also pose noticeable threats in Himalayan region. “Delhi's increasing air pollution will surely affect some parts of Terai, but it can also affect the mountainous regions. This air can transfer through river corridors and can trigger the melting of snow,” he said.

However, to avoid the possible harmful consequences, both Tuladhar and Shah stress the need for proper monitoring from government as well as local bodies and widening the spread of awareness regarding pollution. Throwing or burning of garbage should strictly be discouraged along with eliminating or reducing the use of vehicles exhaling harmful carbon monoxide fumes ---electric vehicles can be used as a better alternative. To avoid possible effects of air pollution, people should be encouraged to use medicated face masks every time while walking outdoors.

Despite the above mentioned measures, turning off lights, computers, and electric appliances when not in use and use of energy efficient light bulbs and appliances can also be some helpful ways to prevent air pollution.

Rasuwa customs collects Rs 27.5 billion in revenue since 2015
1 day ago

A beautiful mind
5 hours ago