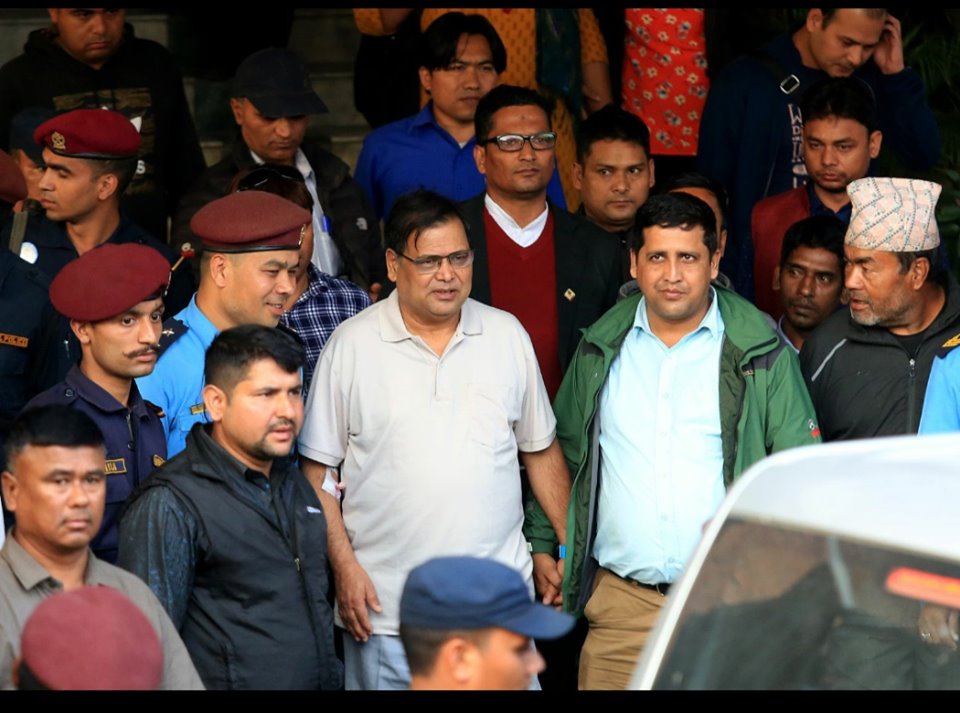 A bench of judge Dipak Kumar Dahal ordered the police to remand Mahara into custody and launch an investigation into a rape allegation against him.

Mahara has been under the police custody for ten days after a female employee at the Federal Parliament accused him of raping her.

Earlier today, police had produced him before after conducting the preliminary hearing at District Attorney Office Kathmandu.

Nepal Police will record the statement of the Mahara, on Tuesday from Norvic Hospital, where he has been admitted for treatment for the past one week.

He had stepped down from the post on October 1 after being accused of raping a female staffer of parliament secretariat and is currently being treated at the hospital under police custody.

According to police, the hospital has declined to discharge him citing his high blood pressure.

Mahara, who was arrested on October 6 after the staffer formally lodged a police complaint of attempted rape, was admitted to Thapathali-based Norvic Hospital on Thursday after he complained of respiratory problems.

Police have already recorded Mahara’s preliminary statement in the presence of the district attorney after his arrest. Mahara is yet to be presented before the court for remanding him in custody due to Dashain holidays. The court was closed until Sunday due to the Dashain festival. All courts across the country will remain closed on Monday as well to mourn the death of former Chief Justice Keshav Prasad Upadhyay.

The victim had registered a written complaint with the police alleging Mahara of rape attempt under the influence of alcohol. Mahara then resigned from the post on October 1 after the ruling NCP asked him to step down to pave the way for fair investigations.

Mahara is garlanded every day, but he looks sad and in pain