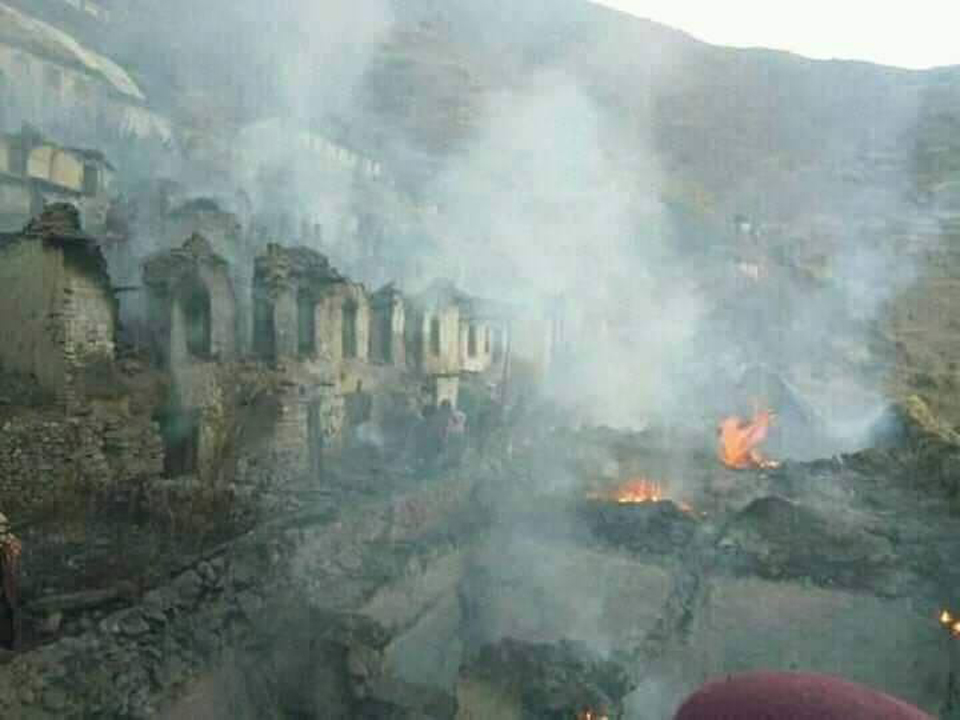 SURKHET, Dec 29: The Karnali province government has decided to distribute relief amount of Rs 43.5 million to the victims of the fire at Palata rural municipality of Kalikot district.

Eighty-seven houses were charred and more than 500 people displaced after a fire broke out on December 23.

Each family will receive a relief amount of Rs. 500,000, according to Bimala KC, spokesperson and provincial minister for land management, agriculture, and cooperatives.

The provincial government has already provided Rs 20,000 per family and other relief assistance to the fire victims immediately after the fire was contained.

In addition, the Council of Ministers meeting has also decided to implement the fire victim rehabilitation programme and provide the model sketch for constructing houses for the fire victims as well as technical assistance.

The Karnali provincial government is working to develop a ‘project bank’ to help the local government to commission policies and plans and required actions. The project bank will include matters like identification, prioritization, feasibility study etc for the big projects.

After the preparation for the bank is completed, the government is planning to hold an investment summit by mid-April 2019, according to provincial planning commission member Yogendra Shahi. We will make a study of all aspects and providing guidelines to the government.

Shahi also said that only projects that are deemed feasibility by a preliminary study will be included in the project bank.

Earlier, the provincial government had sent a list of 19 different projects, including roads, hydropower, cement, petroleum products among others for foreign development assistance and investment management.

“With abundant possibilities for water resources, herbs, and tourism, the investors will be appealed to invest in the same,” Minister for Economic Affairs and Planning Prakash Jwala said. The provincial government is also planning to invite the Prime Minister, federal ministers and heads of foreign donor agencies to the summit.

JUMLA, Feb 4: Locals of Karnali region have demanded increase in quantity of rice for birth and death functions. The government... Read More...