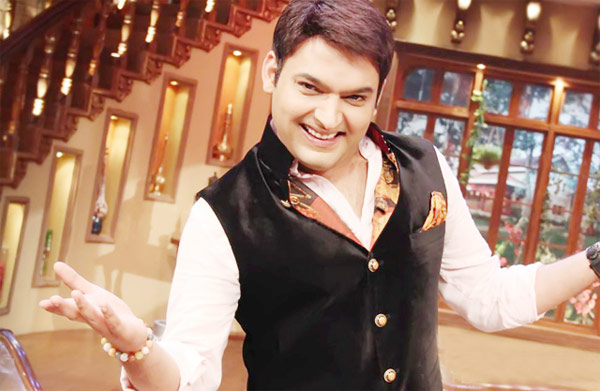 MUMBAI, March 25: Looks like things are not working in Kapil Sharma’s favour these days. After a very public spat with his co-star and front-man Sunil Grover, who played one of the most loved the character Guthi in The Kapil Sharma Show–it is now being reported that the comedian had to cancel shooting due to non-availability of celebrities.

According to Spotboye, the mid-air feud with Sunil has cost the famous comedian a whole lot. After Sunil boycotted the show, Chandan Prabhakar also left abruptly.

Now, rumour has it that Ali Asgar and Sugandha Mishra have also decided to stop shooting with Kapil. The episode with the Naam Shabana cast was a total fail since the main characters were nowhere to be seen.

Recently, it was also reported that Kapil broke down during the show while he was shooting for the episode and confessed to Manoj Bajpai about his grave mistake.

The next day, Sunil Pal and Raju Shrivastav, who were still a part of the famous comedy show, had to head home since Kapil had to call off the shooting due to non-availability of celebs.

However, Navjot Singh Sidhu, who has been a part of The Kapil Sharma Show franchise since its very inception, vowed to resolve the ongoing tiff between the two actors.

“Kapil and Sunil are brothers. Being a senior member of the show, it is my duty to bring them together again,” insisted Sidhu.

PARIS, June 19: The French president descended from the skies in a European military plane and Airbus and Boeing raced to... Read More...

Manaslu avalanche: One killed, several others injured
45 minutes ago

Avalanche in Manaslu mountain base camp, bad weather makes rescue difficult
2 hours ago
Sabitra's request to find her husband who disappeared in Italy five years ago
2 hours ago