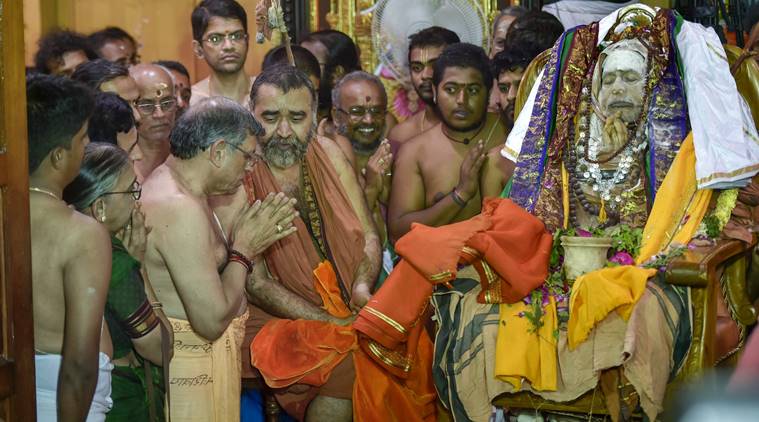 On Wednesday, Jayendra Saraswathi died of cardiac arrest while undergoing treatment at a hospital. He was 83.

Jayendra Saraswathi will be remembered for his efforts to popularise the mutt after the death of Sri Chandrasekharendra Saraswathi, the 68th pontiff of the mutt.

Prime Minister Narendra Modi condoled his death and shared an old photograph with Jayendra. “He nurtured institutions which transformed the lives of the poor and downtrodden,” he tweeted on Wednesday.

Jaynedra Saraswathi was born in Iruneekki in Thanjavur. He completed his education with late DMK leader Murasoli Maran, former union minister and DMK patriarch M Karunanidhi’s nephew. He took charge of the mutt in 1994. He was also known for his proximity towards leaders from the BJP, RSS and VHP.

During his time as the head seer, Jayendra Saraswathi launched several charity initiatives such as the ‘Jana Kalyan, Jana Jagaran,’ a movement to “serve the people and awaken the masses”.

The charity program aimed to establish temples in Dalit colonies and engage Dalits in temple rituals to expand the Hindu collective beyond the Dravidian polity’s anti-upper caste stance, and equating Hinduism with an inherent suspicion of Brahminism. He also appointed Dalit trustees in temples such as Mylapore Kapaleeshwarar.

SANTIAGO, CUBA, Dec 4: Fidel Castro will be laid to rest on Sunday alongside the mausoleum of Cuban independence hero Jose... Read More...