Kanchanpur culvert was built as per bilateral agreement 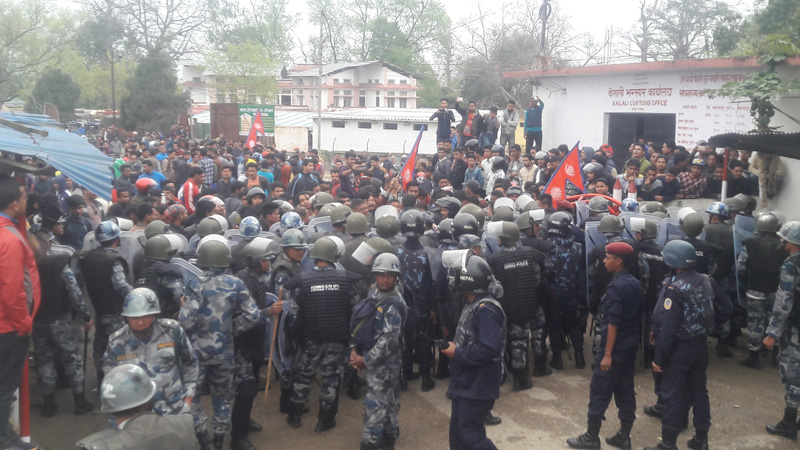 People stage protest at the Gauriphanta customs point in Kailali on Friday against Thursday’s killing of Nepali national by Indian SSB in Kanchanpur district. The protesters also clashed with the police, who prevented the protesters from crossing over to India. (Prem Bahadur Chhantyal/Republica)

KANCHANPUR, March 10: The Indian side had dishonored a bilateral agreement by demolishing an under-construction culvert near the Nepal-India border in Kanchanpur district inviting the conflict that led to the death of a Nepali on Thursday, according to officials.

The situation in Punarbas Municipality-8 of the district became tense after the Indian Sashastra Seema Bal (SSB) opened fire to disperse protesting locals, killing Govinda Gautam, 29, a local of Punarbas-8.

Locals were constructing the culvert near the border of the two countries as per an agreement reached between the authorities of the two sides. However, the Indian side intervened Wednesday angering the Nepali side, which later protested.

The dispute started because the Indian side went against the bilateral agreement to build the culvert, according to Hari Lamsal, a local civil society leader. “Two weeks ago, locals and security personnel of both the countries had agreed to allow the construction of the culvert. Although it was constructed as per the agreement, the Indian side destroyed it, which led to the confict,” he said.

“Although the authorities of both the countries had agreed to the construction, the Indian side later intervened. This invited further conflict in the already disputed bordering areas,” said Superintendent of Police (SP) Prakash Bahadur Chand of District Police Office (DPO), Kanchanpur. “The DPO and its Indian counterpart had held discussions and agreed to it.”

Despite the agreement, locals from the Indian side started destroying the culvert at around 6 pm on Wednesday evening, starting the dispute. Assistant Superintendent of Police (ASP) RK Moral of SSB has also admitted that the culvert was being constructed as per an agreement between the Nepali and Indian sides.

According to Govinda Rijal, the chief district officer (CDO) of Kailali, the Nepali side during a meeting with Indian officials on Friday have strongly objected to the demolition of the culvert built as per agreement. “We told them that they should not have demolished the culvert since it was built as per bilateral agreement,” Rijal said.

A team from the Department of Survey led by Senior Survey Officer Krishna Sapkota has reached Kanchanpur from Kathmandu to inspect the disputed border area, informed CDO Rijal. 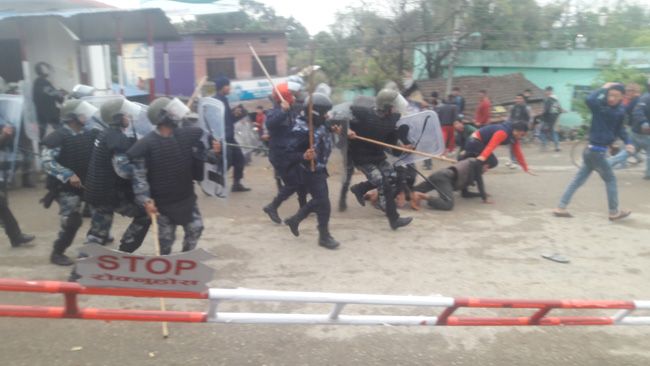 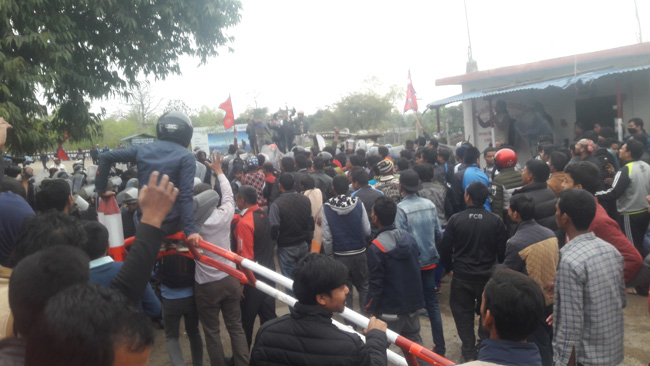 Rani Pokhari to be built as per DoA design