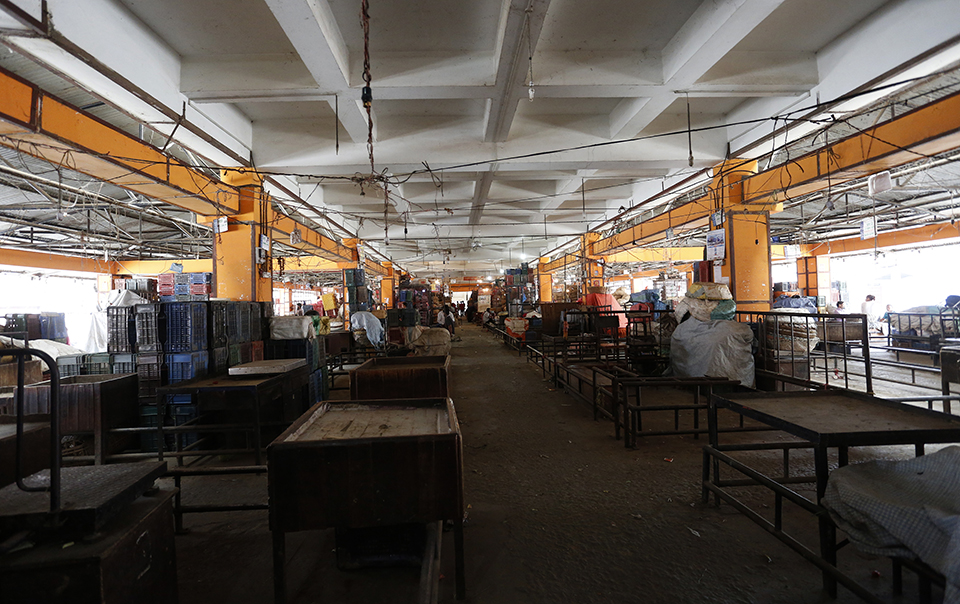 The market opened Tuesday at 3 am as usual and engaged in normal transactions. But only 100 tons of vegetables and fruits entered Kalimati, according to Kalimati Fruits and Vegetables Market Development Board. Usually Kalimati receives 500 to 600 tons of produce daily .

A meeting held Tuesday morning under Matrika Prasad Yadav, minister of industry, commerce and supplies, has decided to form a committee to resolve the problem of carteling by vegetable traders and also find a long term solution.

“After the trader's federation issued a press release Monday night threatening to close the market on Tuesday, representatives of the authorities concerned including myself reached the Kalimati market Tuesday morning, but we saw the market running as usual and so we did not take any action,” Yogendra Gauchan, director general of the Department of Commerce, Supply and Protection of Consumers, told Republica.

The government will not bow to the obstinacy of the traders, he said adding, “Needful action will be taken against middlemen.”

Tej Bahadur Subedi, spokesperson for the Agriculture Ministry, said the government will go with the decision that will benefit traders as well as farmers and consumers. “We have requested the traders' federation to continue operating the market and bring up any complaints formally,” he said. “The government has to take strict action to regulate the market.”

Meanwhile, Khom Prashad Ghimire, president of the traders' federation, has said that they are ready to show all their bills and receipts but the government should pay attention to their demands for proper market management, pricing criteria and vegetable market laws and by-laws.

Talking to Republica, Bishnu Prashad Timilsina, general secretary of the Consumer Welfare Protection Forum Nepal, said the government should find a long term solution . “Consumers and farmers are major victims of such protests activities,” Timilsina said adding, “Consumers have always been facing the problem of price rises in vegetables, for which several reasons are cited. On the other hand, farmers are not receiving a proper price for their produce.” The government should bring in long term policy to close this gap, he added.

He further said that in closing the market, the traders are challenging the government . “Vegetables are an essential commodity and no strikes should be allowed in the supply of such sensitive items,” he said adding, the government should bring the full force of the law down on wrongdoers.

Earlier, the Agriculture Ministry, in association with the Board, had inspected the market in an effort to take action against trader cartels. Even then, the traders had protested and filed a case at the district court against the Board. However the court refused to move the case forward since the matter was under consideration by the government, said Tejendra Prasad Poudel, executive director of the Board.

Traders have been leasing out their stalls at the Kalimati market to other traders at higher prices. The Board has decided to scrap the licenses of such stalls. “We have collected all the information and clarifications from the traders, and now the process of taking action will go forward,” Poudel told Republica.

TEXAS, Jan 11: President Donald Trump has again threatened to declare a national emergency along the border with Mexico as... Read More...

Gorkha shutdown in protest of monitoring and detention

GORKHA, Aug 25: The Gorkha Chamber of Commerce and Industry has enforced shutdown of Gorkha Bazaar since early this morning... Read More...