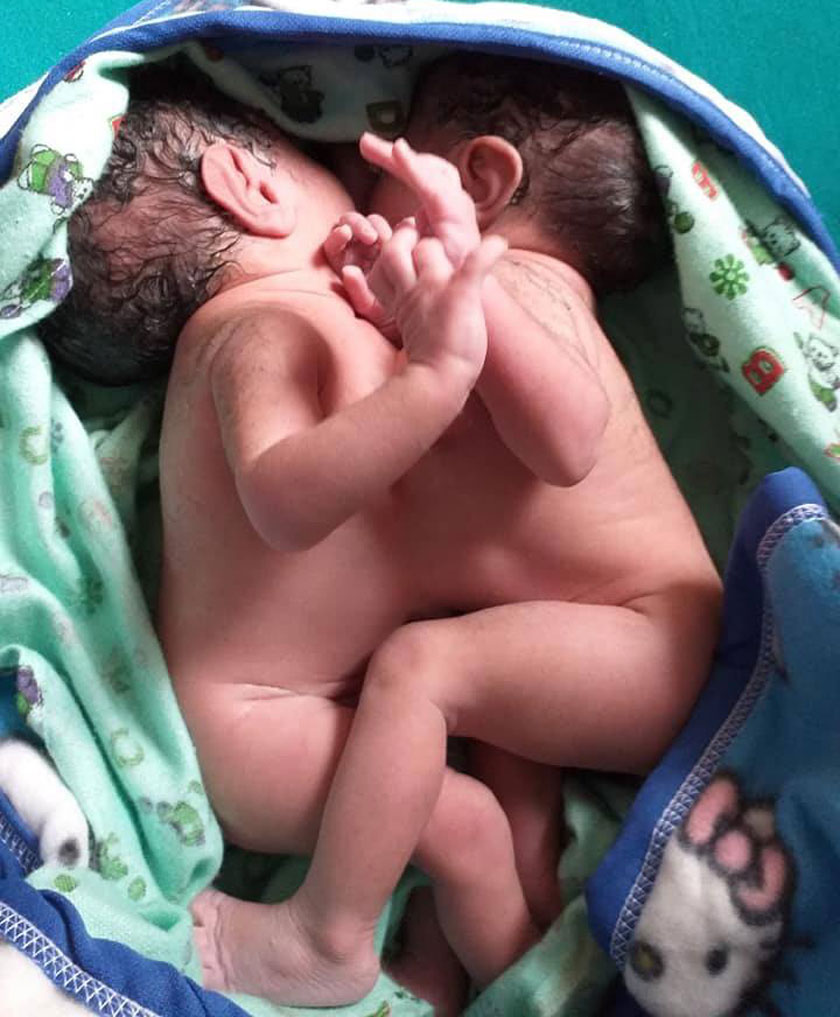 The conjoined twins at the neonatal intensive care unit of the Province Hospital in Surkhet pictured on Monday. | Photo: Nagendra Upadhyay/Republica

SURKHET, Nov 20: A woman from Kalikot district has given birth to a set of conjoined twins at the Provincial Hospital in Surkhet on Sunday. The twins were born to Lalita Budha of Raskot Municipality-5. They were delivered through a Caesarean section.

The total weight of Lalita’s twins is three kg and 600 grams. Both the newborns and the mother are doing well. The twins are currently kept at the Neonatal Intensive Care Unit (NICU).

Pediatrician Dr Nawaraj KC said that their chests and upper stomachs are connected. “As per the physical appearance, their stomachs and abdomens are joined,” said Dr KC, adding, “But we will soon find out whether their hearts and livers, too, are attached after an ultrasonogram.”

Lalita’s husband Birkha Bahadur had at first taken Lalita to the District Hospital, Kailali, but the doctors   there referred her to the Province Hospital. As soon as Lalita reached the Provincial Hospital, a team of doctors led by Dr Rajiv Shah started the operation. The team also included Dr Mahesh Paudel and Dr Rabina Khatun along with nurse Binita Basyal. It took the doctors three hours to complete the Caesarean.

In medical terms, this complicated birth is called thoraco-omphalopagus, according to Dr KC. Lalita, 25, already has two daughters.

After 27 hours of surgery, twin boys Anias and Jadon McDonald — born joined at the head 13 months ago... Read More...

SC justices refuse to conduct hearing on Wednesday as well, hearing conducted only by CJ Rana’s single bench
8 minutes ago