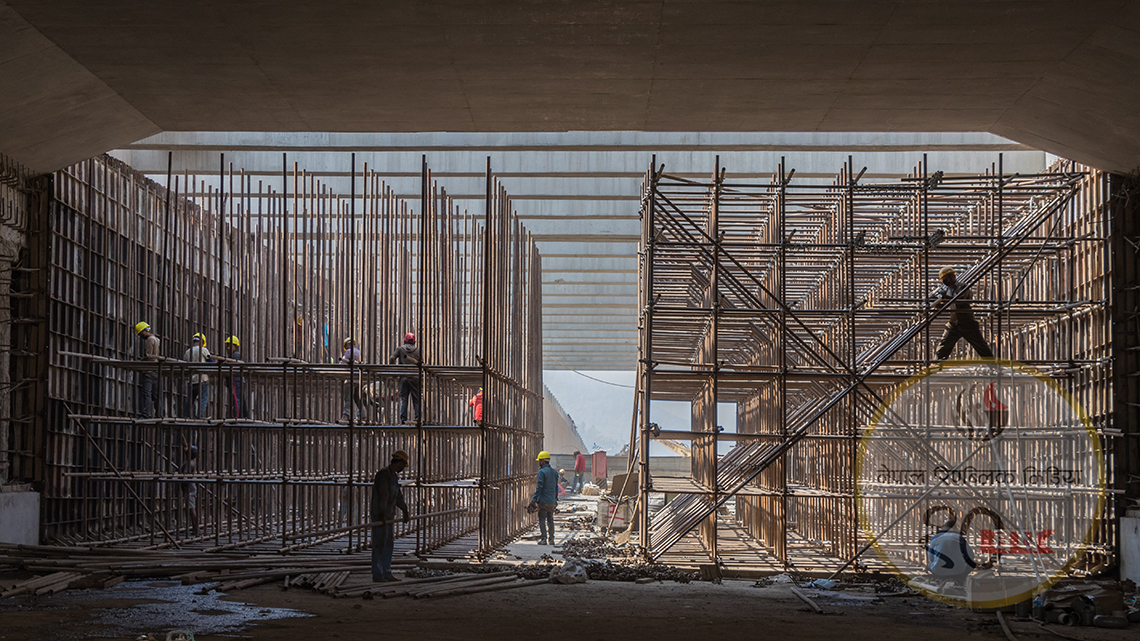 KATHMANDU, July 4: The underpass at Kalanki of the capital city is to come into operation in the third week of this month.

Considered the first such infrastructure facility of the country, the Kalanki underpass at the Kalanki Chowk is 800 metres long and has four lanes.

Only the 'wall finishing' works on 15 metres and blacktopping works on 400 metres of the underpass remain to be completed, it is stated.

It is constructed as part of the Koteshwar- Balkhupul- Kalanki Ring Road Improvement Project. The government of the People's Republic of China has provided 212 million Yuan (around Rs 5 billion) for this project.

Project chief Prakash Bhandari said preparations have been made for handing over the underpass to the government after finishing the remaining works by the third week of this month.

Similarly, the work of expanding the 10.4 kilometres Koteshwar-Balkhupul-Kalanki section of the Ring Road into an 8-lane road has reached to the final phase of completion. Works on nine kilometres of this section have completed. This is the first phase of the widening of the Ring Road.

However, process for the expansion of the Maharajgunj-Koteshwar section of the 28 kilometres long Ring Road is not decided as yet.

Before this, the Project had announced that Kalanki underpass would be ready for operation in the third week of June. RSS

UML today stands at a similar pedestal as NC after the historic political changes of 1990 or the Maoists after... Read More...

KATHMANDU, May 30: The Ministry of Education (MoE) is working to again reschedule the Grade 11 exams. ... Read More...

Child goes missing in a drain in Kathmandu. Who is responsible?
10 hours ago
'No changes made in the tax imposed on sanitary pads in new budget'
22 hours ago