Kalanki locals hope air pollution will be tamed after polls 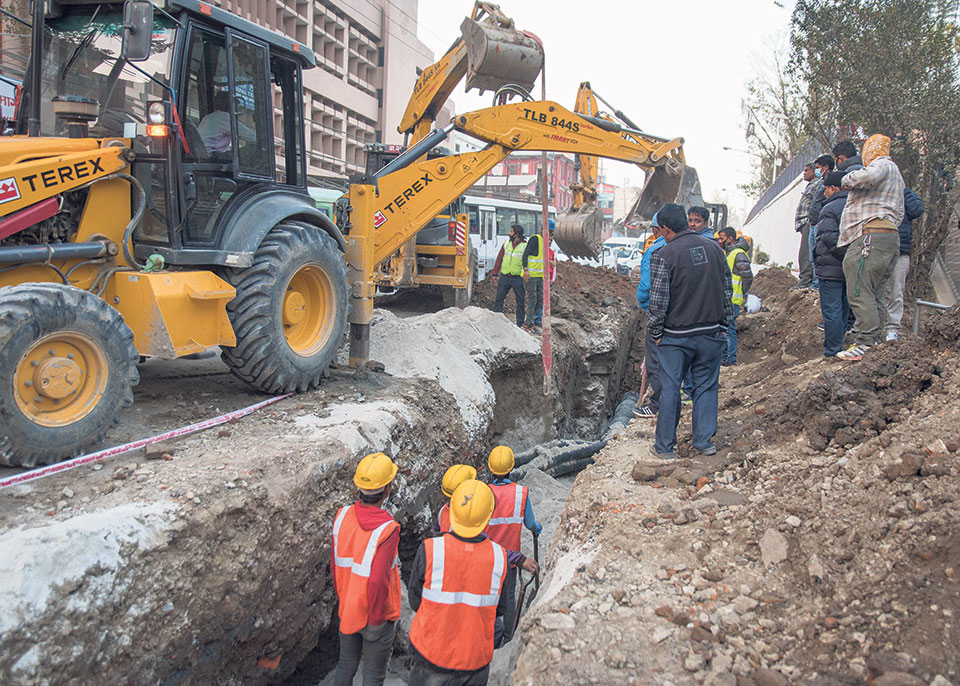 KATHMANDU, Dec 3: The appalling air pollution and the ailing health of locals in Kalanki have time and again made headlines for more than the past two years. The locals have knocked the doors of several government authorities, political leaders and high-level officials, urging them to control air pollution in the area but their voices haven't been heard.

However, time has brought those so-called 'responsible' persons to the doorsteps of the common people in the name of elections. The leaders who once turned their back to the plights of the people are now pretending to be 'genius' by urging them to make demands. However, their lofty promises and larger than life dreams are not appealing to the inhabitants here.

Candidates of various political parties vying in the upcoming parliamentary and provincial assembly elections scheduled for December 7 started their election campaigns a few weeks ago but the locals seem unimpressed. As expected by the locals, fast reconstruction of Kalanki road has been the major and a common agenda of all candidates. “We are tired of hiding our faces under masks and are dying to breathe fresh air,” said Jitendra Thakuri of Naikap, adding, “I hope the pall of dust and fumes will no more blanket our houses after the elections.”

With around 300,000 to 500,000 people traveling through this route every day, Kalanki is known to be one of the busiest junctions of the country. But in recent years it has also earned the recognition of the most polluted place in the nation. The sluggish construction of the first underpass road and the snail-paced pipe laying work of Melamchi drinking water project and stalled road expansion drive have been torturous for the people here.
Even though the place is grappling with other problems as well, the deteriorating health of the locals due to continuous exposure to pollution has been a major concern. “Every day, a large number of people visit us complaining about eye irritation and allergies,” said Eliza Karki, the owner of Okhati Polyclinic, Kalanki. According to her patients complaining of cloggy noses, itchy eyes and hay fever are very much common among the local dwellers. “Many of us rely on tablets such as levocetirizine and CTZ almost every day to get rid of common cold and throat problems,” Karki said.

A high level of fine particles in the air has led to serious respiratory problems compelling the people to struggle for their lives. “Dust is taking a toll on our lives. We cannot just see and smell the dust but can even touch it,” said Sanjay Lama, a street vendor in Kalanki. Disgruntled locals and even the commuters often stage protests with the objective of drawing the attention of the authorities concerned. "Our leaders couldn't do much in past, maybe they will do it this time out of shame," he added.

The road expansion drive which started four years ago has been stalled time and again due to the lack of coordination among various authorities and locals. Some locals who have built their houses by encroaching upon the public land are still against the road expansion drive. This has further delayed the process. "Those people won't allow the government to break their houses as long as they are not assured of a good compensation," said Srijana Karki, a local of Gurjudhara. According to her, the new leaders and representatives should be able to solve all these issues and speed up the road construction.