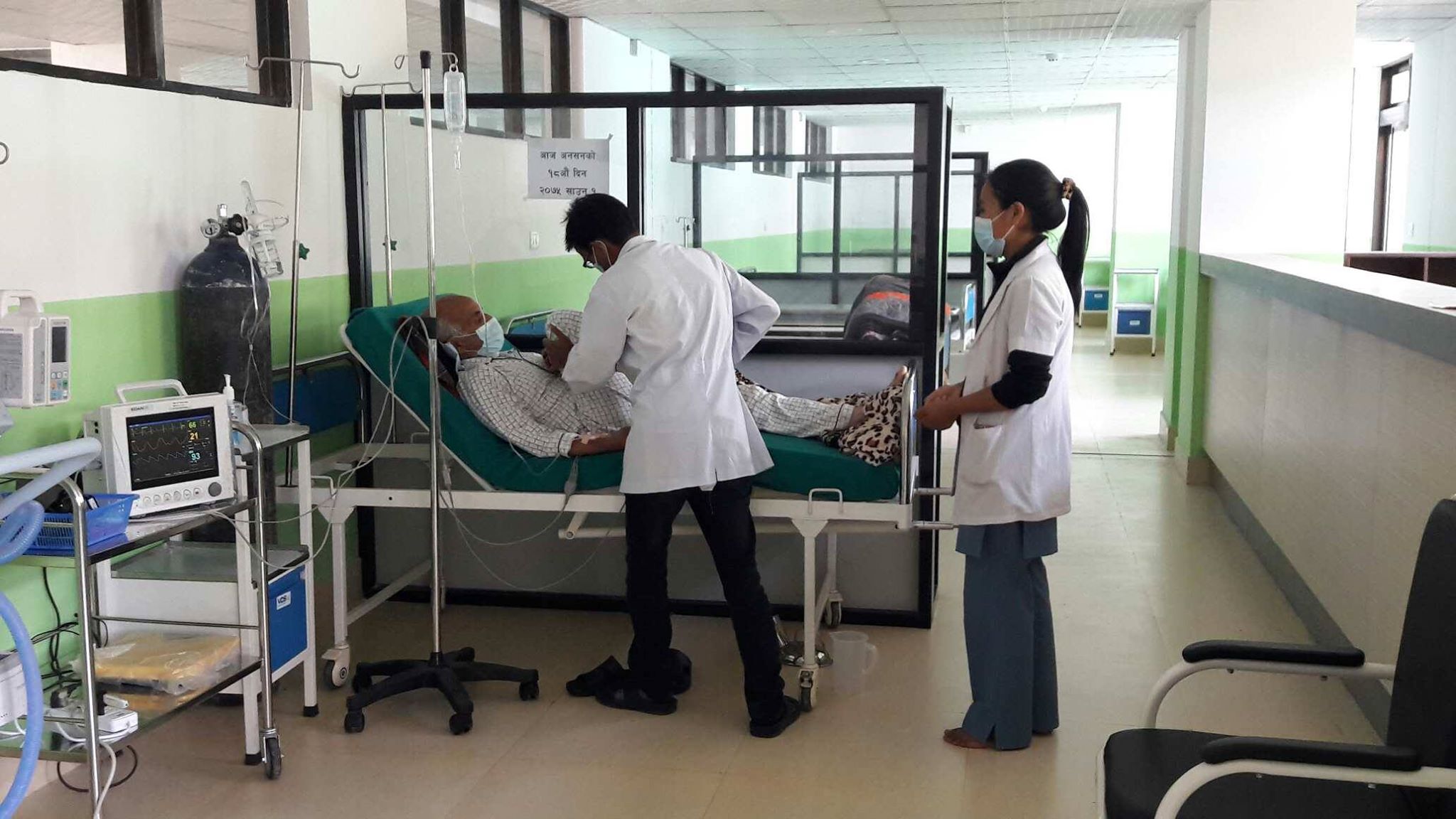 KATHMANDU, July 17: The Karnali Academy of Health Science has halted Out Patient Department (OPD) services to support Dr. Govinda KC’s cause for which he is on his 15th fast unto death for the past 18 days.

“The OPD services will remain shut until KC’s demands are addressed and his life is saved,” Dharmaraj Gokai, director of KAHS said. Expressing concerns over KC’s deteriorating health conditions, Gokai urged the government to immediately mediate with KC through a committee to address his demands and break his fast.

Patients seeking OPD services have been affected by the halt. Hikmat Rawal, an attendant of a patient said that they were feeling the burden due to government’s indifferences to KC’s pleas. He also urged the government to resolve the deadlock and ensure affordable and accessible health treatment.

Meanwhile, KC is undergoing severe respiratory problems. Yesterday, KC, who had declined for medication had appealed to doctors for help. According to doctors involved in the treatment, his heartbeat has increased drastically, indicating a severe problem in the heart. Likewise, his hands have also swollen.

OPD services at hospitals not shut down but limited

KATHMANDU, July 25: The Out Patient Department (OPD) services at hospitals were not shut down but were partially affected Tuesday as... Read More...