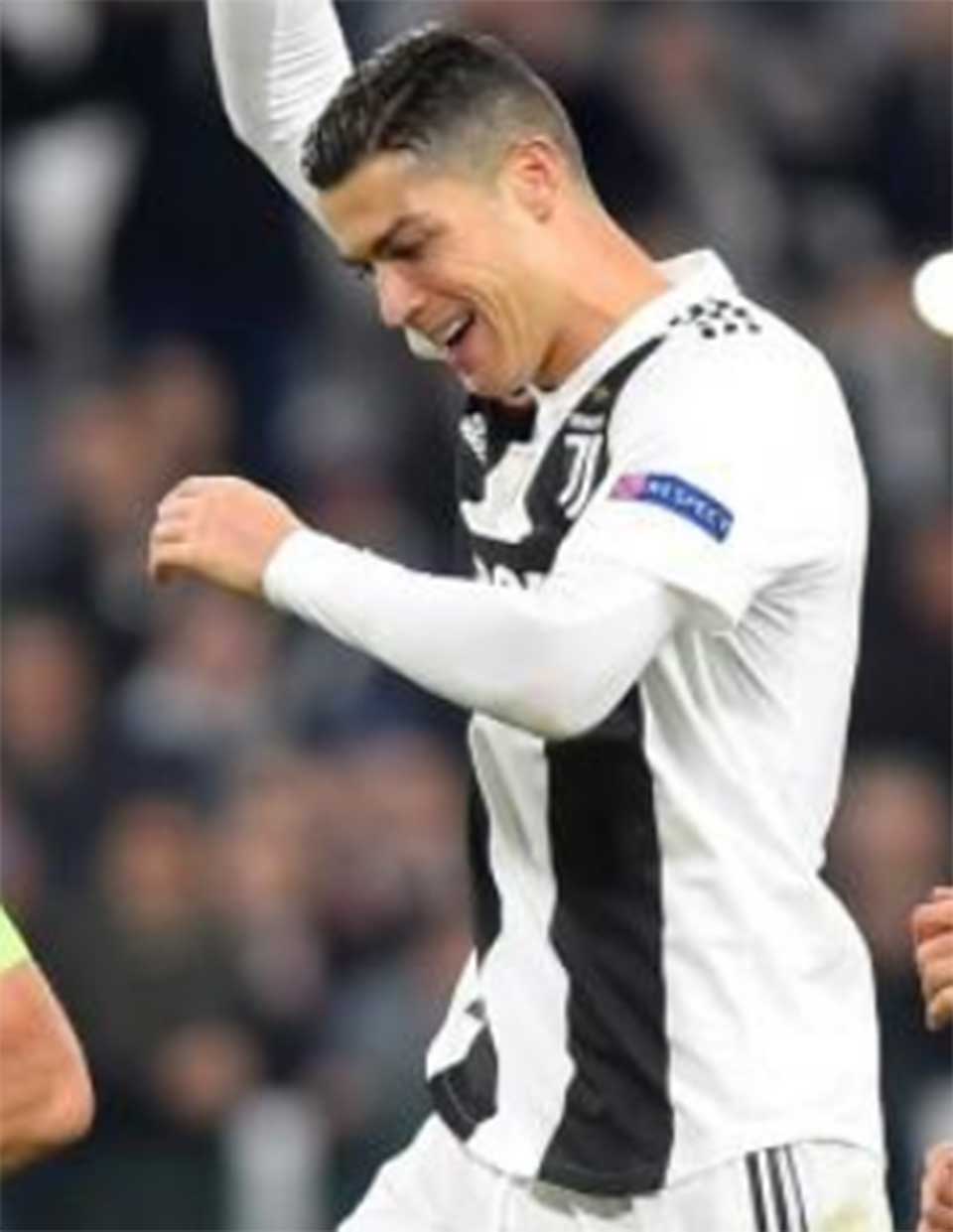 TURIN, Nov 28: Juventus clinched a place in the Champions League knockout stages when a brilliant Cristiano Ronaldo assist set up Mario Mandzukic to give them a 1-0 win over Valencia on Tuesday. The Serie A champions had struggled to break down Valencia’s defence until Joao Cancelo slipped the ball to Ronaldo in the Valencia area in the 59th minute of the Group H clash. Ronaldo wrong-footed Gabriel Paulista with some fancy footwork, giving him space to roll a low cross across the face of goal for Mandzukic to turn in from two metres. Juventus top the section with 12 points from five games while Valencia, third with five points, were eliminated after second-placed Manchester United beat Young Boys 1-0.

“Valencia have the best defence in La Liga and it’s not easy to score against them,” said Juventus coach Massimiliano Allegri.

“We got caught on the break a couple of times, we need to be more lucid when we go looking for the second goal,” he said, repeating a criticism that he routinely levels against his team.

Needing a draw to qualify, Juventus took few risks and the first half produced only one shot on target for each side. Ronaldo tested Neto with an early shot which the Brazilian dealt with easily while Juve goalkeeper Wojciech Szczesny made a brilliant save under the bar to keep out Mouctar Diakhaby’s header on the stroke of halftime. Ronaldo, sent off in the first meeting between the teams in the group, tried again with a low free kick after the break but again Neto dealt with it comfortably. Diakhaby had the ball in the Juventus net two minutes after Ronaldo’s goal but the Frenchman had used his arm to deflect in a free kick and it was chalked off. Paulo Dybala had a shot turned over by Neto and Mandzukic was close again from another inspired Ronaldo assist, the Portuguese this time controlling the ball on his chest and hooking it back in one move, as Juve cruised home.

“Our team is nine-tenths the same as last season but we have improved the speed of our passing and our execution, and Ronaldo gives us more self-confidence,” added Allegri.