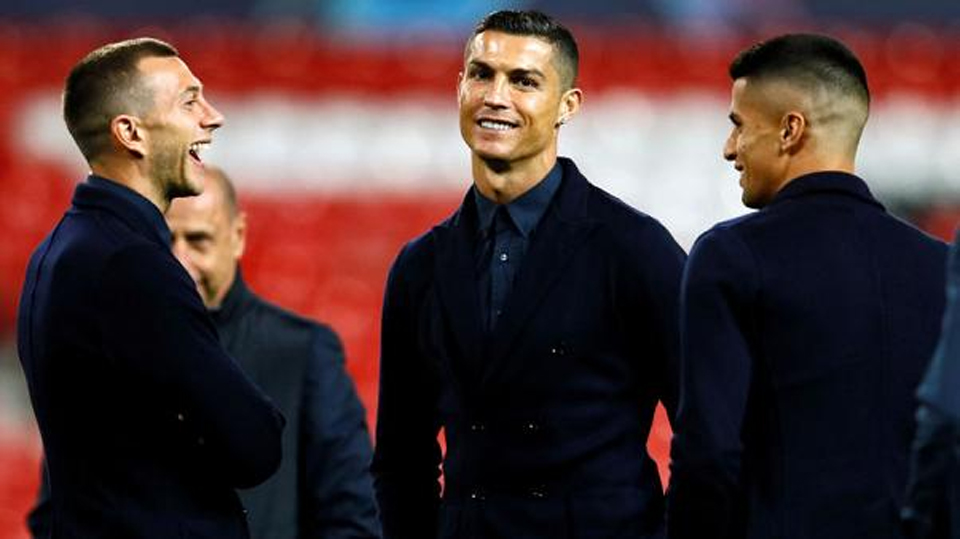 MANCHESTER, Oct 23: Juventus forward Cristiano Ronaldo is ready for an emotional return to his former club Manchester United in the Champions League on Tuesday but believes the Italian side can win by executing their gameplan.

Ronaldo is back at Old Trafford for the first time since 2013 when his goal for Real Madrid sent the Spaniards through to the Champions League quarter-finals at United’s expense.

“Emotional? I can remember what it was like when I was at Manchester,” the Portuguese told a news conference on Monday.

“I won lots of trophies here. I remember the support as well, the support was fantastic.”

Ronaldo lifted three Premier League titles, the FA Cup and two League Cups plus the first of his five Champions League crowns during six years at United and expects a tough game against Jose Mourinho’s team despite their recent struggles.

United are 10th in the Premier League after a sluggish start to the season and second in Champions League Group H, two points behind Juve after a win and a draw in their first two matches.

“It will be a difficult game. Manchester have a good team, they play at home,” Ronaldo said. “It will be tough for us, but we have our weapons. We have a chance, I know if we play the way the coach wants, we have a good chance to win the game.”

Juventus manager Massimiliano Allegri, whose team are four points clear atop Serie A after eight wins and a draw, said they would have to match United’s physicality and revealed he would play with a back four to give the side more stability.

“It will be a physical game, we will have to approach it with great concentration, manage the ball and set up well on a technical level to avoid one of the greatest dangers that they can bring us, namely high balls,” Allegri said.

The Italians will be without their Croatian striker Mario Mandzukic due to an ankle injury, while their Germany midfielder Emre Can will miss the match because of a thyroid problem.

“I’m sorry there’s no Mandzukic, though it is not anything serious with him. I’d already thought about playing with others in attack,” Allegri added. “We’ll probably play with a back four because in midfield we’ll have to numerically match them.”

MILAN, Sept 2: Cristiano Ronaldo was left waiting for his first Juventus goal after drawing another blank as the titleholders... Read More...