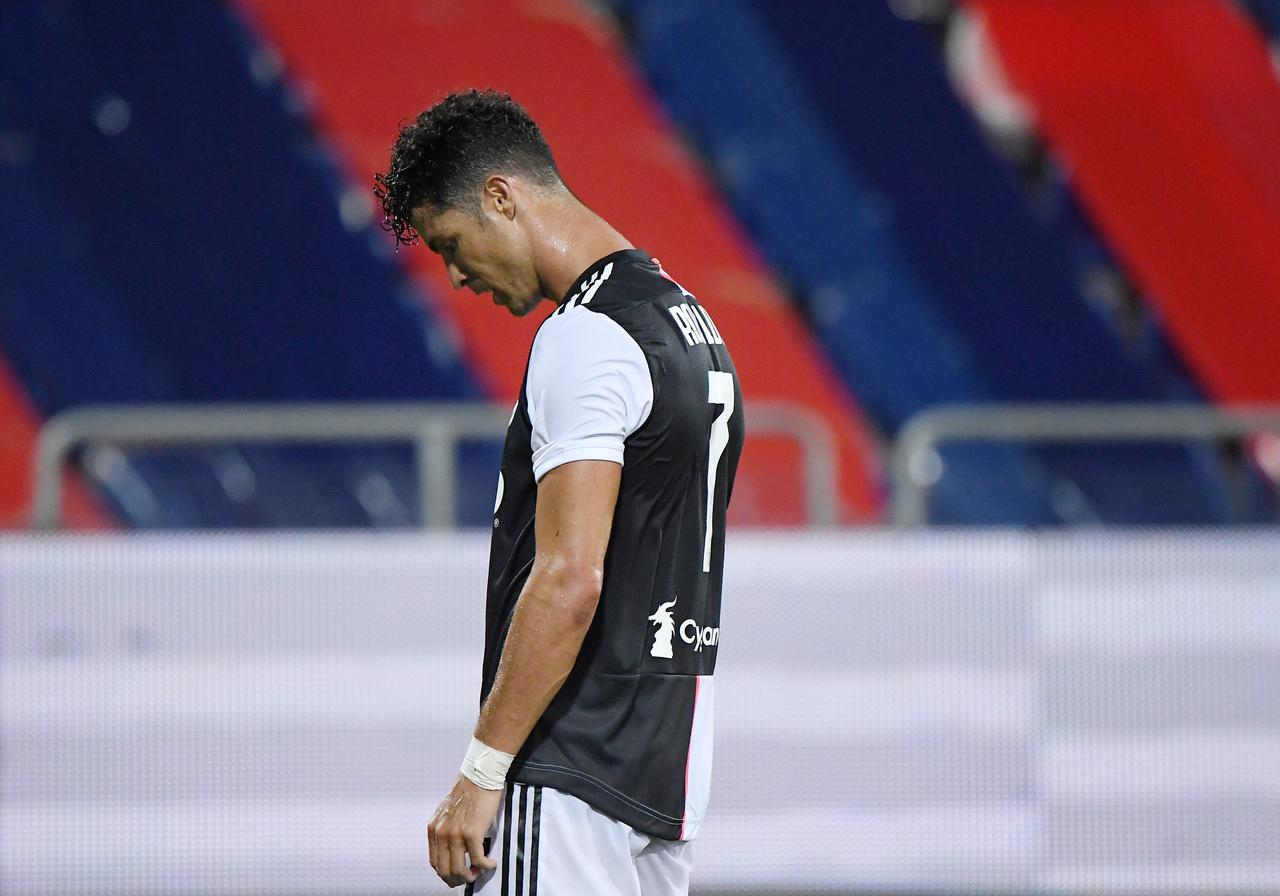 CAGLIARI, July 30: Cristiano Ronaldo’s hopes of finishing the season as top scorer in Italy’s Serie A faded away on Wednesday as he failed to find the net when champions Juventus slumped to a shock 2-0 defeat away to Cagliari.

The 35-year-old Portuguese attacker is on 31 goals for the season, four behind Lazio’s Ciro Immobile with only a home league game against fifth-placed AS Roma left to play.

Cagliari, who are 13th in the table, shocked the newly-crowned champions in the eighth minute when 20-year-old striker Luca Gagliano reacted quickest, stabbing home Federico Mattiello’s pass across the box to net his first goal for the club.

Things went from bad to worse for Juve in first-half stoppage time as Giovanni Simeone smashed a right-foot shot across keeper Gianluigi Buffon and in at the far post to put Cagliari two goals up.

With a first-half goal chalked off for offside, Ronaldo had plenty of chances as Juve dominated, but he found his efforts smothered by the Cagliari defence.

When his team mates did manage to get a shot on target they found keeper Alessio Cragno in superb form as Cagliari held on to win.