June 21: Longest day of the year 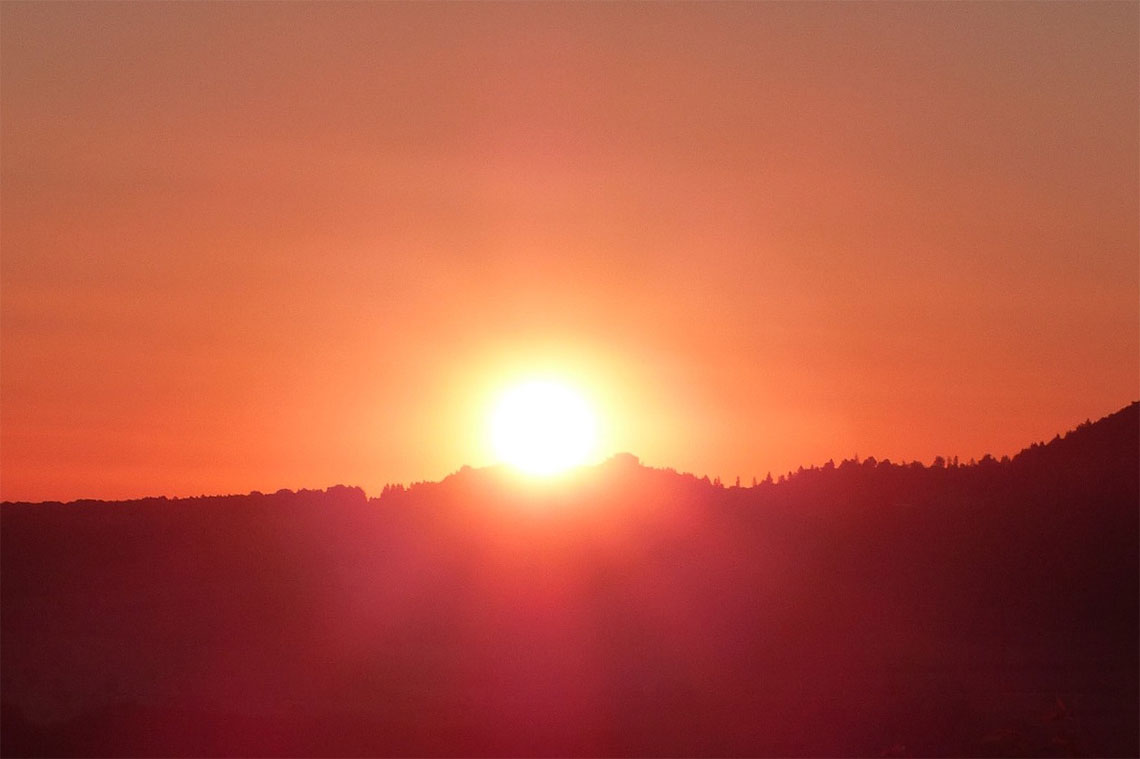 KATHMANDU, June 21: Today we are witnessing daylight for 13 hours and 54 minutes in Nepal, the longest day in the northern hemisphere of the planet.

It is also known as the summer solstice which marks the arrival of the summer season. The term ‘solstice’ is derived from the Latin word ‘solstitium’.  Sol means 'sun' and stitium means 'to stand still.' So during the solstice, the sun seems to stand still in the sky.

Today, the sun rose at 5:08 am and is setting at 7:02 pm. However, the time duration varies depending on where you leave.

This is caused by the position of the earth as it tilts on its axis 23.5 degrees when it orbits round the sun.

At solar noon on Thursday, the sun will be directly over the Tropic of Cancer, a line of latitude located at 23.5 degrees north of the equator.

The sun will be at its highest point in the sky at solar noon on Thursday for areas north of the Tropic of Cancer. These locations will experience their greatest amount of daylight of any day of the year.

Along the Arctic Circle, at roughly 66.6 degrees north latitude, the sun doesn't set on the summer solstice.

Instead, the Soon after the summer solstice, the length of daylight in the Northern Hemisphere will gradually grow shorter each day until the winter solstice in December, when the shortest amount of daylight occurs.

So as the Earth rotates on its axis, parts of the world are tilted closer toward the sun and farther away from the sun depending on the time of year.

The winter solstice and the shortest day of the year generally happens around December 21 and marks the beginning of winter.

During one of the two times in the year (around March 20 and September 22), when the sun is above the equator, day and night are of equal length.

The amount of daylight during summer solstice varies depending on where you live in relation to the Equator - the imaginary line that divides the Northern and Southern Hemispheres.

The farther north you travel away from the Equator, the longer the day is with more daylight hours.

If you happen to be within the Arctic Circle during the summer solstice, you'll experience 24 hours of daylight! But if you're in the Southern Hemisphere and within the Antarctic Circle, be prepared for 24 hours of nighttime since it will be the winter solstice down there.

This year, the summer solstice is on June 21 UTC, but depending on your time zone, you might experience the solstice on June 20. June 22 solstices don't happen very often. The last one was in 1975 and the next one won't happen until 2203.

Once the summer solstice happens, the days will begin getting shorter. It starts with mere seconds and minutes, eventually leading up to the winter solstice and the shortest day of the year on December 21.

You might notice the early dawns and late sunsets, and the high arc of the sun across the sky each day.

Earth orbits the sun once every 365 days and six hours, and our planet rotates once per day around a tilted axis.

China: Home to over half of the world’s longest bridges

China: Home to over half of the world’s longest bridges ... Read More...