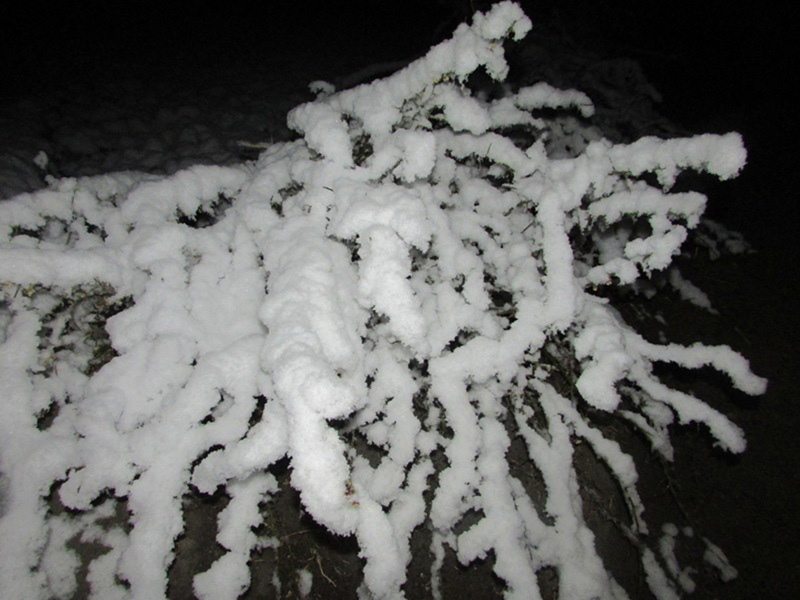 JUMLA, Jan 8: Jumla is witnessing snowfall from Saturday midnight which has thrown normal life out of gear with plummeting temperature. Last year, Jumla had witnessed snowfall in October where as this year it received snowfall in January.

The sky has been covered with clouds for the last two days and it is still snowing in Jumla. Due to heavy snowfall, district headquarters Khalanga has received at least five inches of snowfall. Similarly, Dillichur, Chumchaur, Patarasi Gothichaur, Bhumradichaur, Bota Malika, Malikathata, Ghode Mahadev and Tamti VDCs of the district have witnessed a huge snowfall.

As the sky has remained cloudy for the past two days, the local media which get their power supply from solar power are on the verge of closing down. Life has been hit hard in Jumla. The most affected are children, elderly citizens and livestock.

The snowfall has forced planes to be grounded. The forests near the headquarters have received six inch of snowfall. Shops are closed due to heavy snowfall. More snowfall is expected. 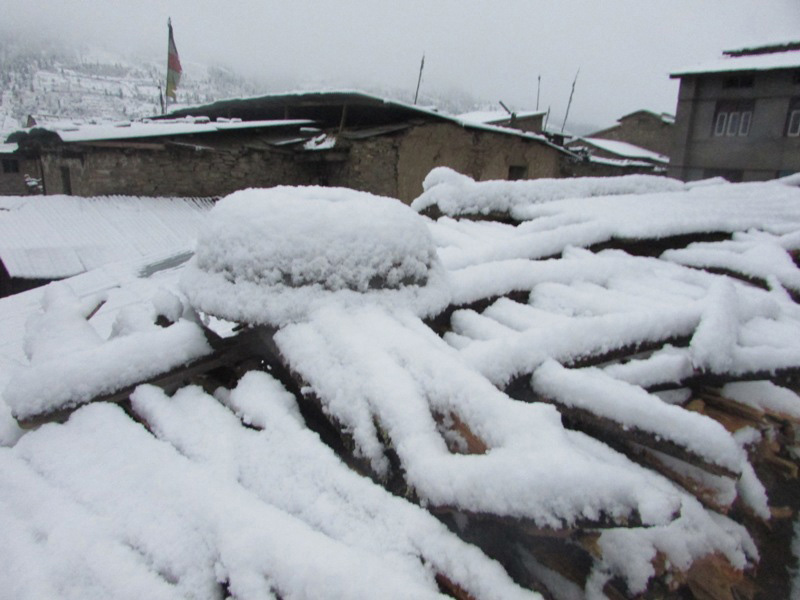 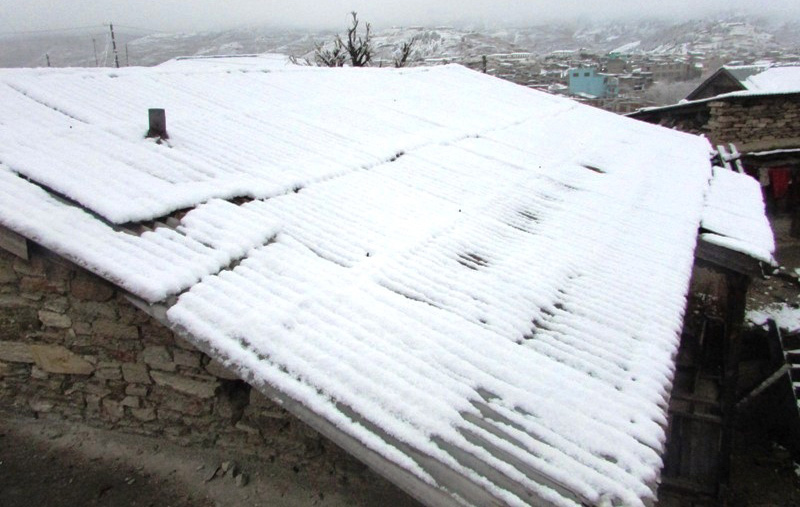 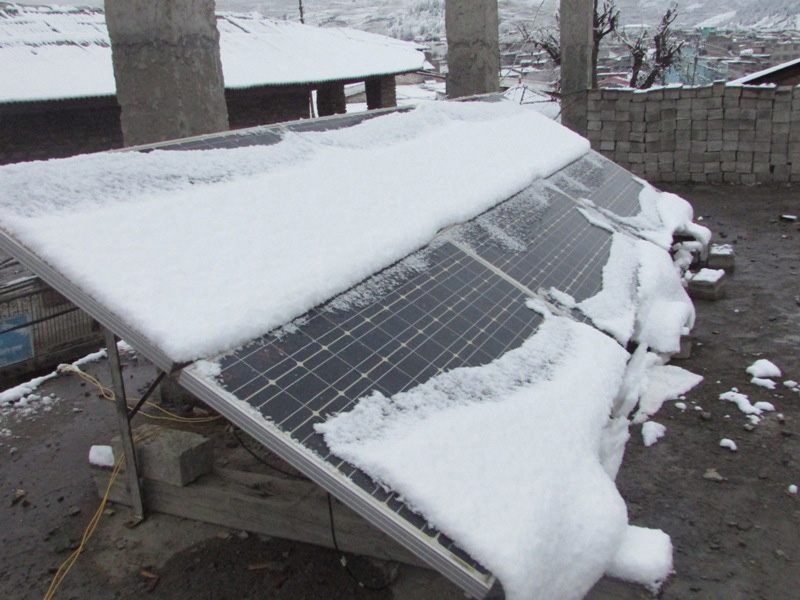 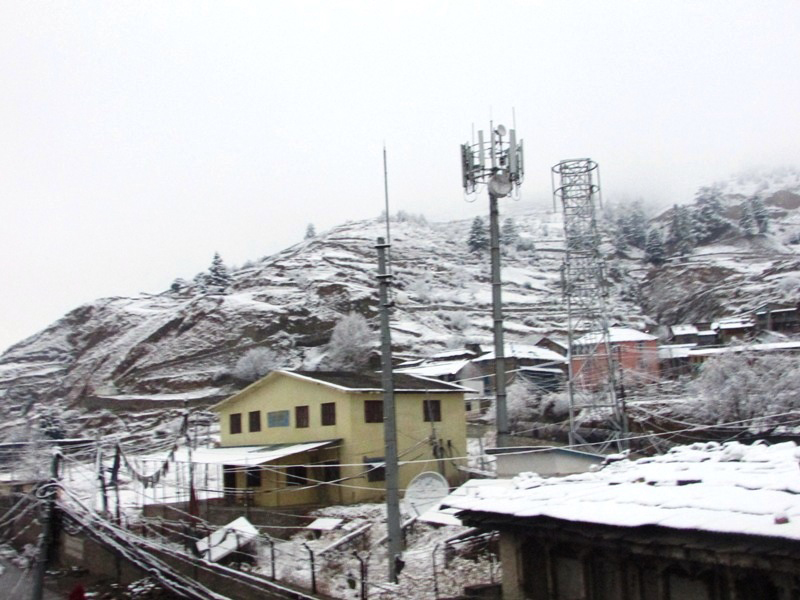 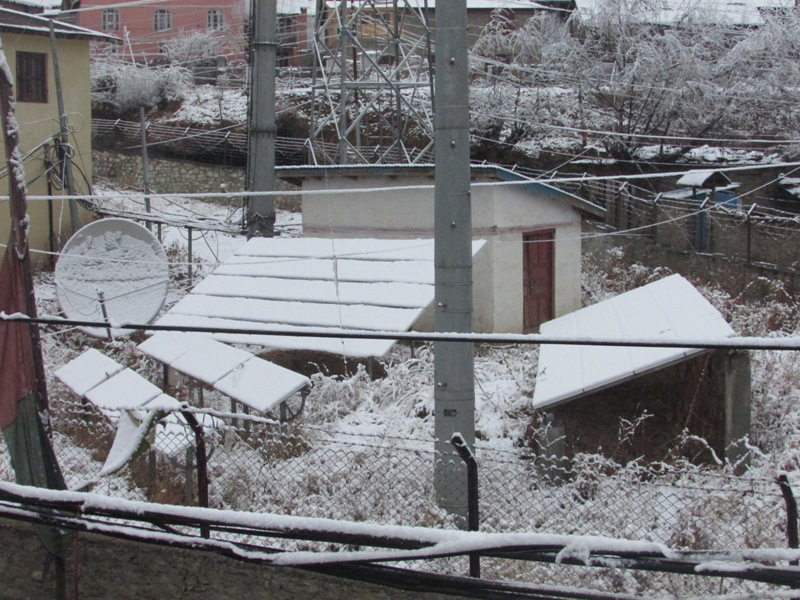 JUMLA, Jan 27: The life in Jumla has been thrown out of gear due to heavy snowfall that started since Thursday... Read More...

JUMLA, Jan 27: The farmers of Jumla are happy as the place has witnessed snowfall for two consecutive days. Farmers... Read More...

Winter crops getting dry for lack of snowfall in Jumla

I don't think the government will be in crisis: Chairman Oli
20 hours ago

Two arrested on charge of rape
14 hours ago