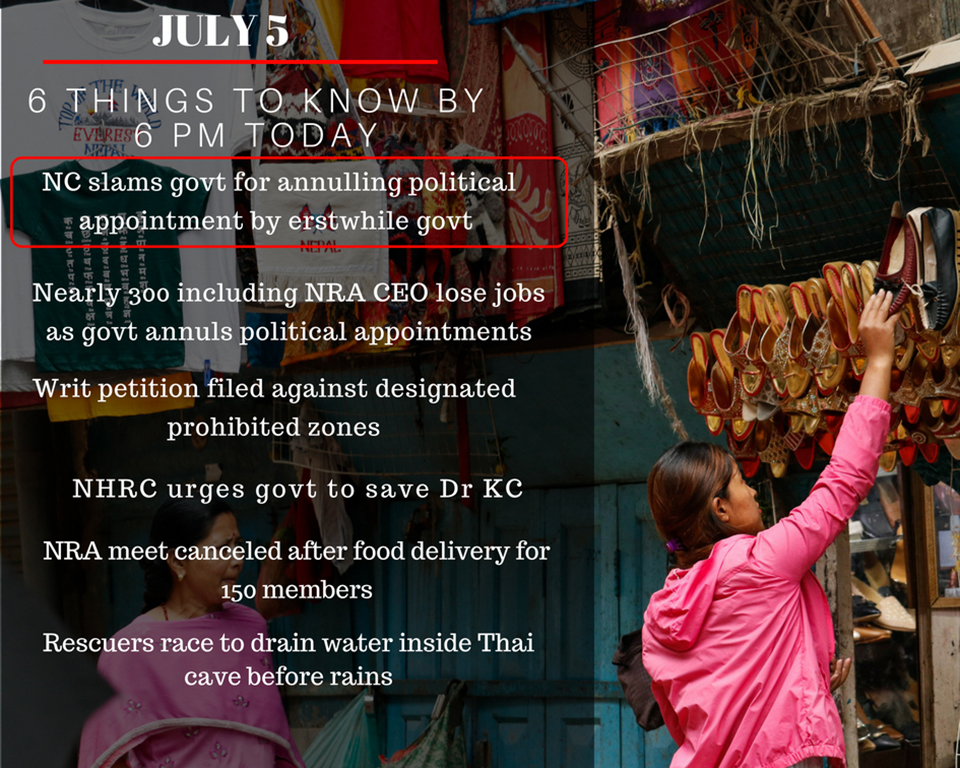 Nepali Congress has slammed government for annulling all political appointments made by the then government after the election code of conduct were introduced for the Province Assembly and Federal Assembly elections 2017.

A Cabinet meeting held on Wednesday decided to annul the appointments made on August 30, 2017, by the previous government  after the election code of conduct was introduced for the House of Representatives and National Assembly elections 2074. A writ petition has been filed at the Supreme Court seeking annulment of the government’s decision to designate prohibited zones. The National Human Rights Commission (NHRC) has urged the government to pay attention to the health condition of Dr Govinda KC, who is staging a hunger strike for six days, demanding reforms in the medical sector.

The meeting of the National Reconstruction Authority (NRA) is the first one to bear the brunt after the Oli-led government decided to annul political appointments made by the then caretaker Deuba government on August 30, 2017.

Rescuers race to drain water inside Thai cave before rains With more rain coming, Thai rescuers are racing against time to pump out water from a flooded cave before they can extract 12 boys and their soccer coach with minimum risk, officials said Thursday.