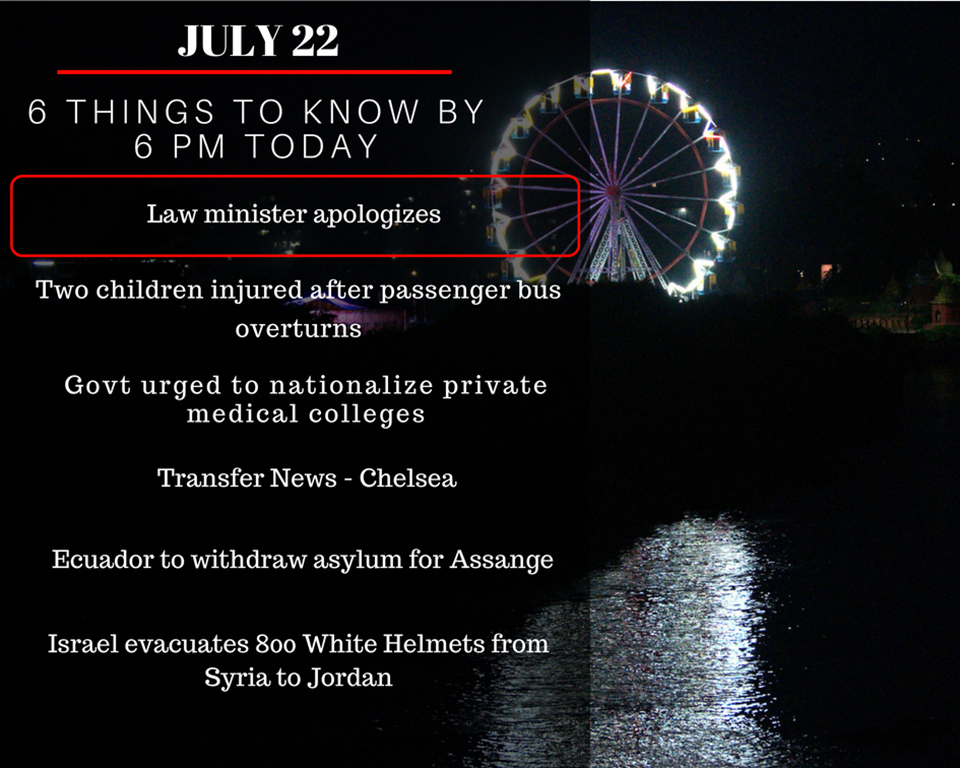 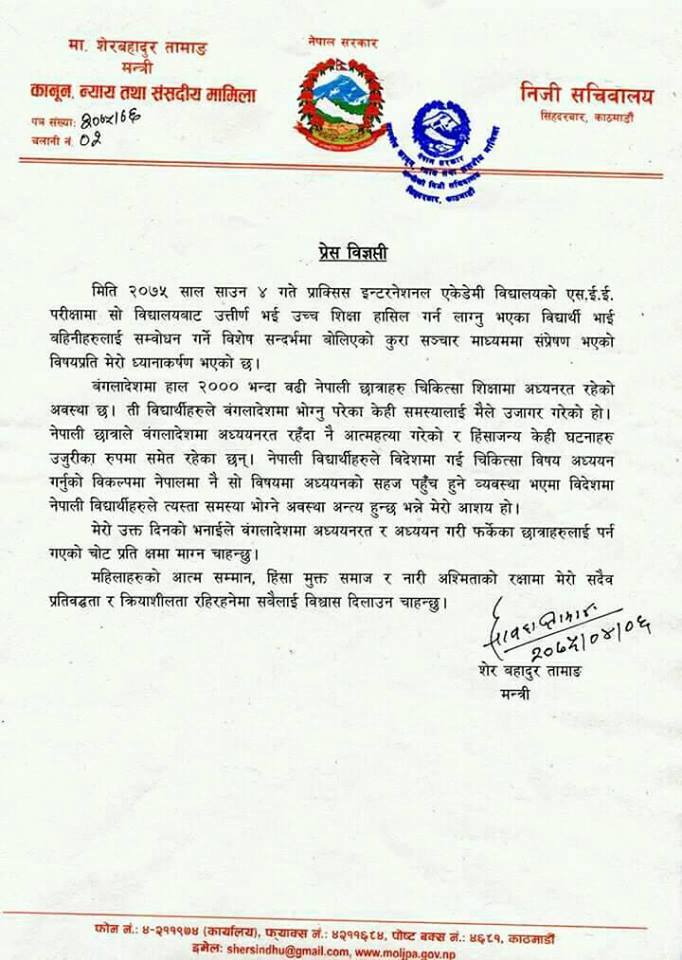 Issuing a press release, Minister of Law, Justice and Parliamentary Affairs, Sher Bahadur Tamang apologized for the remarks he made against female students pursuing their MBBS in Bangladesh. 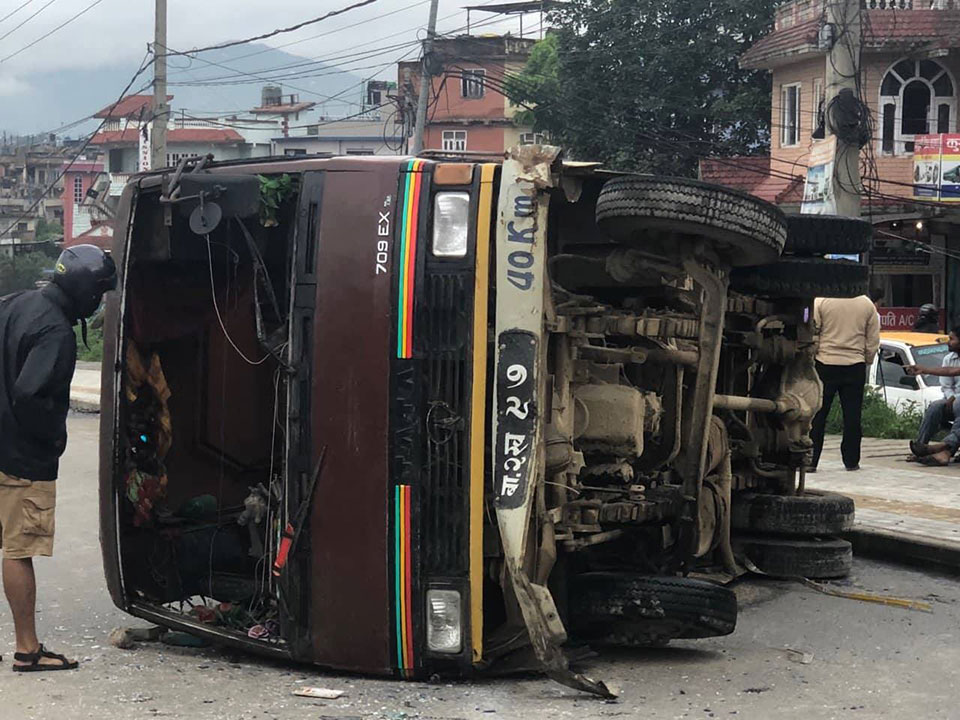 Two children, Yunika and Sujita Giri, 15 and 16 years old respectively sustained minor injuries after a bus they were on overturned after hitting a culvert’s edge near Ekantakuna yesterday. According to Hachhetu, three major reasons of increasing accidents in the stretch include absence of divider, lack of traffic signals and limited zebra crossing.

The sister wings of ruling Nepal Communist Party (NCP) have demanded to nationalize all private medical colleges. The joint meeting of youth federation, young communist league, ANNFSU and ANNFSU-Revolutionary held in the capital on Sunday has decided to urge the government to move ahead with the nationalization of all private medical colleges which will be the better option for the government. 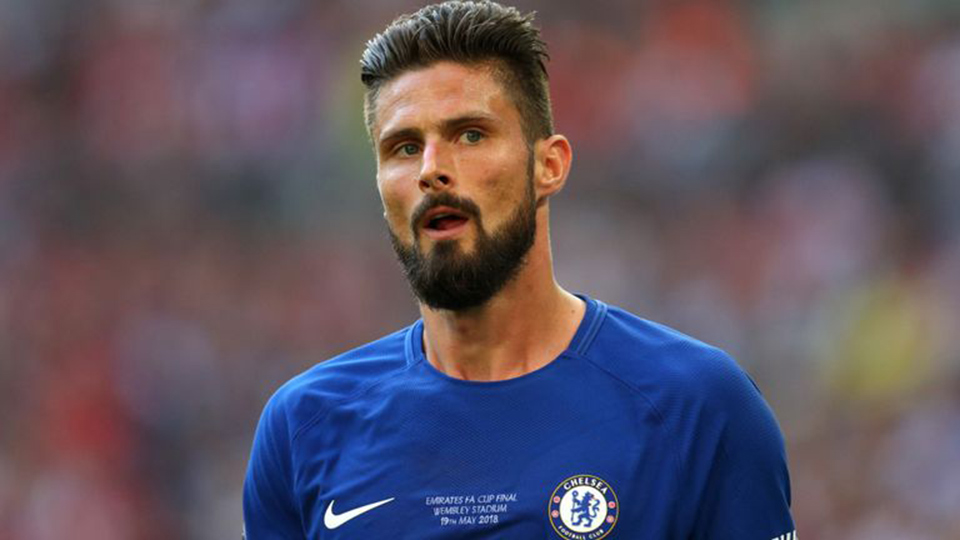 Atletico Madrid have approached Chelsea over the possibility of taking Olivier Giroud on loan, according to  sources. Barcelona have launched a third bid to sign Chelsea winger Willian which is in excess of £55m. 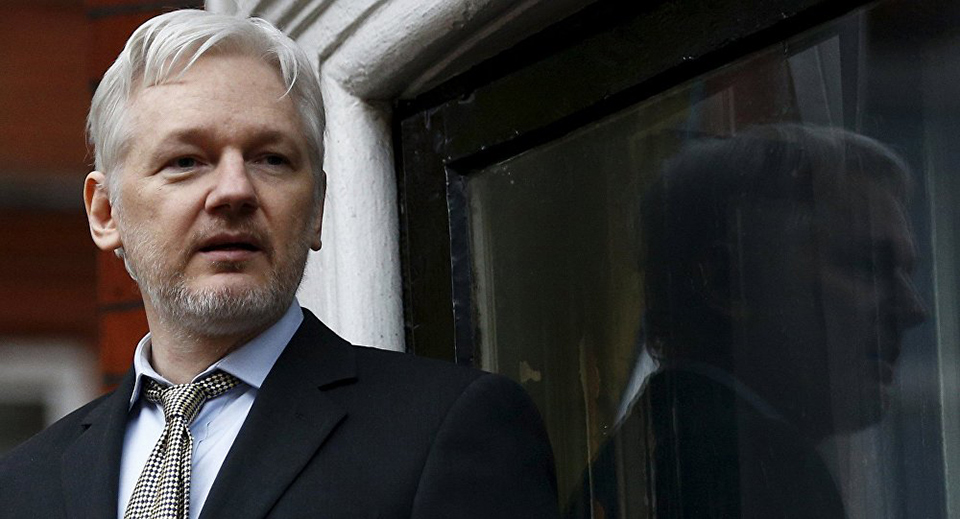 A source close to the Ecuadorian Foreign Ministry and the president's office, refusing to speak publicly, has confirmed that Moreno is close to settling if he has not already settled, an agreement to hand over Assange to the UK within the next several weeks, the Intercept reported. 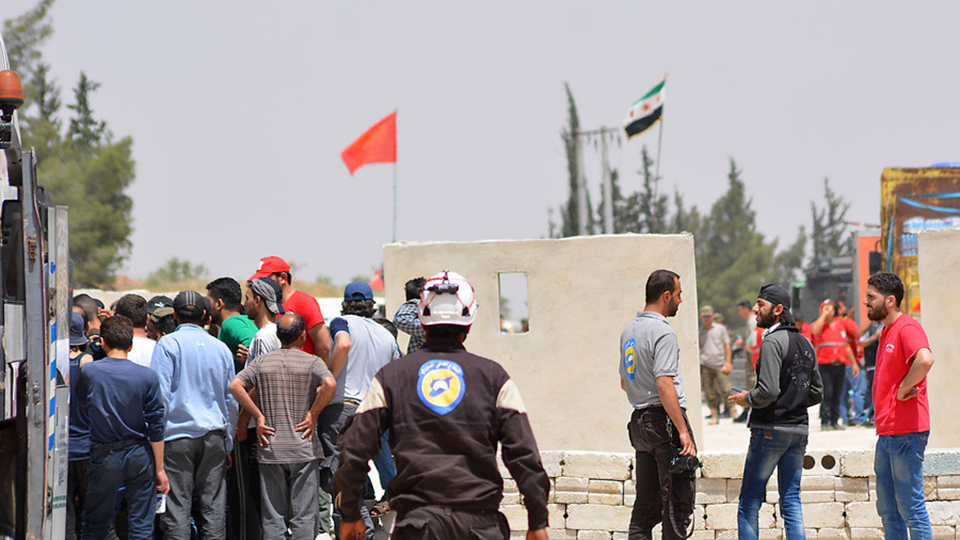 Israel has evacuated some 800 members of the controversial Western-backed White Helmets from Syria to Jordan to be resettled later in the UK, Canada, and Germany, according to statements from Tel Aviv and Amman.