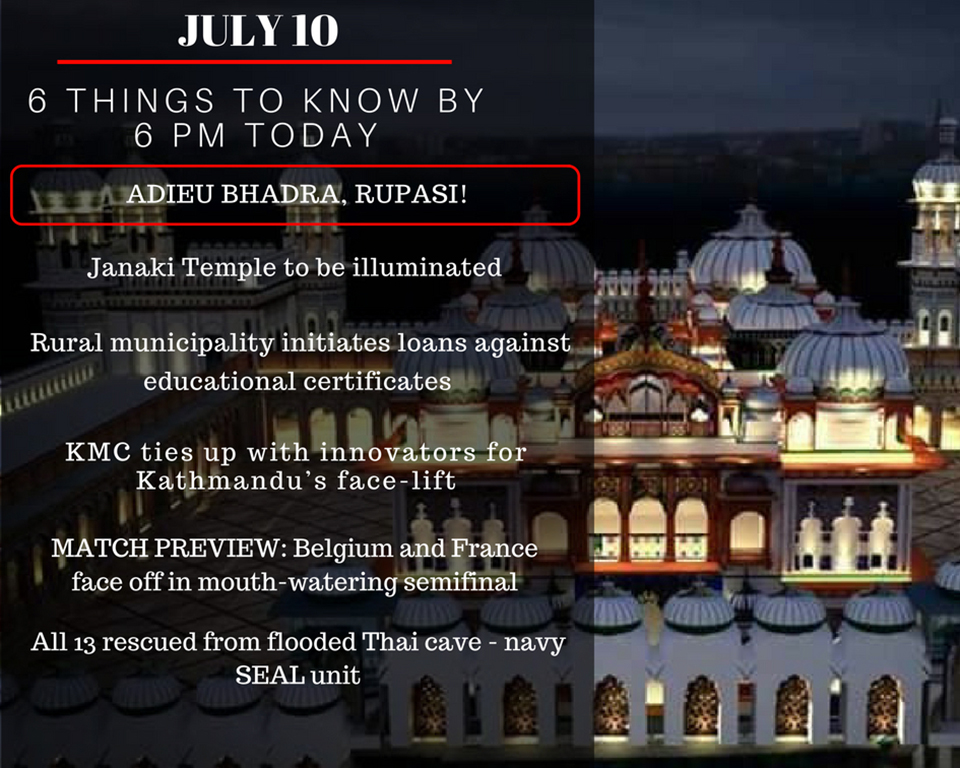 Two of the four rhinos, Bhadra and Rupasi have been forced to leave their natural habitat at Chitwan National Park and embark in an arduous journey to Kathmandu and then, to China as gifts from Nepal. The two rhinos will be transported in trucks using the Narayangadh-Muglin road that has been obstructed frequently by landslides.

Janaki Temple to be illuminated An agreement has been reached between the Non-Resident Nepali Association and Janaki temple to illuminate the temple in a modern style while retaining its aesthetic values. The beautification and illumination of the Temple dedicated to Goddess Sita will be concluded at the cost of Rs 50 million. Bagnaskali rural municipality of Palpa has started to provide loans to promote self employment in agriculture and animal husbandry after youths present their education certificates as collateral. The municipality hopes to reduce foreign employment trends and plans to continue for next fiscal year as well.

KMC ties up with innovators for Kathmandu’s face-lift Kathmandu Metropolitan City has initiated a public private partnership with adGuru to install smart street signs throughout the Kathmandu valley. The newly installed street signs are such that it will help the Kathmandu metropolis to generate revenue that it can prioritize on other priorities. By giving pre-information in traffic, it is also expected to ease congestion.

MATCH PREVIEW: Belgium and France face off in mouth-watering semifinal Roberto Martinez’s swashbuckling Belgium side heads into Tuesday’s semifinal with familiar foes France as the World Cup’s leading scorers, but its old rival has evolved as the tournament has progressed and will also be full of confidence. Only 25% of bank's branches to be opened
40 minutes ago