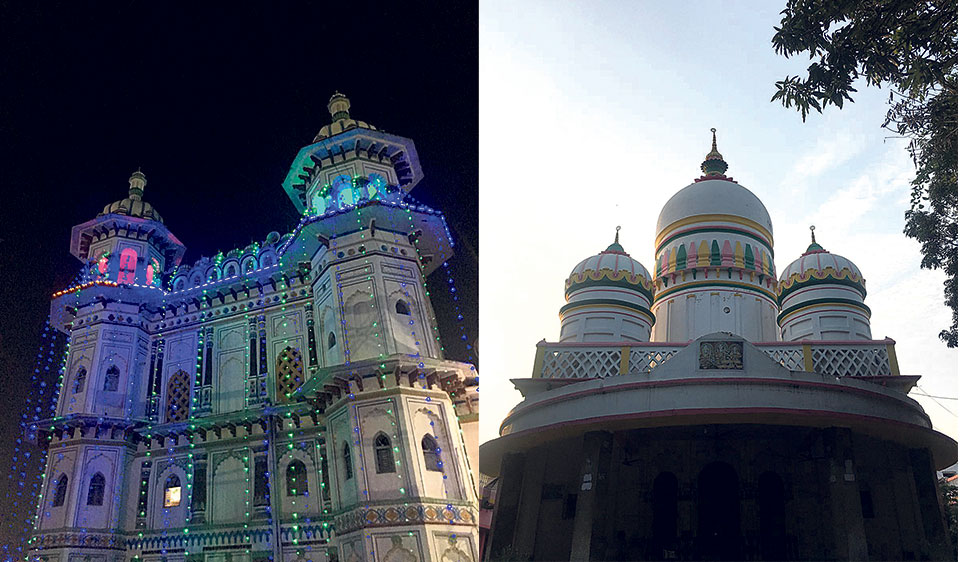 My trip to Janakpur was an impromptu one, something my friend and I decided on a day before we departed. So, I didn’t really have big expectations from or detailed plans for this trip, which turned out to be for the better. I’ve finally understood why people say ‘unplanned trips are always the best.’

The timing for the trip also worked out well since I was there while the three-day Chhat festivities were taking place and, as that is one of the biggest festivals there, the whole city was celebrating.

However, the biggest highlight of my trip to Janakpur was definitely the Janaki Mandir. It was a temple I had seen photos of and have been reading about for years. When I reached Janakpur, the Janaki Mandir was the one place I was really excited to go see as soon as I could. I don’t think the photos of Janaki Mandir do justice to its grandeur since the temple looks a million times more beautiful when you see it in person.

Firstly, it’s huge and it’s this that hits you. You are just wowed by the massiveness of it.  The locals said that at least a hundred thousand people stop by the temple during Chhat and because I spent more than four hours – right around the time when you’re supposed to be doing the puja – at the temple that day, I experienced that live. However, even with that huge inflow of people, the temple premises never felt stuffy or crowded. I think it’s also because a large portion of the temple is colored white which gives it an illusion of being bigger than it actually is.

In photos, you also miss out on all of the detailed carvings and coloring done on the walls and the overall structure of the temple doesn’t come across as grand as it is. Previously, I’d always thought that the temple was full white with a few details done on its walls in black and yellow but, turned out, the temple has a lot more colors. Many structures make up the temple and these too deserve a closer look. I visited the Janaki Mandir multiple times every single day when I was in Janakpur and I’m still not over how beautiful it is.

The only thing I was disappointed with were the lights that were strung up at the front of the temple. Whoever hung them up did a lazy job and simply dropped a dozen lights from the roof. I saw a picture of the temple during last year’s Vivaha Panchami (festival celebrating the wedding of Ram and Sita) and they had decorated the whole structure with lights in a way that further emphasized the colorful details. Sadly, that wasn’t the case when I was there but that didn’t take away from the temple’s stunning beauty either so I guess I shouldn’t really be complaining.

Lots of other temples and sites with religious or historical importance are also located near the Janaki Mandir including Ram Mandir, Sita-Ram Vivah Mandap, Ratna Sagar pond, Sankat Mochan temple, and the Dulha Dulahi temple. All of them are within walking distance of one another so you can actually visit all of these sites on the same day.

I was pleasantly surprised to see many lakes and ponds in Janakpur. I don’t think it’s a stretch to say that every area probably has at least one pond. This makes it easier for women who fast and pray during Chhat – all of the praying and puja for Chhat takes places around a body of water (mostly either a river, a lake or a pond) – as they don’t have to travel too far or fight for a spot.

I spent majority of my time in Janakpur just walking around the city, observing the people, their culture and the surroundings. One thing that stood out was how colorful every house was in Janakpur. I saw houses in every color imaginable but there also seemed to be a slight bias towards the color orange as many houses were painted in the vibrant color. I also visited a village, Fulgama, that is about a 30-minute tuk-tuk ride away from the city and even here all of the houses – even the ones made from mud and wood – were painted in the brightest of colors.

Traveling in and around Janakpur isn’t that big of an issue. You can get on a tuk-tuk from any part of the city and the fare is quite cheap. But I would suggest that you agree on a price beforehand as some drivers may take advantage of the fact that you aren’t a local and try to charge you a inflated rate at the end of your trip. This almost happened to me a couple of times but I somehow got out of these situations without overpaying.

Apart from commuting potentially costing you an arm and a leg if you aren’t careful, Janakpur is actually quite budget-friendly. The hotels are reasonably priced and the food too is affordable. The city feels chaotic yet serene and the people are hospitable and courteous. They will answer your questions to the best of their abilities and do it with a smile. All in all, Janakpur is delightful and so, a trip to Janakpur should be on your list. It’s definitely on mine again. 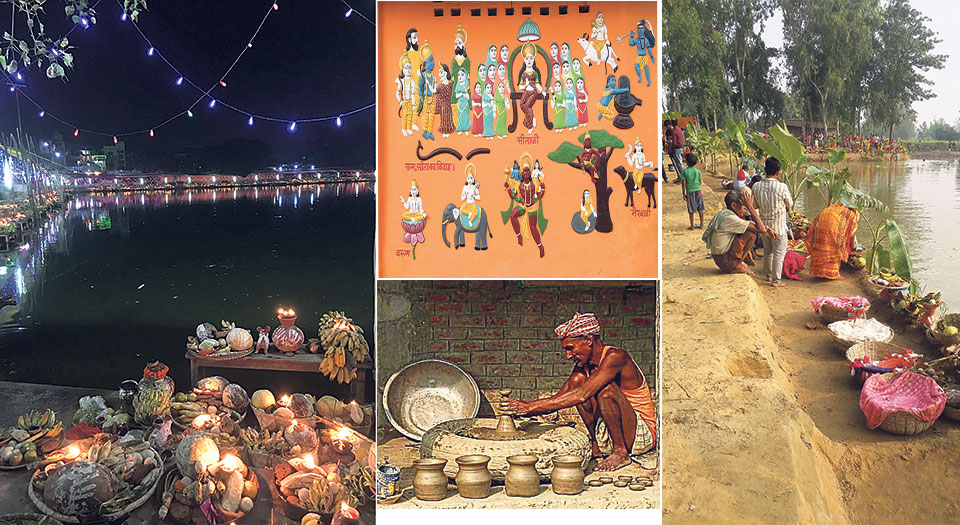 KATHMANDU, May 7: A high level team led by Foreign Minister Pradip Gyawali will be travelling to Janakpur today to... Read More...

DHANUSHA, Nov 2: The preparations for the visit by Indian President Pranab Mukherjee are nearing final stages in Janakpur. ... Read More...

Induction stove an alternative for people during lockdown
19 hours ago
NA plane departs for Guangzhou, China to bring medical equipment
12 hours ago

'Medics at some private hospitals working without PPE'
19 hours ago

Amid shortage of PPE, National Innovation Centre begins its manufacturing in Bhaktapur
12 hours ago