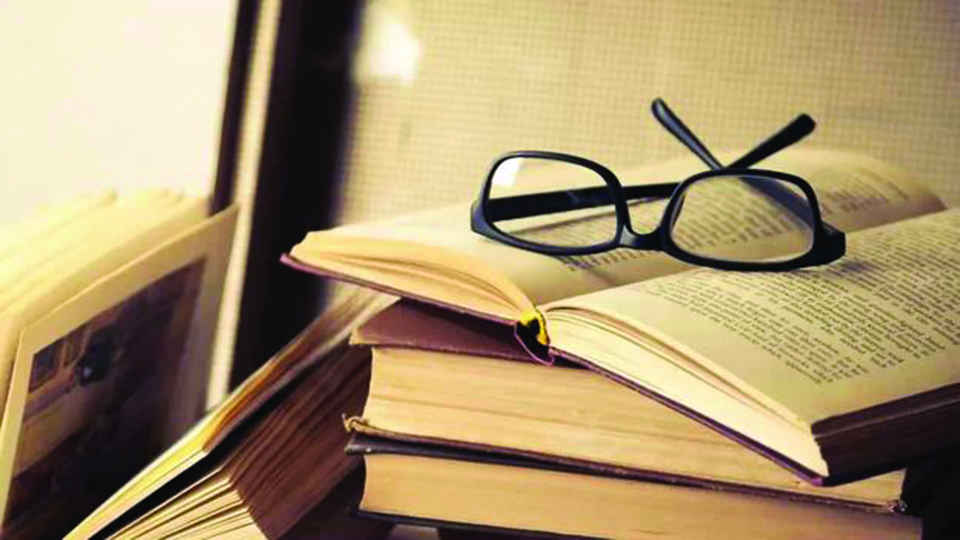 “Have you read my books”? BP Koirala asked. Then he picked one, gave it to me and said we’ll discuss about it after you finish reading. It was “Sumnima”

The other day while running some errands I noticed a new boutique recently opened in Kopundole.  Its name was Sumnima Bastola. The name sounded very familiar. It reminded me of my friend Madhu who always said, ‘If I have a daughter, I will name her Sumnima after BP baba’s character.’ She did get married to Chakra Bastola and had a daughter and she named her Sumnima, but I had not had an opportunity to meet Madhu after her daughter was born, as she passed away quite young.  Any way putting all that aside, I looked at the display window and noticed some very nice artistic print on the saris on display.  For some reason those prints took me back to the 1970s in Banaras.

I had just returned from Nepal and had joined a new school.  It was during summer time.  I remember BP kaka was still living in Mahmurgunj.  We lived in Bhelupura. Baba had a habit of going for morning walk and I used to accompany him.  Baba and I used to visit him every day after our morning walk.   One day when we went, BP kaka was in his small study.  We went inside and I saw a neat display of books on a small shelf against the wall.  I think he noticed me looking at the books.  He asked “have you read my books”? I knew he wrote but had not actually read his books. I told him that I had not.

He picked up a book from the shelf, gave it to me and said, ‘take this book and after you are done with reading, we will discuss about it.” It was Sumnima.

After I finished reading the book I thought I should do something nice for him too.   So I set up making a nice bookmark for the book.  I converted a pattern from our towel into a bookmark. Inserted a bunch of mixed colors of embroidery thread and tied them together to form a tassel. It looked very fancy. Next day I took the book back to him with the bookmark inserted. BP kaka looked at the bookmark and thought I forgot it there. He pulled it out and handed it back to me. When I told him it was for him to use, he just smiled, took the bookmark and put it back.

He smiled and said, ‘you are one smart person.’ I was puzzled as to what was it I said that made him smile. Immediately he continued, ‘telling the writer something that makes him happy, that is, you like his writing style’. He got back to his meeting with some party members one more time.  Gradually BP had me reading all the books that he gave to me one book at a time.  I was happy I had the opportunity to read BP’s choice of books. This was my first time reading Nepali literature, that too BP’s books. This was also the time I sampled other genres of book but in English and Hindi.

In our Banaras home my father had a shelf full of books.  I always looked at it and got bored just thinking of reading them. One day my father picked out the smallest of the books and asked me to read.  It was George Orwell’s Animal Farm. Initially I thought it was boring but later I got caught up and finished it.  Then I asked baba for another book. He almost handed me Orwell’s 1984 but said ‘don’t try to read these books they are adult books not meant for children.’  As soon as he left I picked up the book and started reading and finished it in a few days.  Gradually I started reading the books, one book at time and finished reading all the books in record time.  Now I realize it was his work of reverse psychology that came into play here.  The other person who helped me with books was Jethamosai.

Jethamosai and his wife Jethimaa were our neighbors in Banares home. Jethamosai was into reading books of all kinds. He shared his books with me.  Most of them were more of detective type.  This is when I got into reading Perry Mason series by Erlec Stanley Gardner.  At the time I also got in to reading some books by Harold Robbins. While I was reading all these I was also reading Bengali books by RabindraNath Tagore. During the same time I was reintroduced to Nepali literature one more time by Dilli Ram Timsina.  Later he also acted as my local guardian during my final year of master’s program at Banares Hindu University (BHU).

He was my father’s friend and was the head of Nepali department at BHU.  We visited him frequently.  At one such visit he asked me if I had read Nepali literature.  I told him yes but only limited to BP’s books.  So he said now was my time to read other writers as well. The first book that he gave me was Shiris Ko Phool by Parijat, another psychological story. By then I was reading a lot of books.  I remember one incident from my college days.

During my master’s final year I stayed in the hostel, because my parents had returned to Nepal after 18 years of self-exile, after being granted amnesty. As usual hostel life in itself was crazy.  It so happened that one of our friends had gotten hold of the book The Godfather by American author Mario Puzo. It was quite popular book at the time. Rumor had it that it was a very intense crime novel.  Soon after there was line of people, wanting to read the book.  So I too got into the swing and signed up to read the book. Finally when I got hold of the book, it already had dog-ear on pages that had faithfully served as bookmark.  It was quite a fat book. Anyway, I finished the book in a day—spending most of the day and night reading it. At the same time I also got into reading romance. One of my friends studying medicine had a huge collection of Mills & Boon books.  By the time I left the hostel, I had finished reading all the books that she had. Now when I think about all these days, I also remember my first books during my childhood days from Kolkata.

Those books were ‘Robins and Crusoe’ and ‘Snow White’. I don’t remember buying any other books except comic books because I found out another way of reading books and comic books without spending any money. There was a small bookshop close to our school.  I used to go there almost an hour before the school started and read comics. Those comics were not very expensive. Sometimes I saved up my tiffin money to buy a few of them.  I know by now some of you must be thinking, ‘why am I telling all these stories?

I just wanted to share with you how thoughts progress. The working of mind is different for different people.  Usually one thing leads to another but the mind is fully aware of the initial click that led to the trail of thoughts connected to one another. I know you also go through similar situations. Often we have to jolt ourselves out of our thoughts. Why don’t you close your eyes and see if you can rerun some of the events in your life. You might be pleasantly surprised as to how much you remember. It is not difficult, right parents?

A journey through books

Anura Shrestha, a fourth year undergraduate student at National College, claims that she cannot live without books. “Books have been... Read More...

The establishment of youth clubs is on the rise in Nepal. Most of these associations, led by youths themselves, aim... Read More...

PHOTOS: COVID-19 patients being treated in hospital corridors
20 hours ago

Where to contact if someone needs Remdesivir?
3 hours ago

Only essential services to remain open from today
2 hours ago

Kathmandu DAO urges hospitals to not create panic
3 hours ago

Hamas hits deep in Israel, which vows to keep pummelling Gaza
3 hours ago

Where to contact if someone needs Remdesivir?
3 hours ago