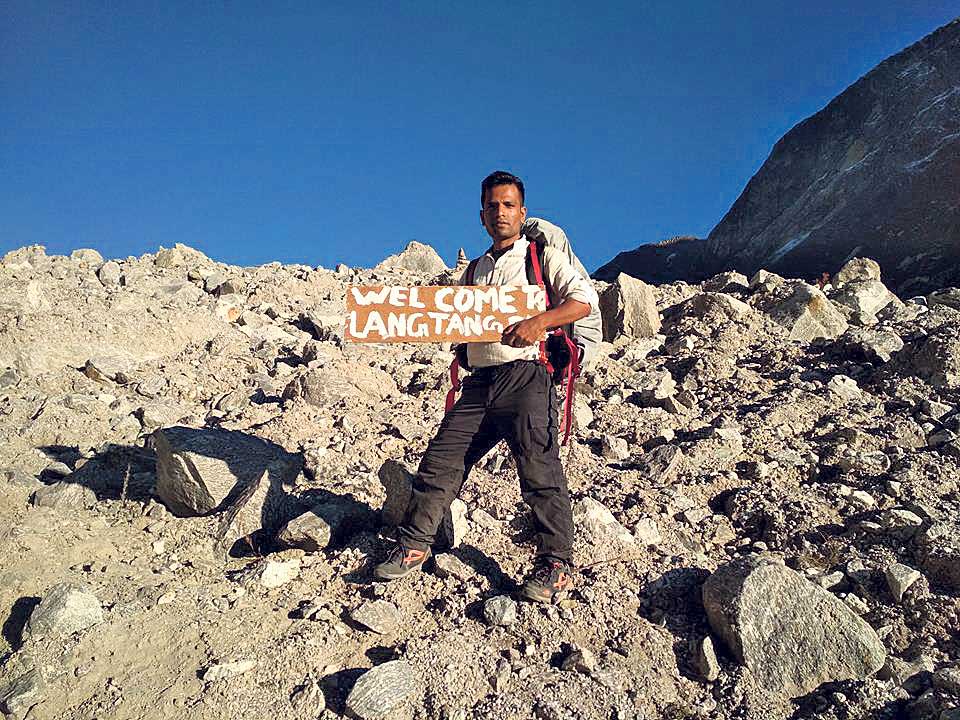 KATHMANDU, Feb 4 : National Tourism Entrepreneurs’ Association (NTEA) has felicitated journalist and author Ashok Silwal, recognizing his works in response to the damages caused by earthquake in the Langtang area.

The award carries a certificate and a purse of Rs 25,000.

Silwal was previously given a title of Langtang Goodwill Ambassador for his contributions to the promotion of area.

Silwal had travelled to Langtang on foot after the devastating earthquake of April 25, 2015, for relief works. He made documentaries of the area in order to draw local and global attention to bring support for reconstruction of the famed tourist spot. He had prepared two documentaries -- ‘Home Returning People’ and ‘Waking and Walking’ -- about the damages caused by the earthquake in the region.

Siwal had also prepared a report on damage assessment of Langtang on his own and written several articles to draw national and global attention to the area.

Earlier, Trekking Agencies’ Association of Nepal had also felicitated Silwal for his works in Langtang.

Nepali writer and journalist, Aswini Koirala was recently honored in Japan for his outstanding contribution in the field of Nepali... Read More...

KATHMANDU, Feb 8: Police has arrested a man who stole people's belongings in the guise of a journalist. ... Read More...