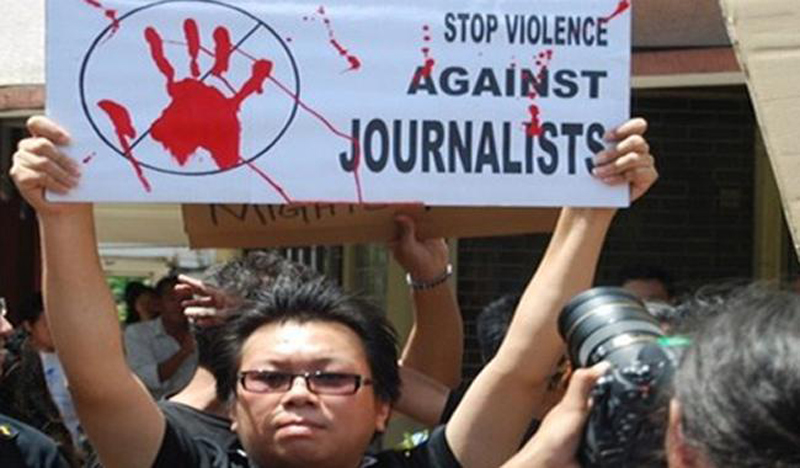 One journalist is killed every four-and-a-half days, according to a shocking report released by UNESCO on Wednesday.

During the last decade, 827 journalists have been killed while on the job, the UNESCO director-general´s report said.

The worst hit areas were Arab States including Syria, Iraq, Yemen and Libya. Latin America is the next worst affected region, the Safety of Journalists and the Danger of Impunity report said.

Unsurprisingly, most deaths — 59 percent over the last two years of the 2006-2015 report — happen in conflict zones.

Perhaps most alarming was the increase in journalist deaths in Western Europe and North America, up from none in 2014 to 11 last year.

Local journalists are far more at risk than foreign journalists, accounting for 90 percent of the victims.

But there was a huge spike in foreign journalist deaths in 2014 with 17 killed compared to an average of four in previous years.

Last year saw a massive increase in online journalists being killed, with 21 compared to two in 2014. Almost half of those were Syrian bloggers.

The report found that more than 10 times as many men are killed than women — 195 to 18 in 2014/15 — while television journalists have overtaken print hacks as the most vulnerable.

The report noted that death is not the only harm journalists are exposed to.

“The extent of the risks faced by journalists is demonstrated by the 827 killings recorded by UNESCO over the course of ten years,” said the report.

“To this, one needs to add the countless other violations endured by journalists, which include kidnappings, arbitrary detention, torture, intimidation and harassment, both offline and online, and seizure or destruction of material.”

The report was requested by 39 member states of UNESCO´s Intergovernmental Council.

KATHMANDU, July 5: A report released by Geneva-based Press Emblem Campaign (PEC) has stated that 38 journalists were killed in... Read More...